The Society of Ancients BattleDay 2013
Chalons 451

This year's BattleDay was full to capacity ... I had hoped to put out some SoA gear while the talk was in progress but I listened to Simon instead - the room was full and over-spilled out into the lobby and I didn't want to disturb anybody.

That was all good as the introduction was very interesting, and people were not wanting to browse til lunch anyway.

There were 13 different rules represented, with two interpretations each of the ever popular DBMM, Armati and DBA (/Big Battle DBA etc.).   Wow! 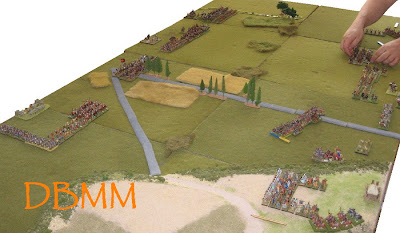 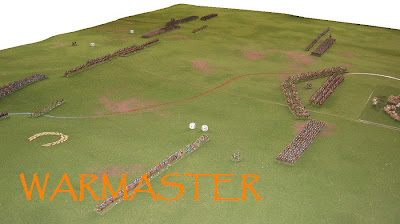 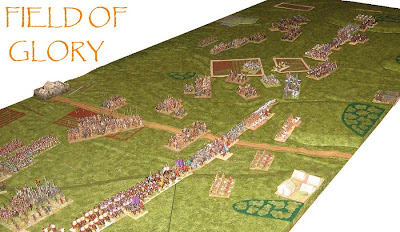 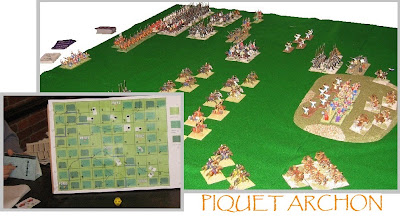 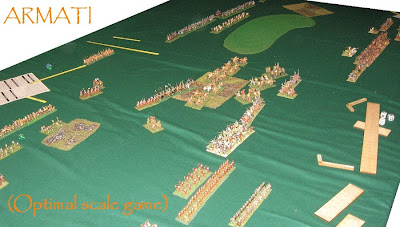 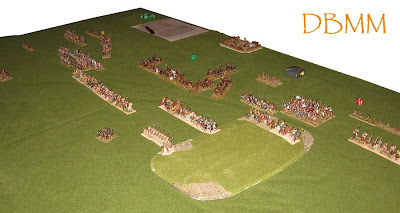 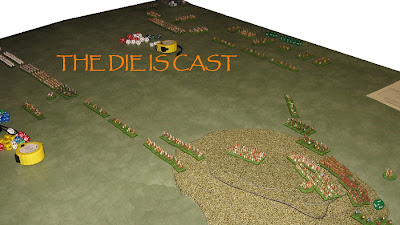 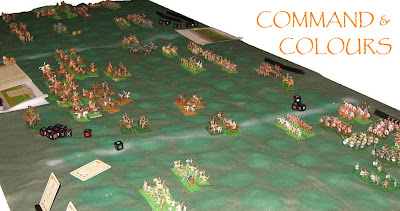 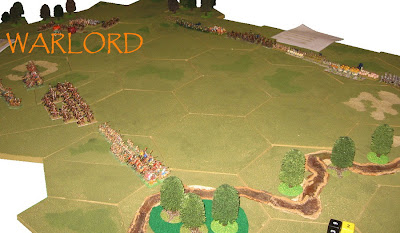 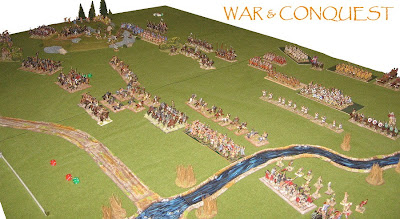 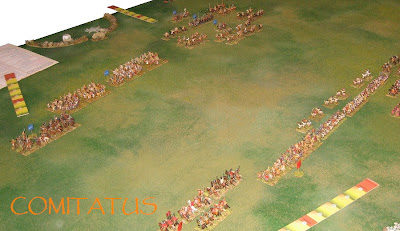 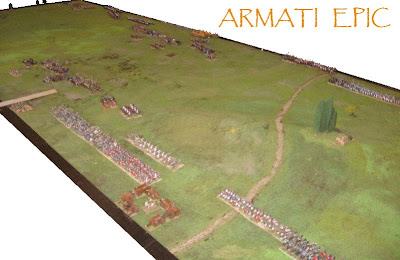 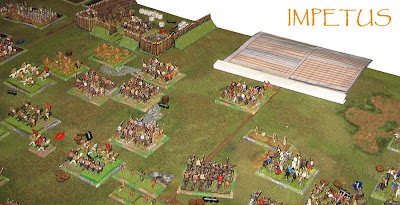 I hope the pictures speak for themselves: most of the games were presented in 15mm (C&C:A was done with 20mm plastics, HC and W&C with 28mm, Warmaster and The Die is Cast 6mm) - the presentation of many of the games was remarkable ... 6mm and 15mm in particular doing a wonderful job of capturing the rolling landscape of Chalons.

The prize for the best terrain went to Mark Craddock's hyper realistic foam mat (which uses an ingenious system of magnetic grips to hold the game surface to the landscape structure) for the Armati Epic game ... and the overall best game went to Simon MacDowall's Comitatus.

Both seemed to have a cast of thousands, all beautifully turned out.

Organiser Richard Lockwood had, as usual, prepared a set of souvenir figures to award to notable deeds and anecdotes ... 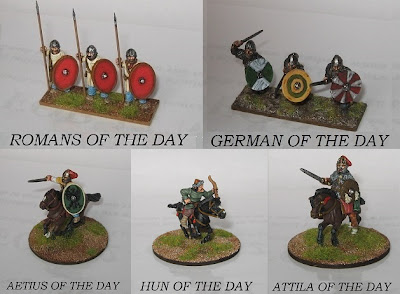 It gives him a good excuse for circulating amongst the games collecting impressions and noting down the stories players always tell.   I was fortunate again: an ex President who commanded the Alans and defeated in personal combat the new President (who had taken Attila's contingent opposite).  It got noticed.

It was not enough to win us the day as no sooner was the great warlord killed than alarm spread across the battlefield at the death of Aetius too.   The Alans packed up and left (the Roman alliance proving more precarious than the Barbarian) ...

This was in the epic Armati.   It was not untypical.

Here are some close ups ... 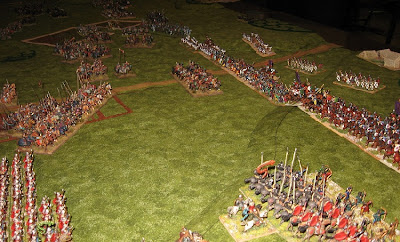 It was great to see FoG at the event (I think for the first time): another big game on a striking textile print.   Very effective. 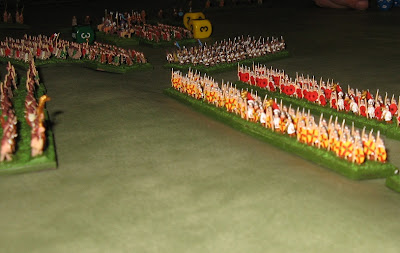 (The Die is Cast)

I was impressed with the 6mm games and managed to get my camera close to Justin 'VVV' Taylor's forces (The Die is cast) ... The figures are by Baccus. 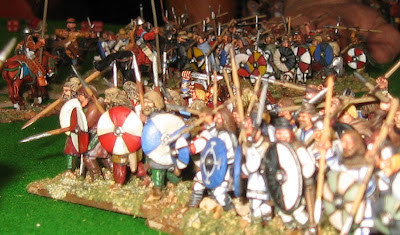 At the other extreme, and much easier to get at were these 28mm Germans in the Hail Caesar game. 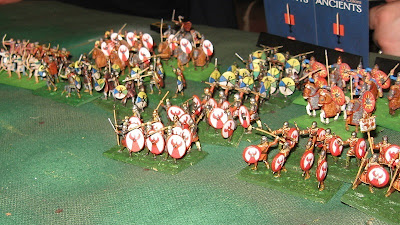 ... and how about these beautifully presented 20mm Romans ...

However, it may not surprise regular readers that my favourite figures were the 15mm collections on the epic DBMM, Armati (Epic) and Comitatus tables: 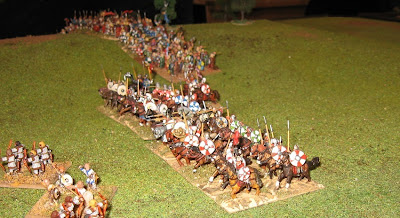 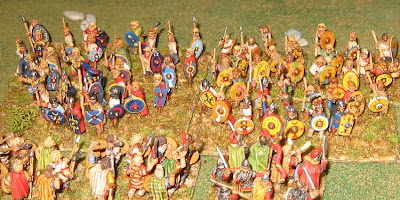 (battle at close quarters in the Comitatus game) 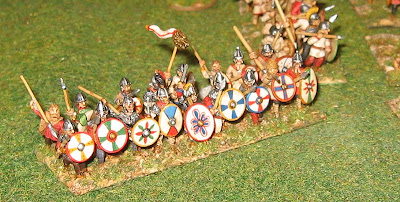 I hope this whets your appetite for forthcoming articles and reports which, as well as on blogs and websites, will form a good chunk of Slingshot material over coming issues.

At the end of the afternoon, Richard did his debrief and introduced the awards and prizes presented by Society President, Roy Boss. 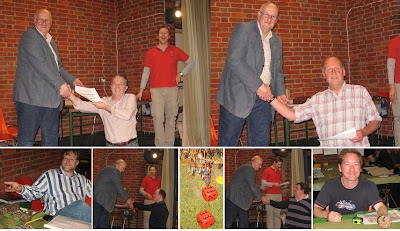 Missing from the mugshots is your humble blogger/photographer who received the Attila award for killing the Hunnic warlord in melee.   As I was the cameraman at the time, I have inserted a picture I took during the game recording the skills I used to take down the mighty warrior!

Sorry this blog entry has been delayed a while - it took a while to edit all these photos ... 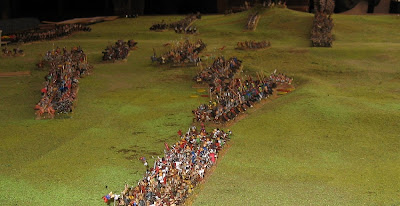 Thanks for posting, Phil. I hope to make it one year...