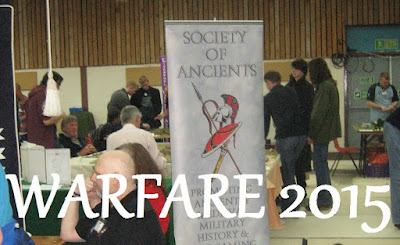 For Warfare this year I booked in with John Curry to do a History of Wargaming Project recreation of  a Tony Bath wargame from the 1960s ... it is the 50th anniversary of his founding of the Society of Ancients, so it seemed appropriate ... 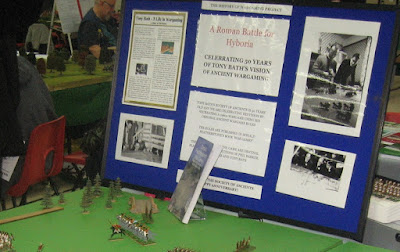 (so here we are on the Saturday doing our own thing) 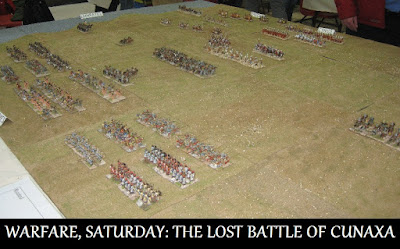 (meanwhile here is the Society of Ancients lost battle) 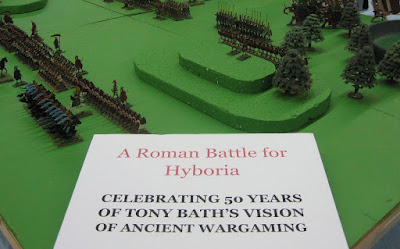 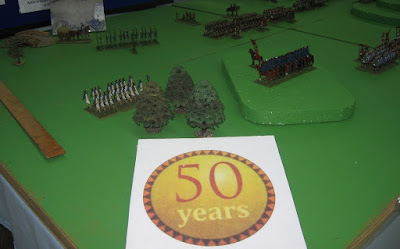 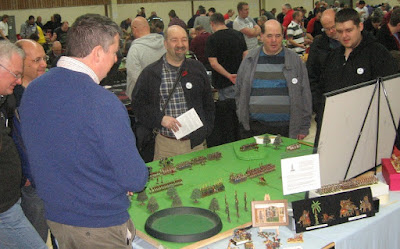 We were fully occupied all morning explaining the game, the flat figures, the history of wargaming etc. so it wasn't until the afternoon that we got to play properly ... 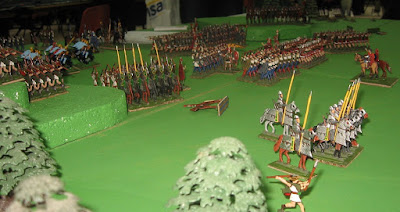 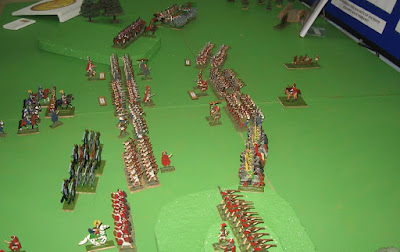 (the original ancients game with the original figures: the battle lines close, John redeploys his cavalry) 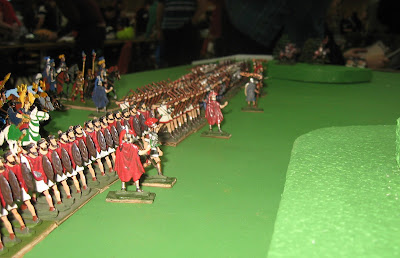 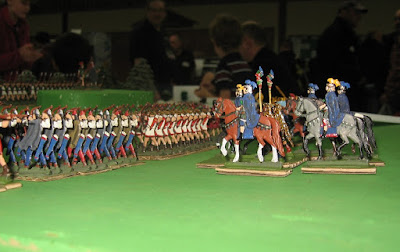 Meanwhile, back at the Society stand, Cunaxa was refought 3 times ... 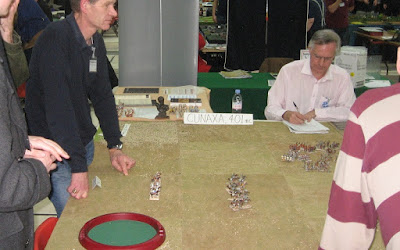 (the lost battle of Cunaxa ... Phil Sabin notes down the scores) 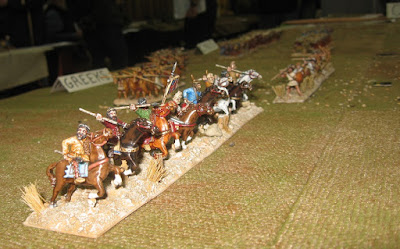 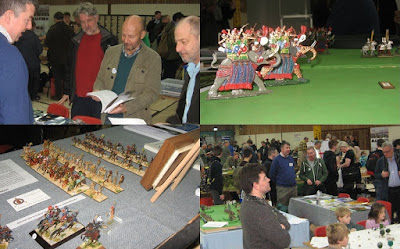 Courtesy of subbing in the Society zone, we had a little more space for our flats display on Sunday ... 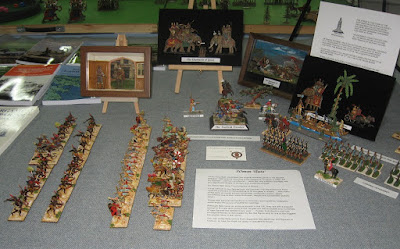 But lets have a look round the rest of the show ...

There were a number of eye-catching ancient and medieval games: 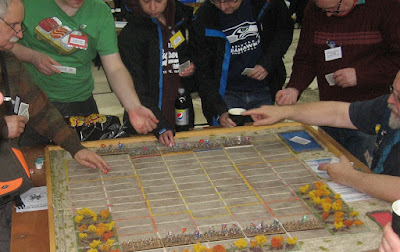 (Staines were there with there excellent Agincourt participation game) 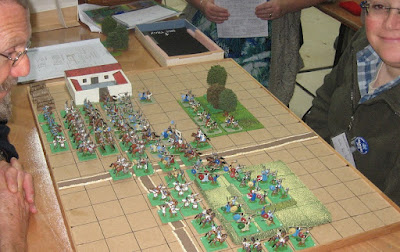 (and this Dark Age gridded wargame was busy all day) 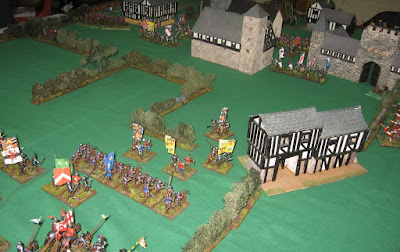 (Wars of the Roses from the Lance & Longbow Society) 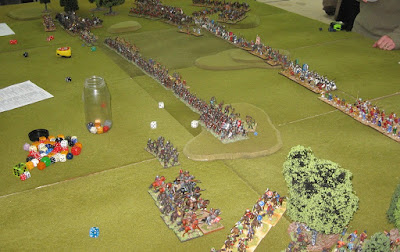 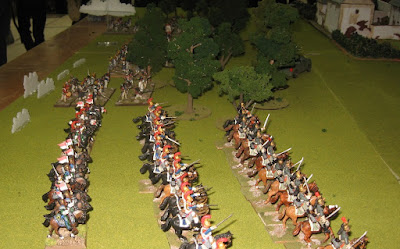 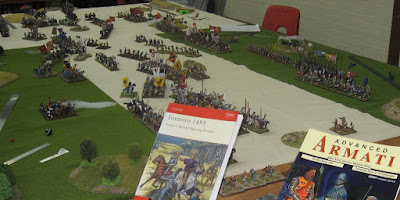 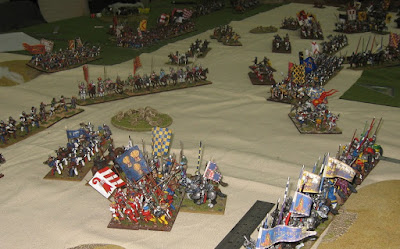 (Fornovo: worth a closer look)

Plus something more modern and something not too serious .. 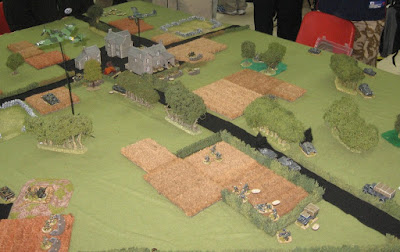 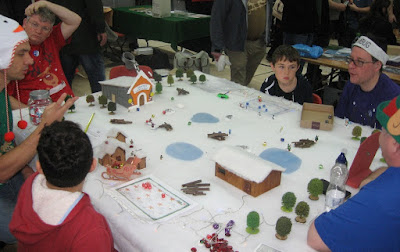 Elsewhere there was plenty of trade and lots of competitions.  Something for everyone at warfare 2015 ...

I will make some observations on the Tony Bath wargame and our miniature battle with flats in a subsequent blog.

Love the flats and look forward to reading more about them and the game.
Best Wishes
Alan
pavilionedinsplendour.blogspot.co.uk