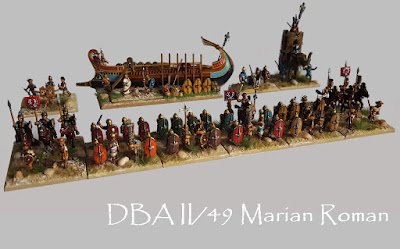 This is the other half of the Slave Revolt scenario and loosely represents the army of Marcus Licinius Crassus (Laurence Olivier in the classic movie version). 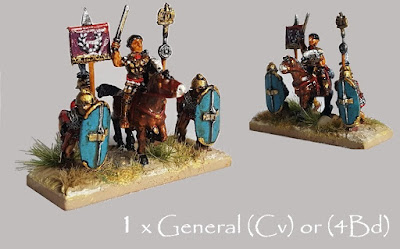 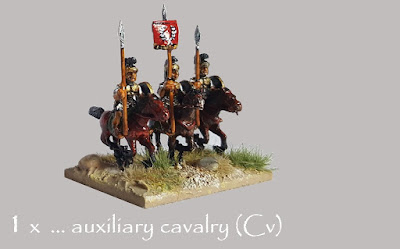 This version of the army takes all the legionaries ... both more plausible and more balanced for the Spartacus scenario (although you might take advantage of some of the options in other circumstances) ... 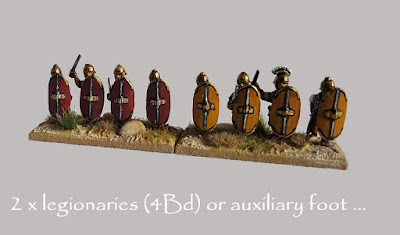 8 elements of Blades in all, including the commander.  Crassus' mules, perhaps. 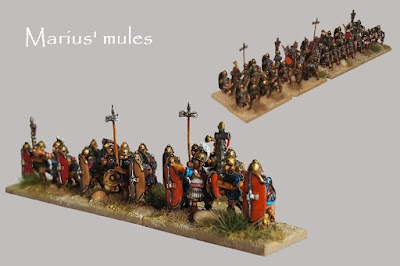 I used earlier Republican style figures with the big plumes taken off to get what felt like the right appearance for these home legions at around 73-71 BC (Third Servile War) ... Brutal and business-like. 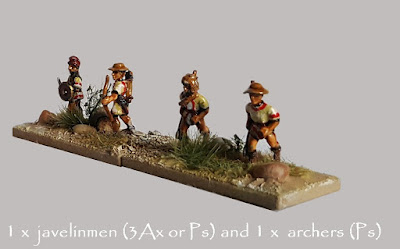 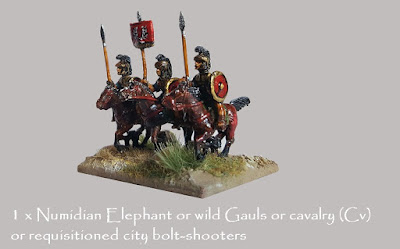 The Kubrick film's plot has Spartacus's plan to escape by sea foiled by Crassus blocking his access to the ships - probably bribing the pirates or buying up the ships.  It was a good opportunity to make a camp model around one of the old Revell warships. 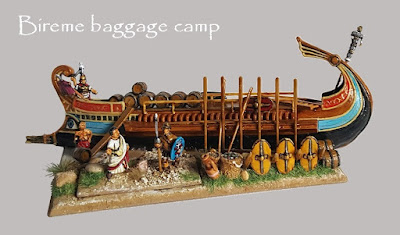 The removable CF element stays is usefully held down with a piece of magnetic strip (and a metal shim) ... 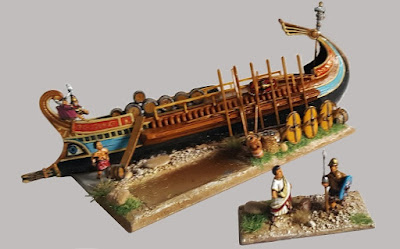 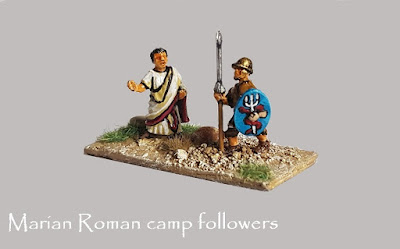 The Marian army has a number of uses, so although I generally don't worry about 'all options', for this army I indulged a few extras ... 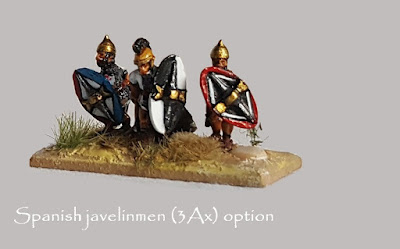 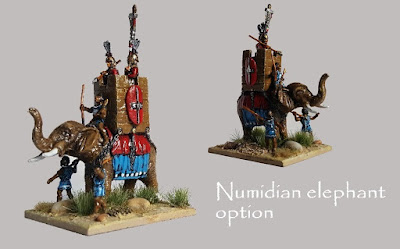 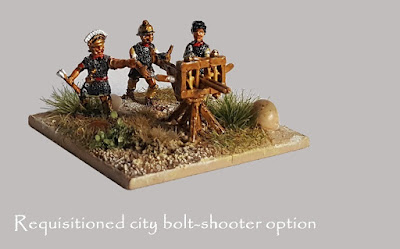 This army pairs against The army of Spartacus in Southern Italy 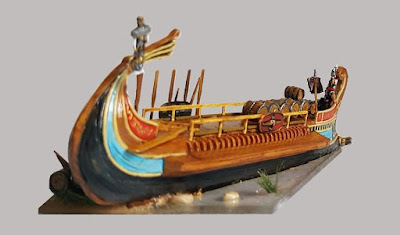