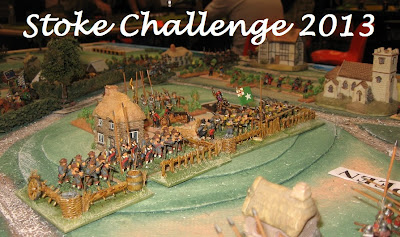 It was good to be back at Stoke after a year off (more correctly, after a year where we had to miss it due to a calendar clash).   This is a friendly unpretentious event and we all enjoy the day out and hospitality.

I put on an Armati game as previously (the game has a solid following within the host club), this time repeating the English Civil War battle I did for the Pike & Shot Society last Colours (at Newbury Racecourse, from where you can see Donnington Castle, a landmark of the battle), and last week at COW ... the second battle of Newbury (1644) ...

It is quite a complex battle, but works well using Armati (and an adapted form of the ECW rules and stats in the otherwise superseded Advanced Armati): I think the best option by far for this period if you can get hold of the rules.

There is a detailed report on my ECW Battlesblog, but here are some highlights ... 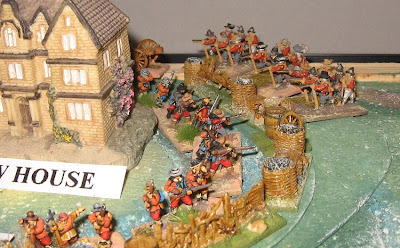 (Newbury 1644: across the Lambourne, the Royalist garrison defends Shaw House)

The battle was a tight one, and Manchester was able to push through Shaw right up to the hedge beyond which was the King and Royalist reserves.  Astley was defeated, but just short of the prize, Manchester's assault ran out of steam and his men had had enough.

At the western end of the battle, Cromwell did not press, and Waller and Skippon were beaten off Speen (Skippon falling in the melee), but Balfour was ab le to drive all the way up the southern water meadows, almost meeting up with Ludlow's horse who were similarly hacking their way in from the west. 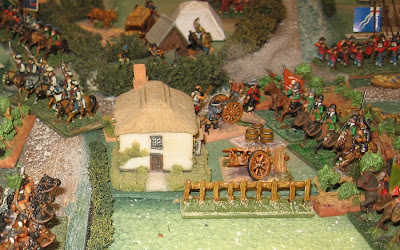 There were some excellent other demonstration games at the show ... 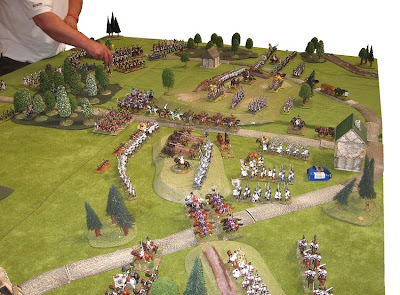 (an attractive Napoleonic game run by members of the host club) 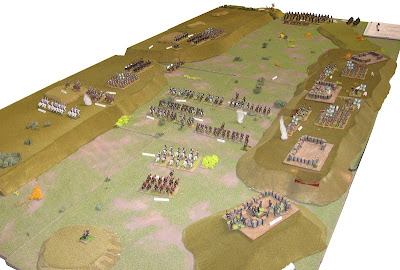 (the Battle of Balaclava by the Stoke Wargames Group) 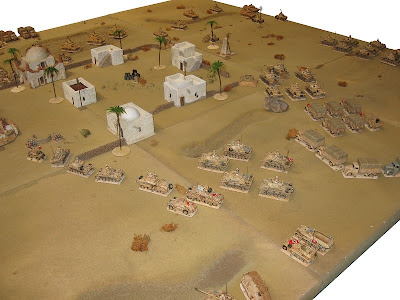 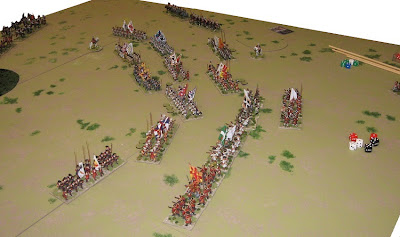 (this good looking 'Maurice' table was being run by the Derby show organisers, and seemed a very fluid and brisk game)

For ancients content I'm afraid you would have to look more to the tournament end of the hall where DBMM and FoG-AM were both well supported. 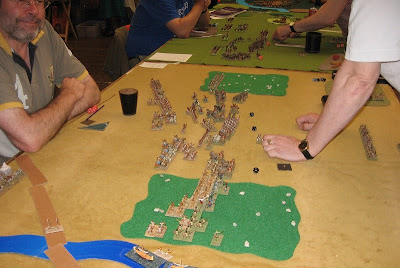 Maybe you should consider taking an ancients game along next year?   It is certainly friendly event and welcomes games and groups.

The event also regularly raises a good sum the the Army Benevolent Fund.
Posted by SoA Shows North at 5:07 PM