A Nice Week Off

Amongst all the hurly-burly, and with a week away (so the best part of two weeks without picking up a brush) it was nice to get back to normal, prep some kit and get a game or two ...

So I painted the Egyptian boat I bought in Kulmbach.  There is some papyrus to come (and it will then be mounted up on a transparent base) - but for now it sits nicely on the Lords of the Nile river bank.

I used an experimental technique, priming in enamel, then rubbing down an oils layer (giving that interesting terracotta effect) before detailing and finishing with acrylics. 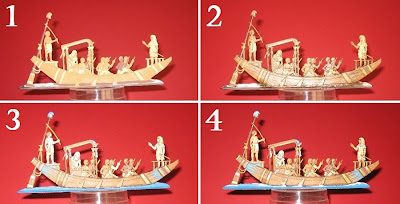 I think I'll try an elephant next ... 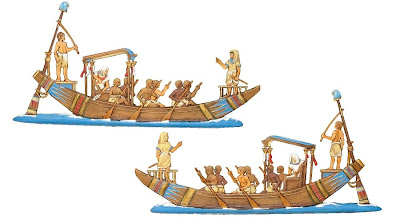 We also tried out Treb's new Sumerians for an evening of Neil Thomas's AMW.

There are a number of things that will need fixing and between Treb, myself and IRL the Biblical expert, there was no absolute agreement over how we thought an ass-powered battlecar would actually work ... 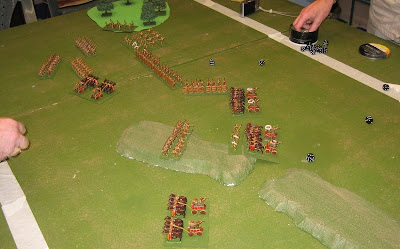 ... and we weren't convinced that the big bodyshields offered the minimal protection Neil gives to them ...

(Big Shield infantry - I'm sure there's some sort of 'Barndoors and Battlecars' mileage to be had here ...)

But there's undoubtedly something to enjoy in the period .. 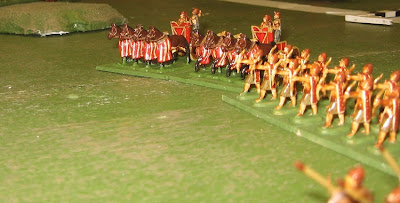 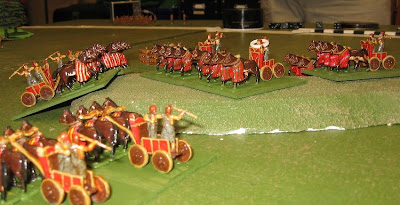 And we've also convened a useful session to knock Flodden into shape for an anniversary game next month. 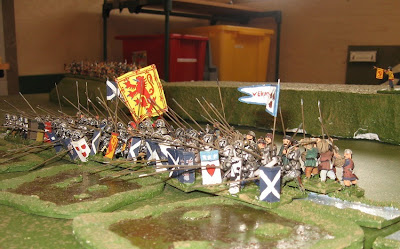 I'll write the key features up on ECW Battles as this one looks to run best with Renaissance Armati using some of my 17th Century adaptations (though inevitably the game ran much more smoothly once we got rid of separate bow and bill components and created composite Foot units for the English) ...

So a bit of DBA baggage, a pre-Biblical AMW game and an Armati playtest from the end of the period: the run in to the Autumn shows season has started well.

Great looking pictures, I really like your "big shield infantry"!

Thanks, Phil ... Credit shared: the figures are HaT, painted and finished by Trebian (of wargamingforgrownups) but photographed by me.

They do look the part!