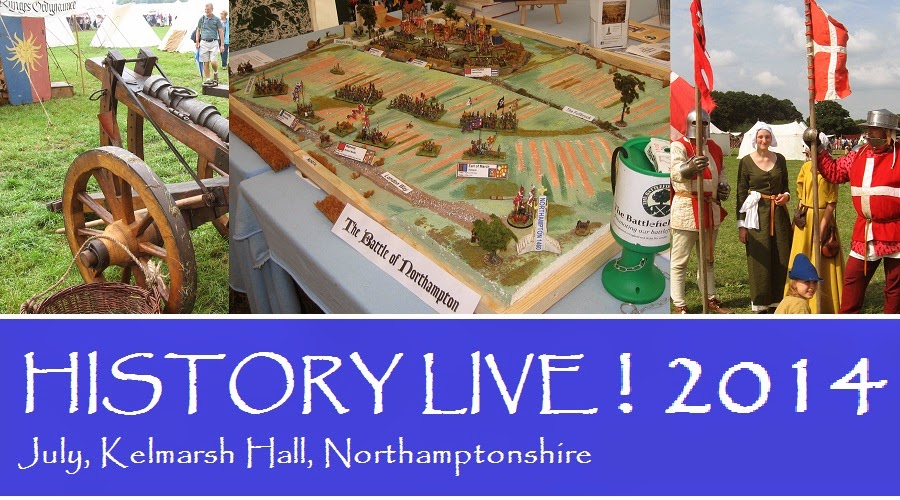 History Live! is massive ... it is also a lot of fun.   There is a great emphasis on youngsters actively enjoying history, whether it is taking part in impromptu theatrical shows, clambering into reproduction aeroplanes or trying on weapons and equipment.

Anyone who tells you that kids aren't interested in history is just wrong. 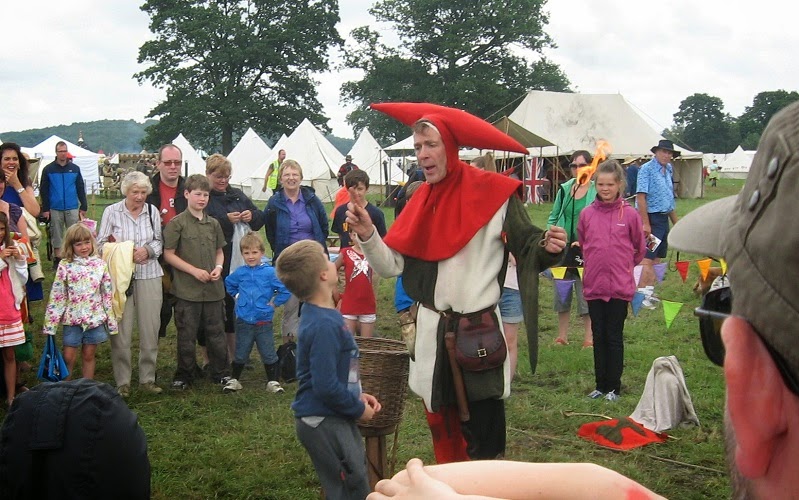 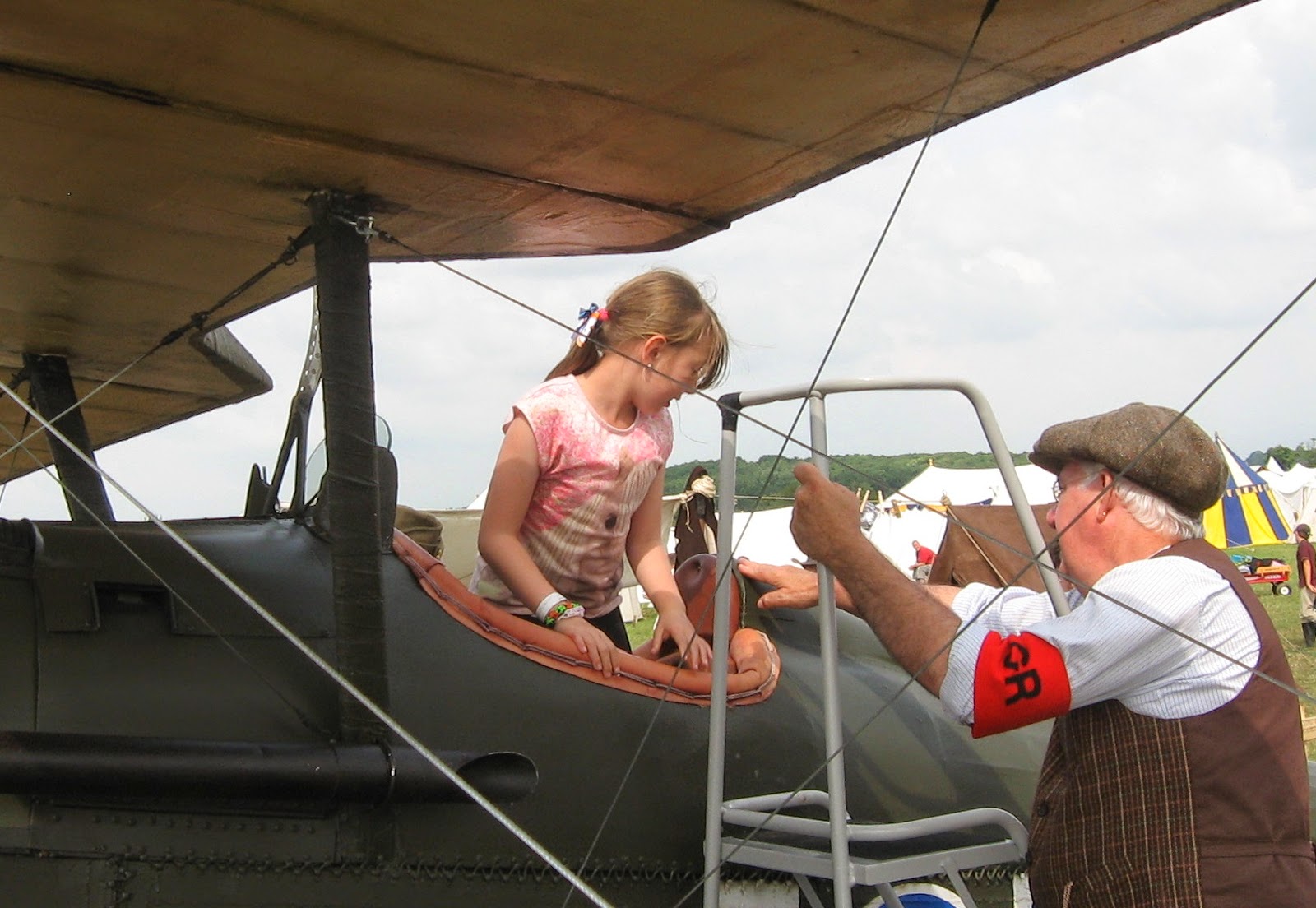 (youngsters were encouraged to try out the reproduction biplane)

I was there with the Battlefields Trust using the Northampton 1460 model to illustrate the work of battlefield preservation and interpretation ... 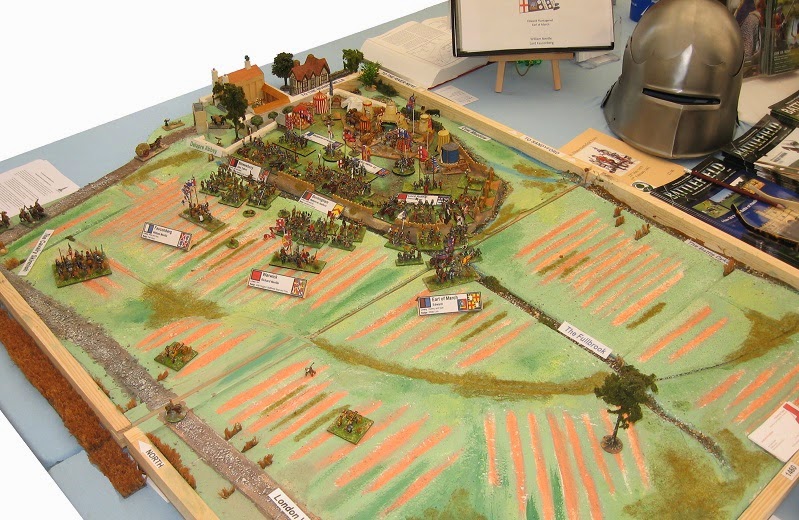 (Northampton 1460 showing the action moved on to the assault phase)

This is a wargame model although it was used as a moving tableau for the purposes of History Live! moving the contingents as we believed happened on July 10th 1460 and explaining the course of events.

The presentations seemed extremely successful and by late Sunday, I had handed out all the leaflets I'd taken along to support the exhibit.

If you wanted playable wargames, the Phoenix Club had, as usual, a range of wargames to join in ... ancient, Napoleonic, WWI (of course) and WWII ... 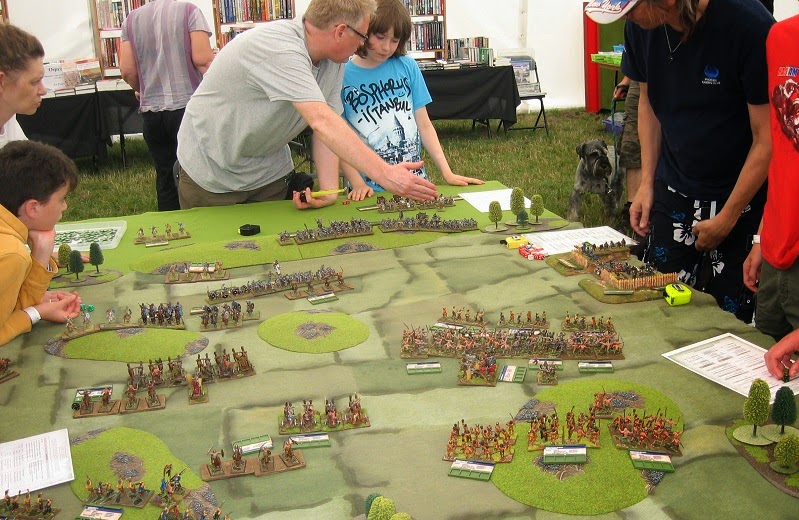 (Romans and Celts in the History Live! wargames tent)

If wargaming is a greying hobby (and what an 'if' that is ...) then it can only be because greying wargamers aren't giving youngsters a chance to join in (or are abandoning them to commercial fantasy stuff). 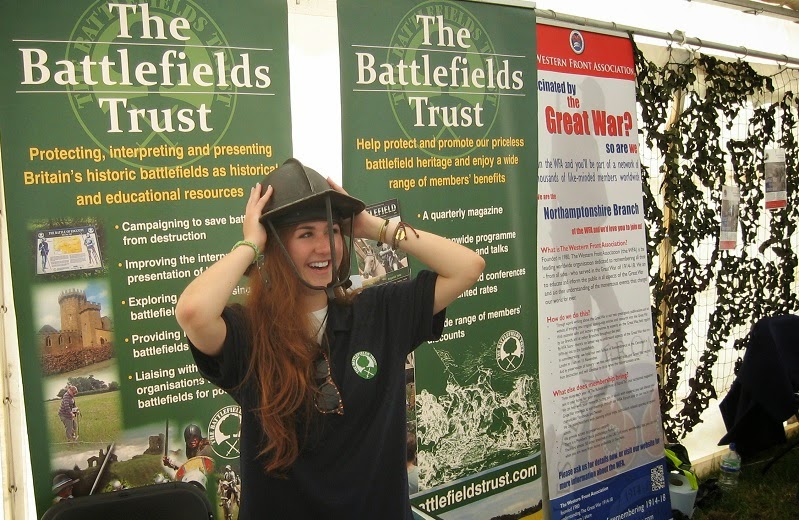 (The Battlefields Trust at History Live! 2014)

Northampton is, of course, just a few miles down the road from Kelmarsh Hall and there was a lot of interest in the project to protect and explain the battlefield at Delapre Abbey.

After much campaigning, Northampton Borough Council has recently accepted a Conservation Management Plan specifically for the battlefield area, so it does look like people power works.   There is much still to do, so enthusiasts can show their support by liking the project's Facebook page, and/or joining the Northampton Battlefield Society. 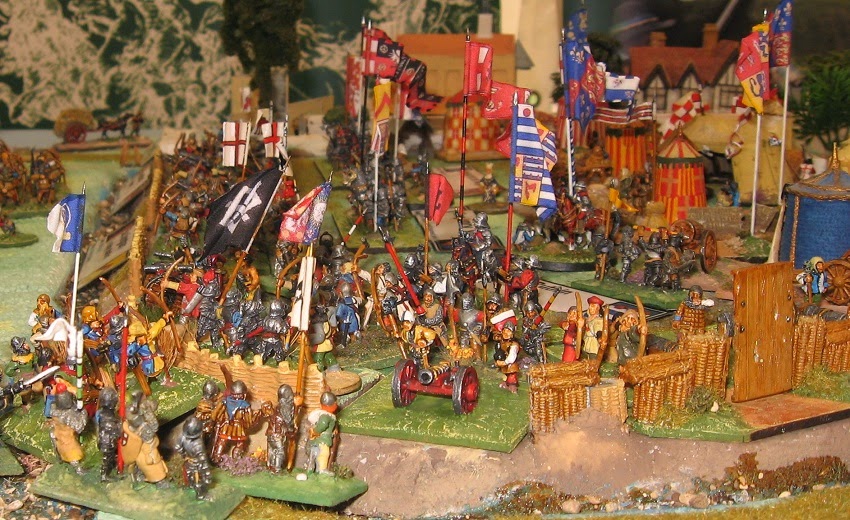 The battlefield model is constructed inside a rearranged pasting table (construction) and uses 15mm figures with oversized banners by Fluttering Flags ... 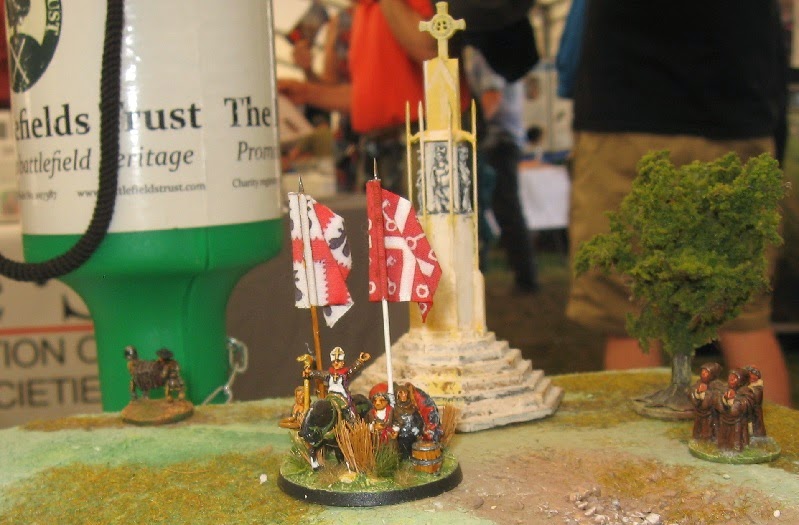 (Northampton 1460: the archbishop of Canterbury and Papal Legate Francesco Coppini watched the battle from the Eleanor Cross at Hardingstone)

Mounted figures are mostly Mirliton, foot are a broader mixture including Peter Pig, New Era Donnington and Corvus Belli as well as Essex and Tabletop (15mm.co.uk) 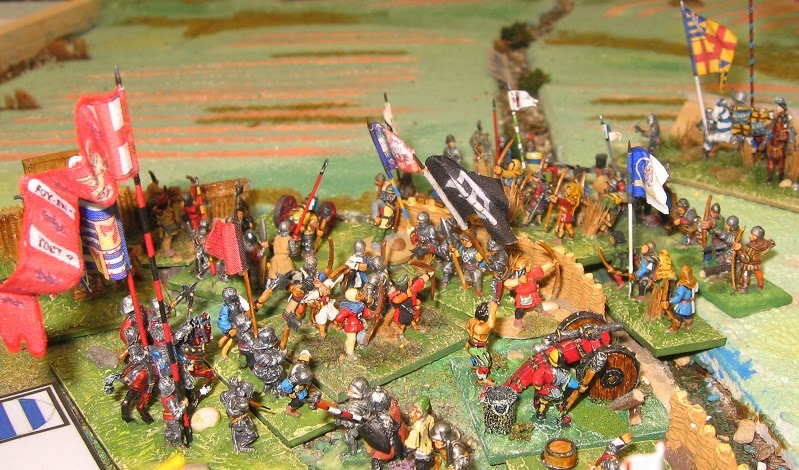 (Northampton 1460: decision - lord Grey of Ruthin's men help the Earl of March's troops into the position)

Outside, of course, the main arenas are given over to military displays by reenactment societies from all periods of military history and living history camps ... 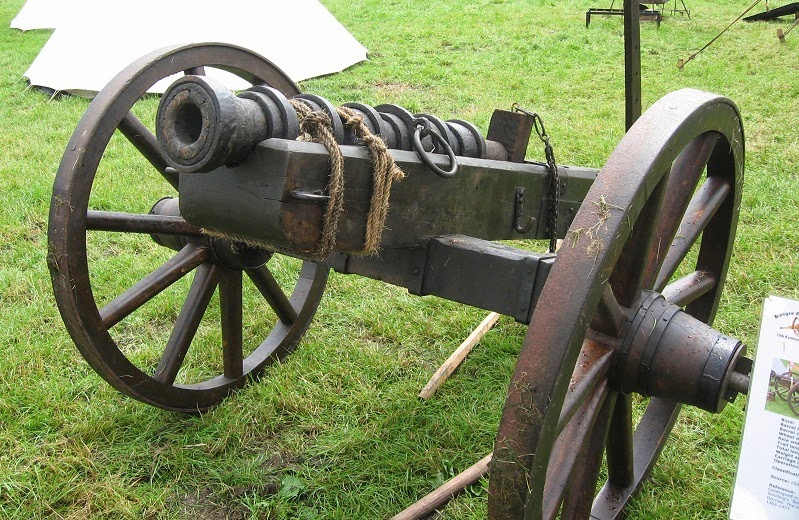 We had about an inch of rain dumped on the site overnight and on Saturday morning but otherwise the weather was splendid, at times becoming sweltering.

The whole event was well-managed and it took some persuading for people to leave the site on Sunday evening so we could all pack up and go home. 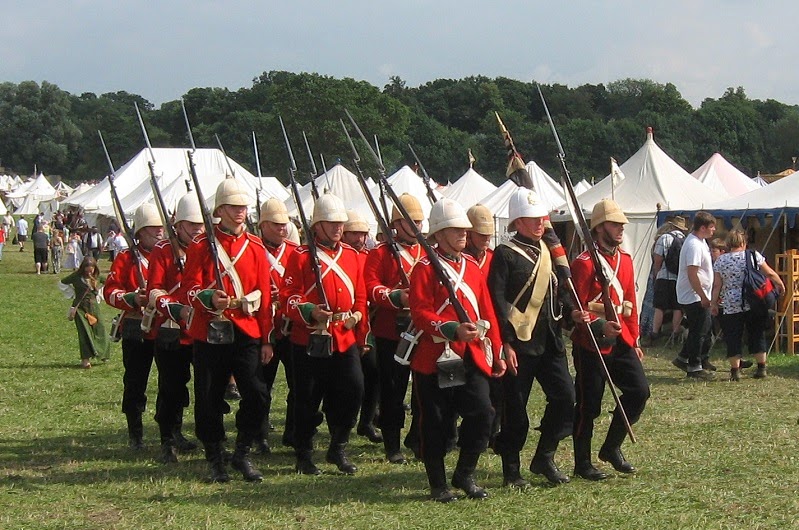 (Zulu wars period soldiers on their way to the arena at History Live!)