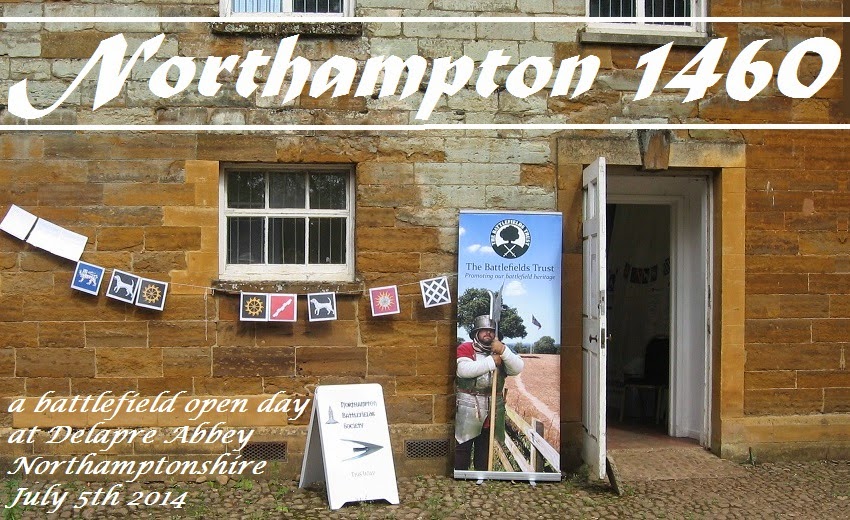 So this was the first Open Day for the recently formed Battlefield Society, and as a result of the date of the battle (10th July) competes with the British Grand Prix, Wimbledon, the World Cup and the inevitable British Summer threat of rain (which goes with all those).

The latter is, of course, a teasing irony ... it rained on the morning of the battle, just as it did on the morning of the Open Day.  We can hardly complain about that!    All in all, we were very pleased with the results, and our thanks go to the Battlefields Trust, the Medieval Siege Society and the Friends of Delapre for their support.

The event was also the debut of my new battlefield wargame display. 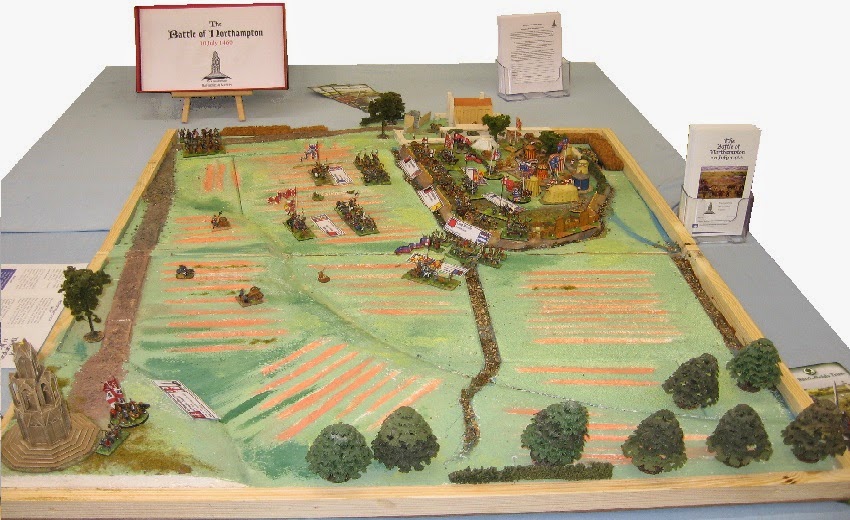 For more on the build, please have a look at Northampton Battlefield Reconstructed ... 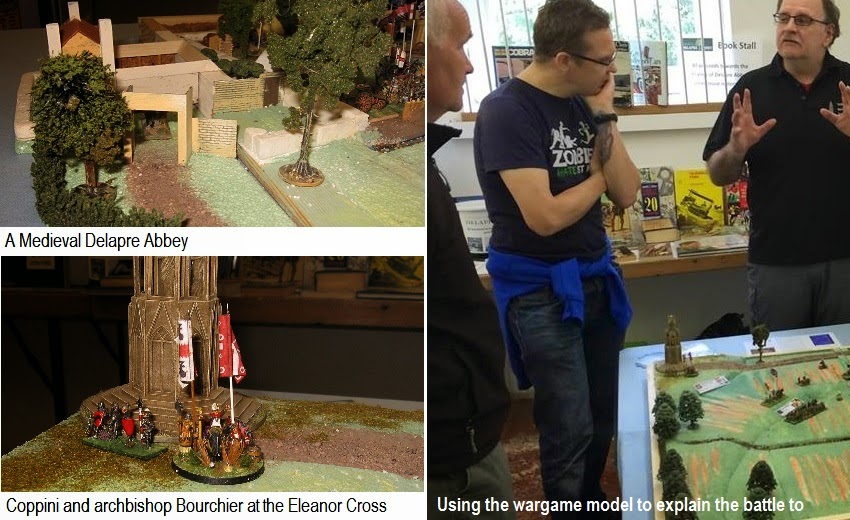 (putting the historical battle into context ... details and narratives) 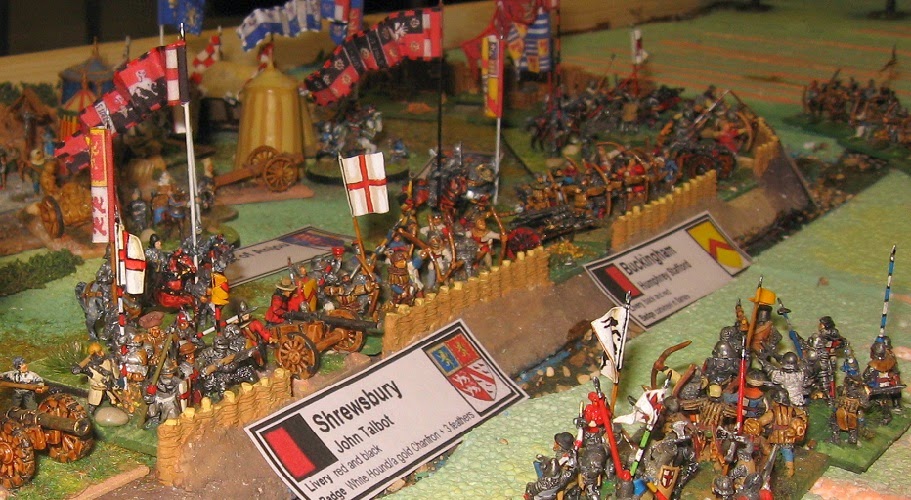 Used as a moving tableau in this instance, the layout proved a good adjunct to the mix of reenactment, talks and walks on the battlefield and will benefit from further enhancements and landscaping before its next outing at CoW in a week's time ...

Upstairs, Mike Ingram gave a well received and detailed account of the battle, while outside, men in armour demonstrated  combat and archery from the period ... 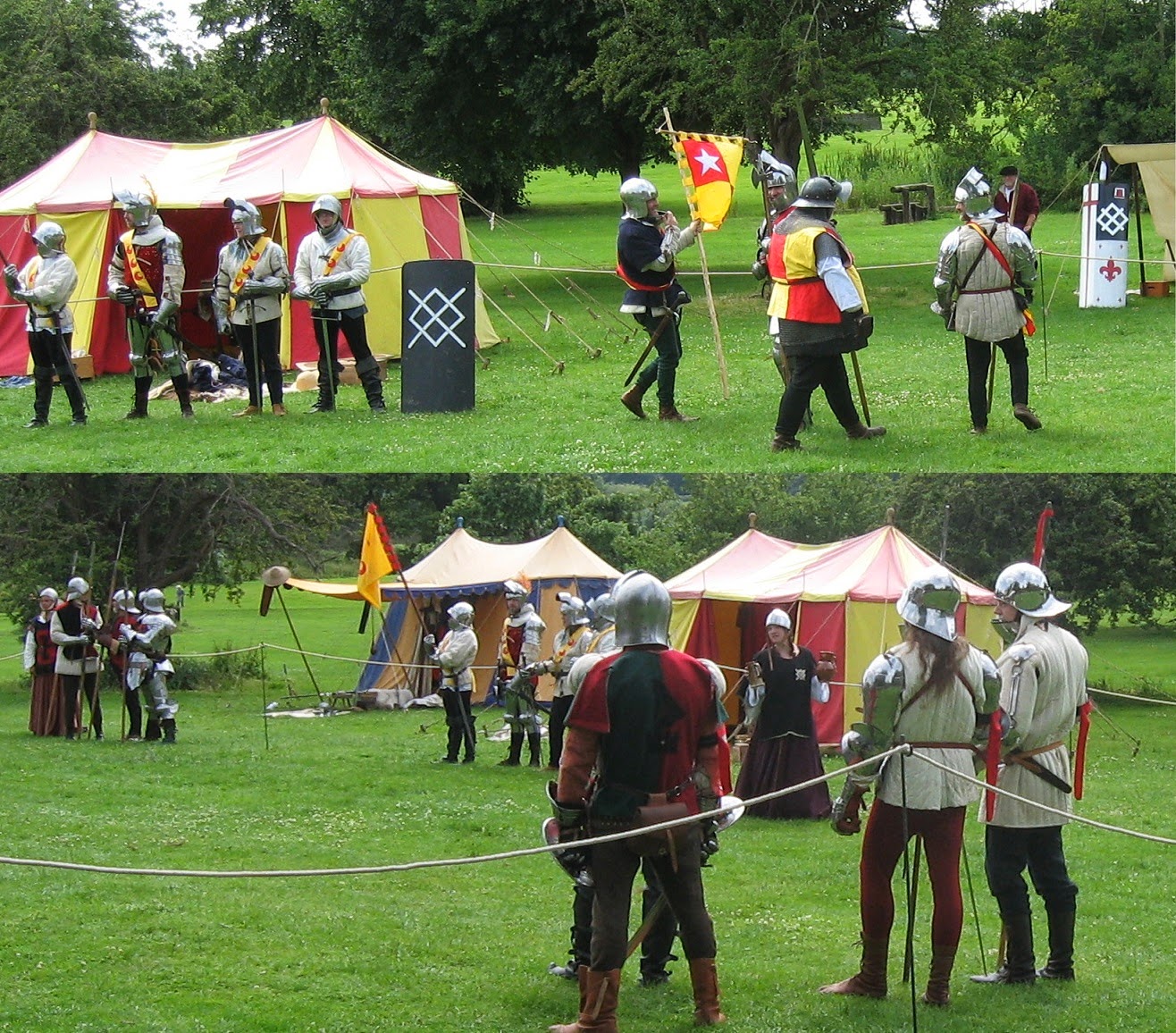 (members of the Medieval Siege Society running a tournament)

Downstairs, in addition to the battlefield display, we had activities for youngsters, mostly engaging them with Medieval heraldry, badges and symbolism. 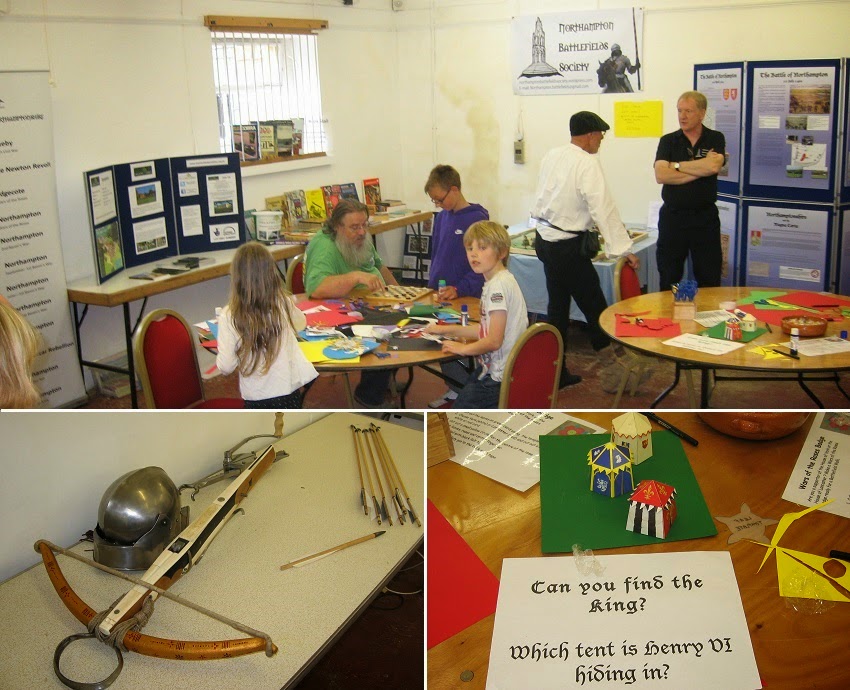 The Battle of Northampton represented a turning point in the Wars of the Roses ... perhaps for the first time, artillery was massed on an English battlefield; as a result of Lord Grey's treachery, King Henry VI was captured and Warwick (the Kingmaker) was granted the highest office.   In the aftermath, Richard Duke of York made formal his claim to the throne, and Margaret of Anjou (Henry's Queen) plotted her opposition.

Events were now on the road to Towton, and the next two Kings would be Richard's sons, Edward IV and Richard III.

Northampton battlefield has long been under threat of partial development and lacks an established walking trail, guide and interpretation boards: the Northampton Battlefields Society is trying to move forward on these issues whilst engaging the public with their heritage and publicising the potential.

You can find out more about NBS on Wordpress/NBS or on Facebook ... 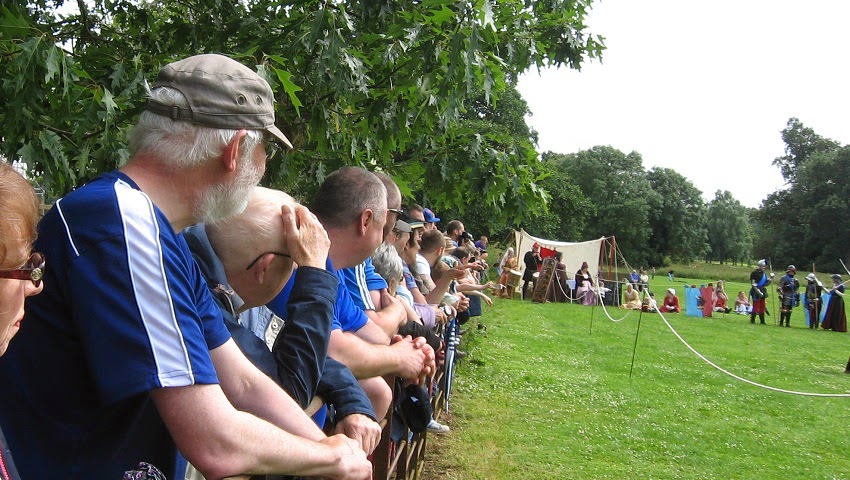 (Northampton 1460: despite the many Summer attractions, many gathered to enjoy the period entertainments) 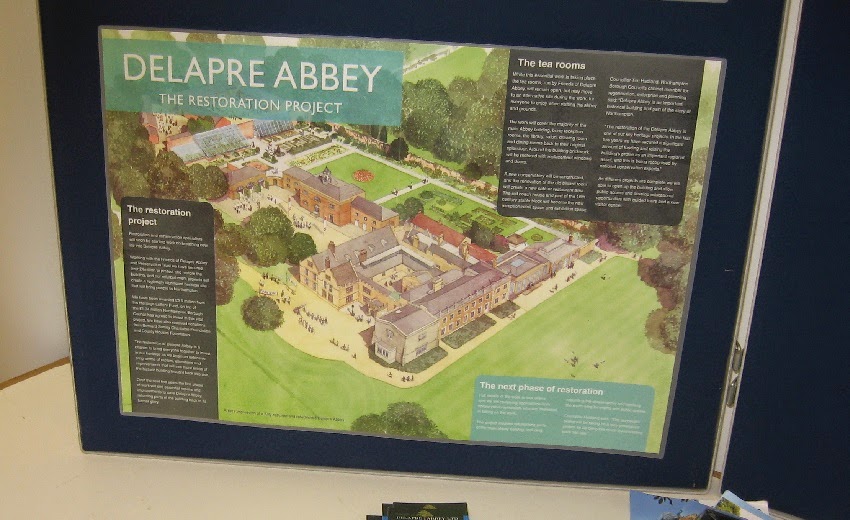