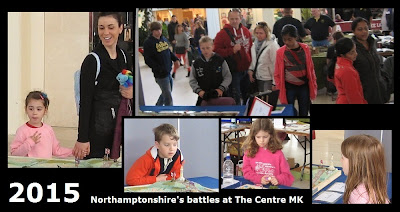 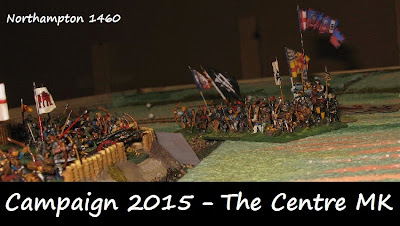 Well done MKWS in getting Campaign back on in Milton Keynes Central shopping atrium: the wargames show with open access to ordinary members of the public.

The Society of Ancients has been proud to be associated with this initiative since its inception and is keen to do its bit presenting our wonderful, life-change and life-affirming leisure interests to a wider public - young people in particular. 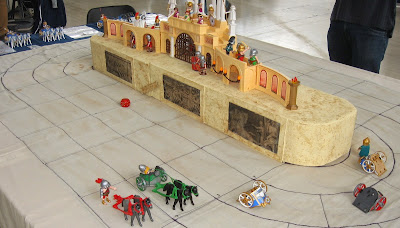 Kids today lead very deprived lives that may not involve libraries, museum - even, I am told, toy soldiers (though that can hardly be believed) and are often misled that games are mostly noisy, head-scrambling video and console challenges. 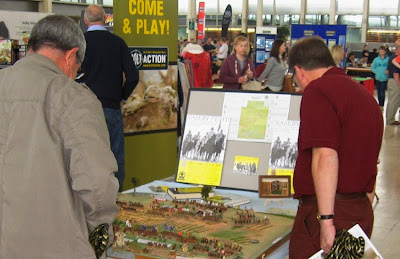 Here are some details of the games ... 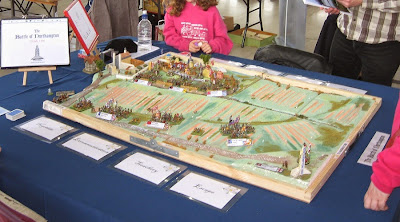 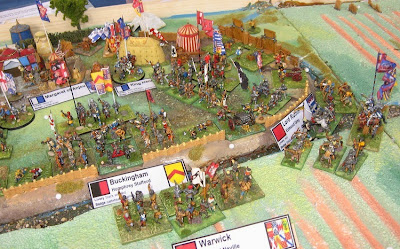 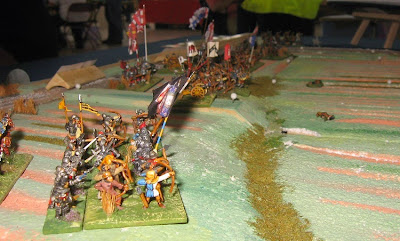 (overlooking the formidable position from the London Way) 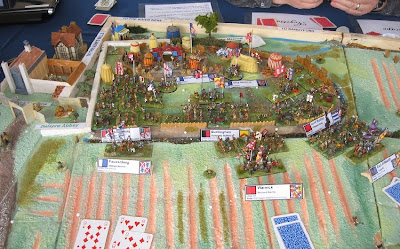 (the game in full flow ... a Yorkist victory is imminent)

Tim and Pete from Staines had the excellent Agincourt participation game from Salute up for the Saturday ... 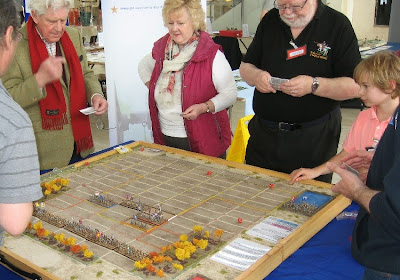 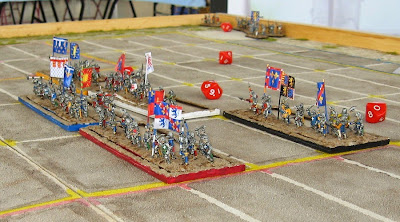 The designers gave me a quick run through and the game looked good ... the basic idea is that the French are in a race to capture hapless English nobles for ransoms ...

Ancients enthusiast would also have enjoyed the Hail Caesar game ... 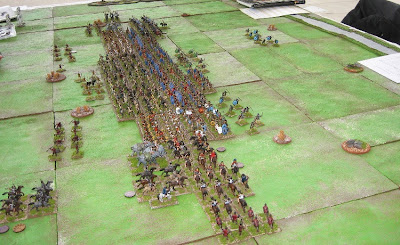 ... but pride of place must surely have gone to the Playmobil chariot races ... 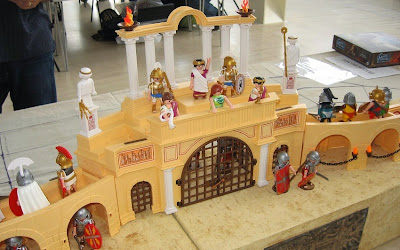 Other periods were represented, though, I have to say, with the notable exception of the eye-catching Dambusters game (another Salute veteran) the ancient and medieval games clearly had the edge. 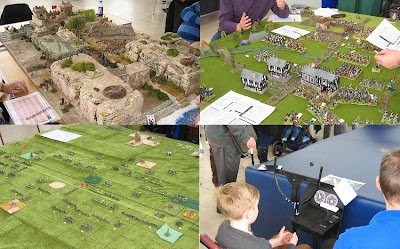 (display and participation games at Campaign 2015) 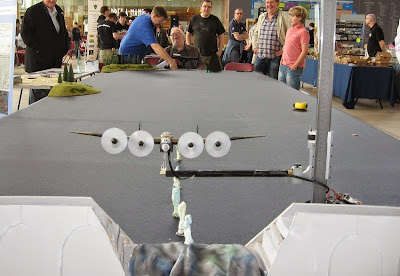 For more pictures of the Naseby Battlefield, please visit our sister blog ECW Battles in Miniature - but here's a plug.  The big weekend in 13th and 14th June (unmissable if you are within travelling distance of middle England ... it's the big one!) ... 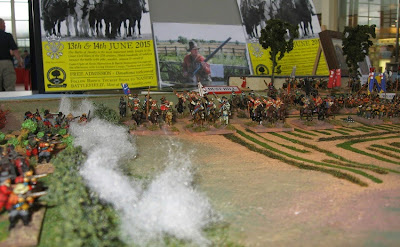 (The dragoons in Sulby ... battle opens) 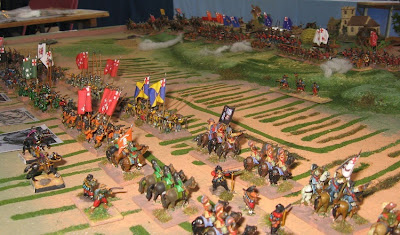 So a big thumbs up from the team and plenty of smiling faces from the public ... some new enthusiasts recruited and a lot of leaflets distributed.   A great show.

Write to the Centre's managers and tell them how much you like the show.

Shows North will be doing Yarmuk at Partizan at the end of the month.

Meanwhile, you can catch me at Northampton talking about the Battle of Bouvines and the Road to Magna Carta on the 28th 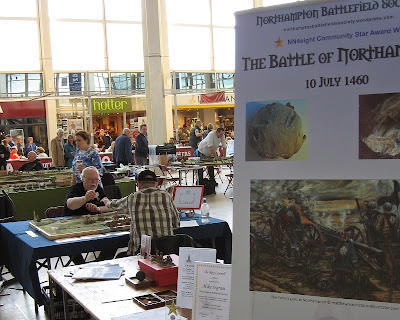