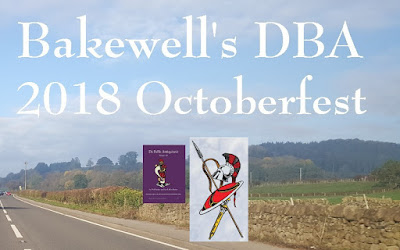 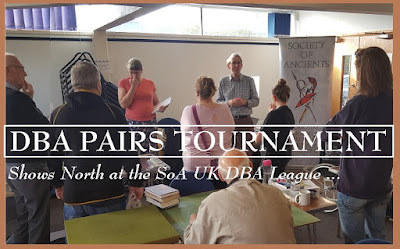 So this is another pairs format ... historical armies but open choice of terrain.

Having used my 'work in progress' Byzantines at the Midland Open, I decided to carry on the good work and dust off my generic Gothic collection to see if there was a Lombard-ish option.  I think it passed muster. 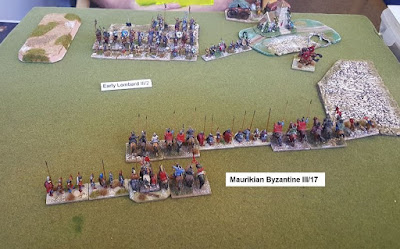 The pairing is based on the wars of the Lombard Dukes in Northern and Central Italy in the 570s and 80s ... notionally Duke Faroald of Spoleto and his historical adversary, the Romanised German Droctulfo.  Ravenna in their sights.

The pair gave some nice games, and for a change, I won my 'home' games.  Of course, that risks it looking like I know what I'm doing. 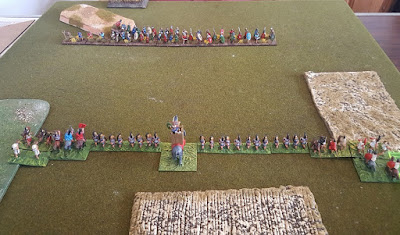 This gave me something of a chance - Romans vs Spartacus is a pair I have in my own collection (and took to Alton I think) ... so I know it quite well.  Also I think Nick was uncommonly generous to the Romans in letting them have an elephant. 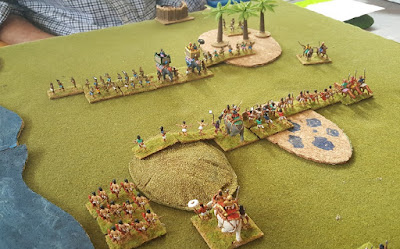 This was Simon's set up.  I always seem to mishandle these elephant armies.  And did so again. 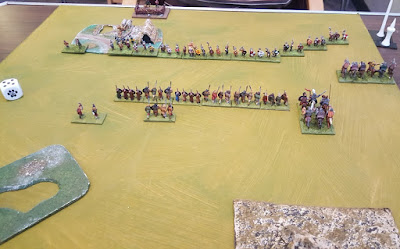 I made a mess of this one too ... being too 'speculative' in my attacks - pushing the pace and paying the price.  Hmmm.

I generally got 'given' the Goths, which was nice ... here's a view of the pairing from the Gothic point of view: 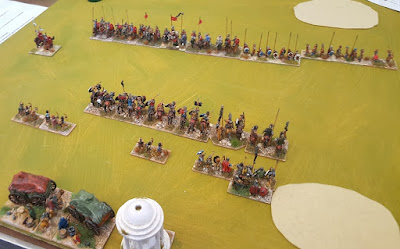 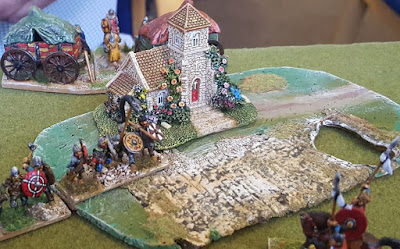 (From my game with the eventual champion, the Lombard warriors defend a Romanesque chapel from its rightful owners ...)

So, what happened ... well we all had a good time and ... Richard Pulley won with his match: Nubians I/3 and Libyans I/7a. 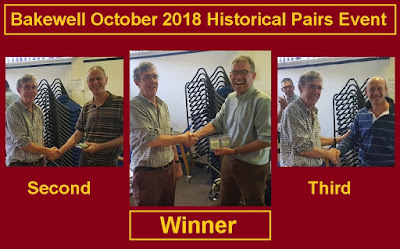 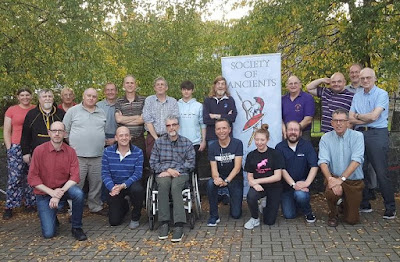 These events are part of the UK DBA League sponsored by the Society of Ancients.  Players who are Society members often count their games towards the Society Championship