On the Move - whatever happened to October?

You may well ask! 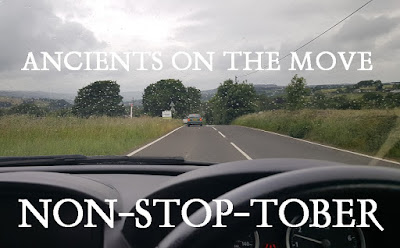 October looks like a month in which nothing happened around here - but sometimes so much happens it's a challenge for it all to be written down at the time ... or as with some topics, the perspective wasn't clear when the posting might have been done.  So here's how I'll catch up. 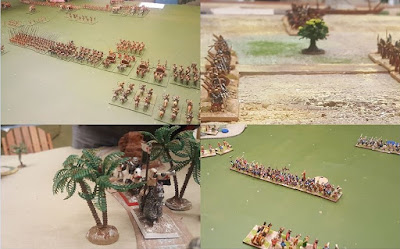 (some of our local games this Autumn ... Hydaspes by other means, DBA Pharsalus, Outremer skirmish and Dux Bellorum)

As well as the heritage events posted earlier*, since the Hereward show, either personally or with the Shows North team or the Northampton Battlefields Society, I have led military walks at Kettering Cemetery, Fotheringhay Castle and, out of our period, at Naseby. 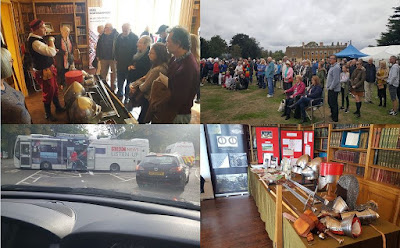 And a treat for medievalists, the Battlefields Society AGM in late October had Anne Curry visit us to talk about Agincourt ... 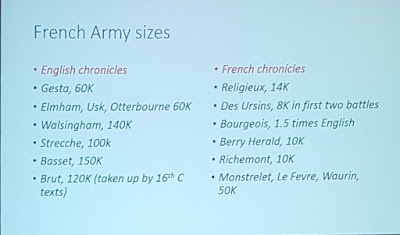 (A slide from Anne Curry's talk on Agincourt ... it kinda depends which side you are on!)

The Curry talk was fantastic and bang on what the Battlefields Society wanted.  Highly recommended if you get the chance to hear her.

On a less inspiring note, I was part of the team that tried to firefight the damage the Hinckley-Bosworth planners decided to do to the battlefield at Bosworth - and I had to squeeze in my customary support for the Society of Ancients DBA League ... indeed we have quite a lot of Ancients and of DBA happening. 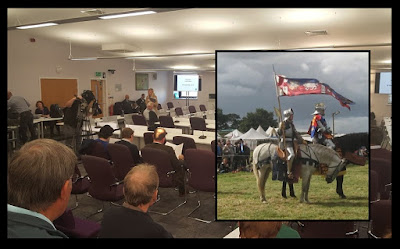 To make sure everything gets properly reported, I'll break this summary up into a series of blogs - but now I have some time at my desk, they'll come (I hope) in quick succession (so the end of the Autumn schedule can resume its proper place).

I'll append some words about Bosworth and some shots from our heritage (end of) season.

Then I'll do a bit on the historical DBA I put on for our local group.  Then the Bakewell and English DBA Open events (which topped off the 2018/18 season).  I've collected some pictures together for a special on the Lombards ... and then the DBA stuff can wrap up with Tarrington (up to date and the start of a new League season)!

On the home front, I've been helped with the maths ... 6 heritage events or guiding gigs, 9 committee or sub-committee meetings (including 2 AGMs), the 2 trips to Bosworth, 8 local wargame meets and 3 DBA tournaments.

And I cast up the shield badges to make the league trophies ... No really I do ... 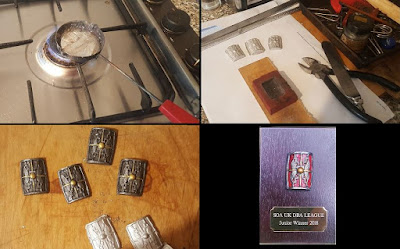 (DBA League trophies ... I cast up plenty of shields) 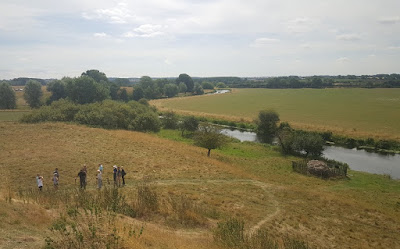 (the stunning view from the motte of Fotheringhay Castle)

*at the endangered Eleanor Cross (symbol of the Northampton Battlefields Society, from where the prelates watched the battle of Northampton in 1460, and the site where Warwick executed his enemies after the victory at Edgcote nine years later) ... at Becket Park and (BBC Northamptonshire Day) at Delapre Abbey.  All in sight of the battlefield.
Posted by SoA Shows North at 11:05 AM