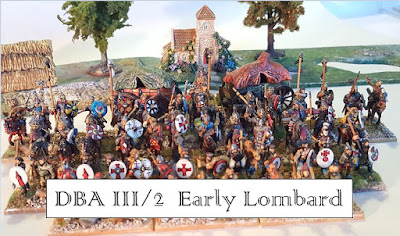 This is the army I used in a pair with Maurikian Byzantines at Bakewell (where it did very well), and as a standard entry at the DBA English Open in Portsmouth a week later.

It is 15mm of course.  The foot are quite a mix.  The mounted combine Lurkio (the most numerous) with Chariot and those splendid Ochmann sculpted Goths* 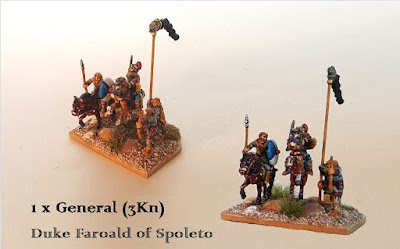 The army comes from the ducal period of Lombard expansion in Italy and Faroald was a constant thorn in Byzantium's side.  The element uses all Lurkio figures. 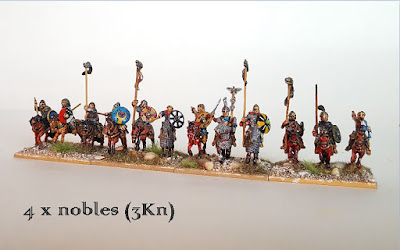 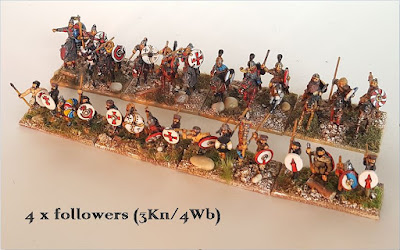 The army has a lot of knights ... a general plus 8 more, half of which can choose at deployment to dismount as warband (all or none) ... so is superflexible too ... 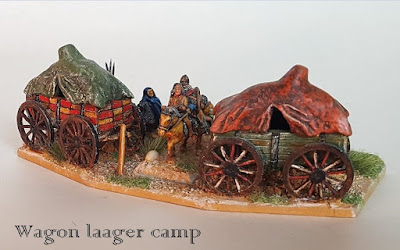 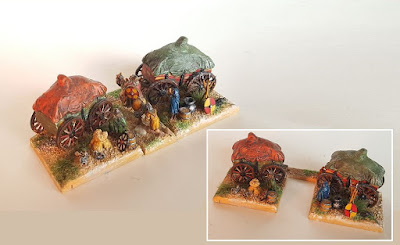 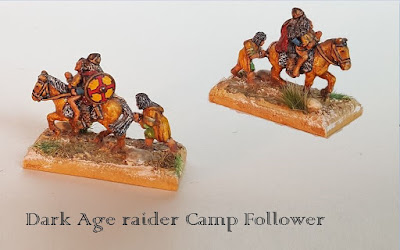 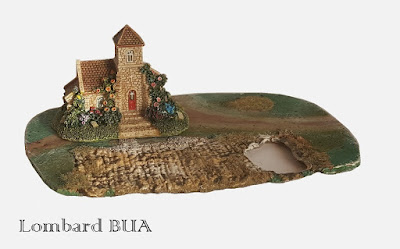 *originally, Metal Magic, then Gladiator, subsequently at Black Hat (but now, I'm given to understand available from Fighting 15s) ... Lovely figures and always worth a look. 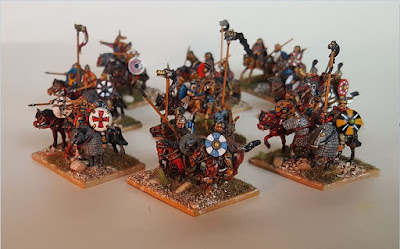