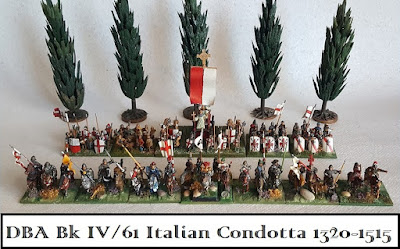 This an extract from my later Florentine army that has seen service in a number of formats including DBA ... There are a number of manufacturers represented but it wouldn't be quite what it is without a wonderul selection of Mirliton knights and personalities. 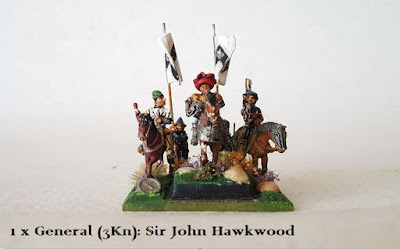 The army is led by English knight and celebrated condottiere, Sir John Hawkwood (Giovanni L'Acuto), who was employed by a number of cities in his illustrious Italian career - this army is Florentine, where he ended his career (and where he is celebrated in a frescoed monument on the walls of the duomo) ... 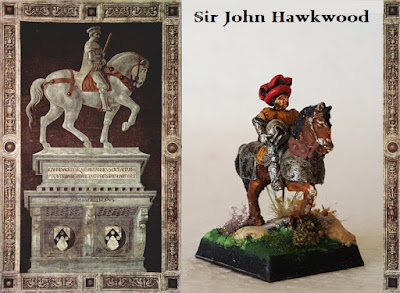 (Sir John Hawkwood by Paolo Uccello and by Mirliton and me)

The core of the army are the contracted men-at-arms: 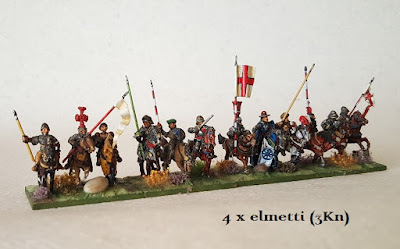 The infantry is quite traditional - here arrayed beside the Florentine carroccio (which would have been rarely seen by this period but which makes a decorative centrepiece) ... 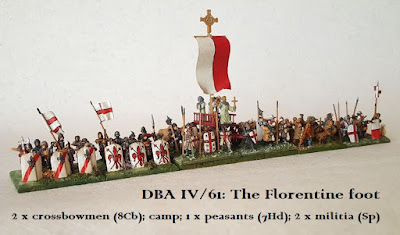 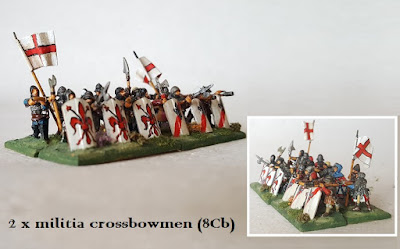 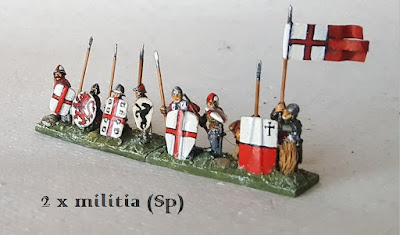 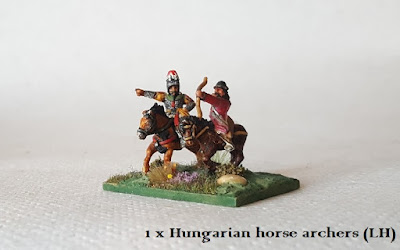 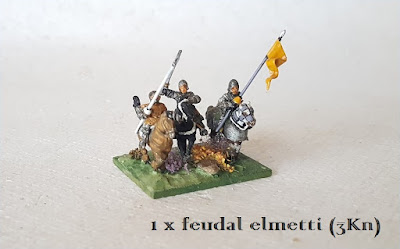 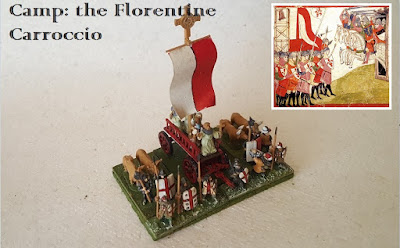 (the Florentine carroccio ... inset ... the wagon as it appeared in 1260 at Montaperti) 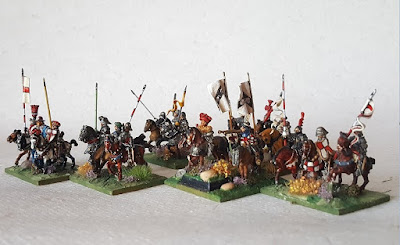