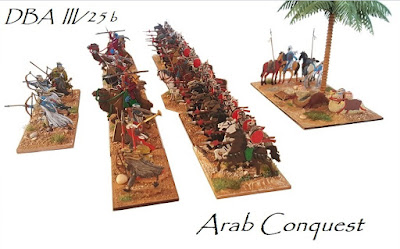 This is the army that fought the Byzantines at Yarmuk in 636.  Yes, there is an anomaly with the dates ... list b starts in 639, but Khalid's army at Yarmuk in 636 matches the later list, particularly in respect of the regular cavalry contingent (known to Arab historians as Khalid's Mobile Guard) who went on to win the battle. 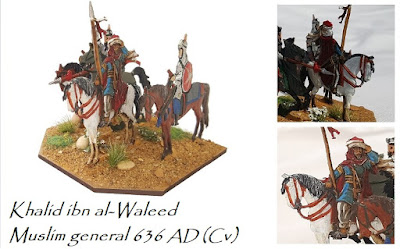 Known as the Sword of Allah (in Arabic سيف الله), Khalid ibn Al-Waleed was arguably the greatest general of his age and, whatever the odds, was never defeated.  He commanded at the Yarmuk.  He was a master in the rapid use of cavalry to outflank and encircle the enemy. 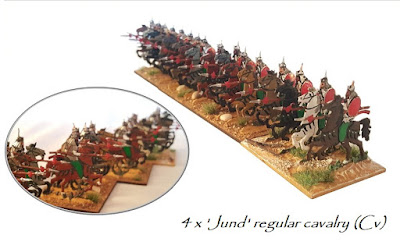 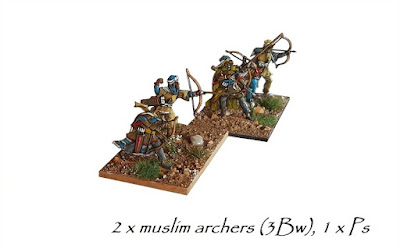 The infantry had to draw in and hold the enemy while the cavalry did their work.  They were stoic fighters, rated by DBA as swordsmen (4Bd) but had camels (at least, to aid mobility in the desert) and at Yarmuk, were partially re-armed with spears to enable them better to protect their archers (hence my improvised mix of swords, spears, camels and bows) ... 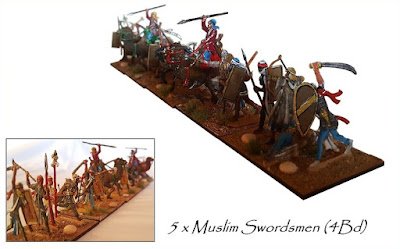 Yarmuk is another of those battles where the engagement went right up to line of the (Arab) encampments.  This was either an indication of how close Khalid came to losing the battle (the traditional explanation) or (as I believe) shows him using a deliberately weak and vulnerable deployment to draw the enemy forward in order to trap them.

Either way, camps are fought over in this battle and are not just decorative. 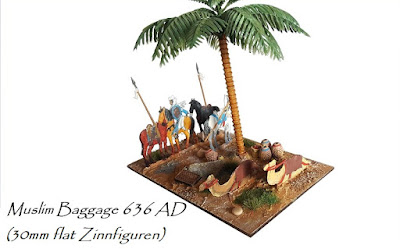 (the last line of defence at the battle of Yarmuk)

This army pairs with Maurikian Byzantine
Posted by SoA Shows North at 11:59 PM