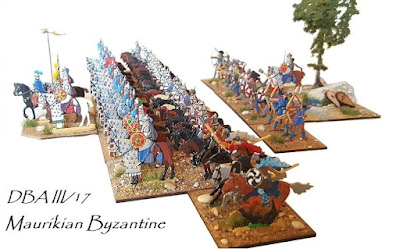 This is the army that fought the Arabs at Yarmuk in 636. 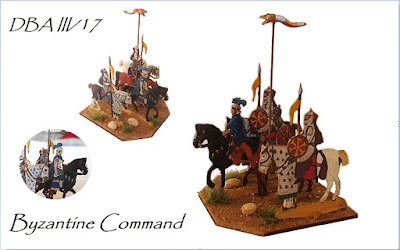 The bulk of the force is heavy cavalry (indeed the options allow an 'all horse' army if you choose that route) and the player must choose either 6Cv or standard Cv (of which the latter would ordinarily be my choice) ad I chose the 6Cv variant because it allows the Byzantine army to use a very specifically Byzantine troop type (which you don't see that often).  It also makes more of the differences between the armies for Yarmuk - and (not insignificantly) Phil's collection had enough figures to do it. 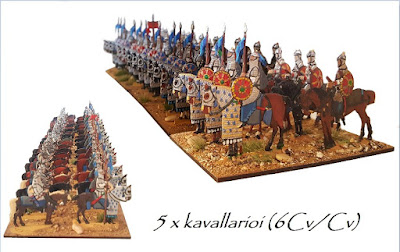 .. and a splendid sight they are.  You seldom such a wall of cavalry on the DBA table.

The figures are mostly Ochel's Kieler Zinnfiguren (although the weight of them suggests they may be copies for which Tony Bath gained some note) and are occasionally available today (the moulds still exist and the 3rd generation company will do production runs according to interest) ... 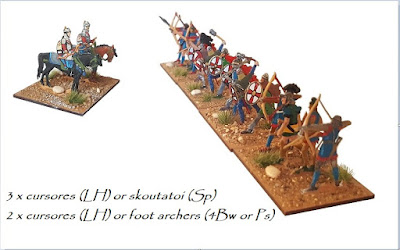 The basing is on 60mm frontages, and I have used the normal quantity of figures except the cavalry and 3Kn are 4 to a base, cataphracts 5 to a base, and  for the 6Cv I have used 7 figures (because they fit better and it looks right). 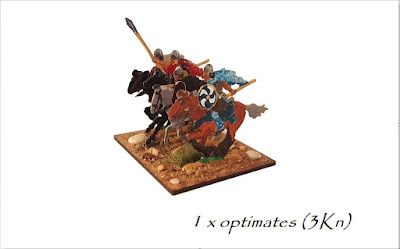 The simple camp features a tree and a natural spring. 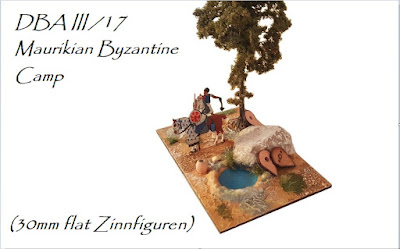 (DBA Byzantines from the Yarmuk campaign)

This army pairs with Arab Conquest
Posted by SoA Shows North at 11:57 PM