Society of Ancients BattleDayWhat a busy weekend ...
17th April was both Triples in Sheffield, and the Society Zama BattleDay in Bletchley. On Saturday, we sponsor the DBA Northern Cup at Triples and, having missed last year for family reasons, I had promised to present the trophies.We took along a Zama scenario to extend the BattleDay's appeal ... and indeed, on the Sunday, I got some photos by phone from the Glasgow BattleDay. Oh, yes ... and we've had some events in Northamptonshire as well, clustered around the event ... So more to come on all those, I hope. Shows North regular Will Whyler went to the main event in Bletchley for us and contributed these notes and photos:

' ... This was the largest ever such event with 12 separate games and well over 80 attendees most of whom were players.
Arriving at 9am I got one of the last parking places and entered Sycamore Hall to a whirl of old friends – a delightful start. 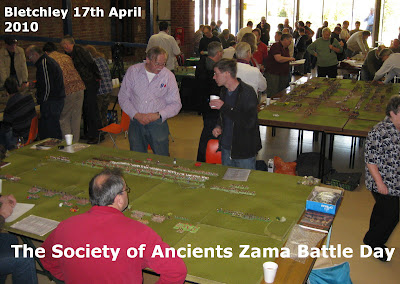 (all photos by Will)
After some setting up and obtaining coffee and biscuits it was in to Phil Sabin’s excellent talk. Phil used a dozen modern writers to analyse Zama. He divided his talk into three sections. The Ancient sources (of which there are three) and the army strengths given therein, the army strengths and therefore the frontages needed using the modern writers and the tactics. 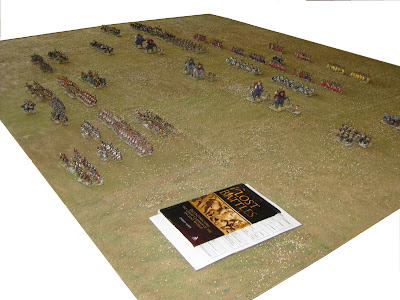 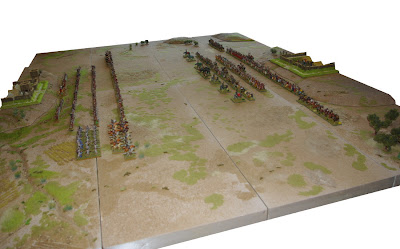 (DBMM)
There was a first for this event when Phil used a lap top and screen for the presentation. Finally we were treated to five minutes of a video of a film ordered by Mussolini. Apparently Scipio was a hero of his. There were wonderful shots of large numbers of elephants charging and dying. Ah they don’t make them like they used to.
Then it was back to the games and battle commenced. Unfortunately I got so caught up in the Armati game that I cannot report on the others. 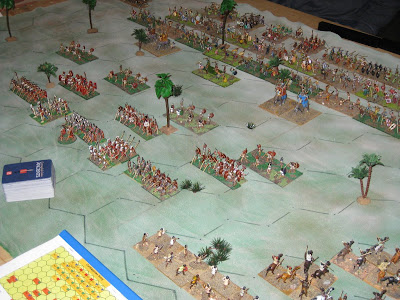 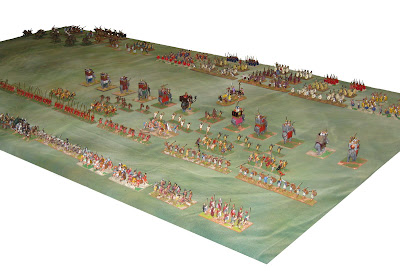 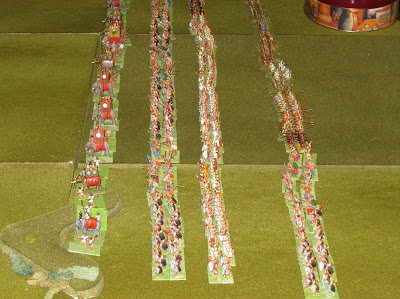 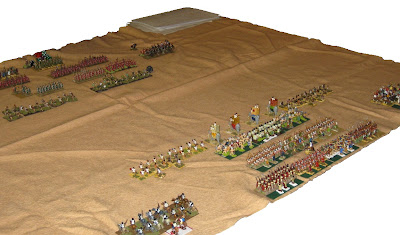 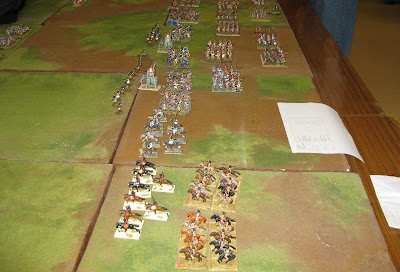 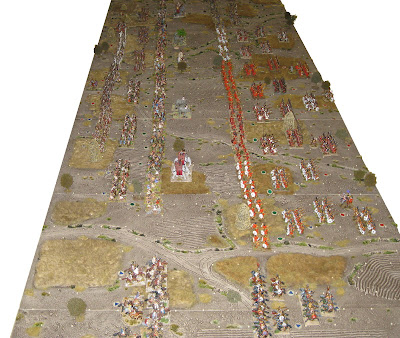 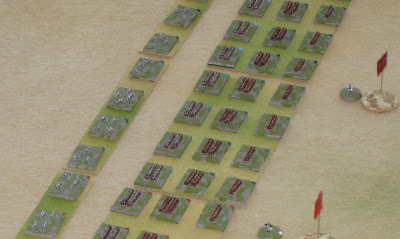 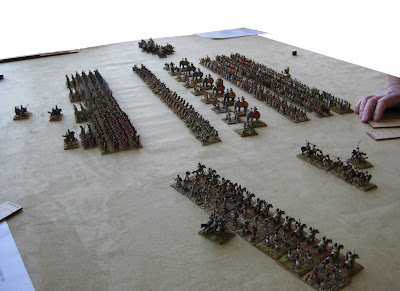 (Masinissa's wing closes on its outnumbered opponents in the Armati game)
Then at midday we returned to the bar area for a question and answer session from Adrian Goldsworthy and Duncan Head ...'
Will sent me some basic notes from the Q and A, but I will keep these to one side at the moment pending publication in a forthcoming issue of Slingshot ...
' ... Then it was back to the games!

As a postscript, both the Warlord and the Muswell Hill C&C games made it to Salute, so there are more pictures to follow.
Posted by SoA Shows North at 3:21 PM

Nice photos and report. The 25mm game that isn't labelled (with the 11 elephants in an extended line) is our Piquet bash.