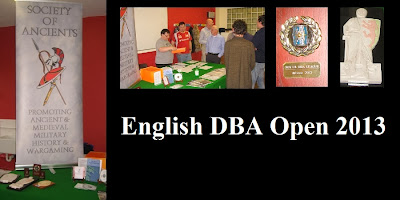 The October English Open is both the National event and the end of the UK DBA League season.  Both events are sponsored by the Society of Ancients, and I was invited to go down and present trophies. 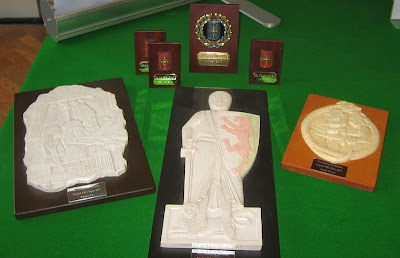 (Trophy haul: the mock reliefs are for the English Open; the bespoke Roman shield awards are for the UK League)

As usual, I was tempted to get a few games myself ... and with Montaperti coming up for the BattleDay next year, I chose to take some Italian Condottiere ... OK, yes, dated to a period after the famous battle but my soldiers are Florentine and a dressed in regalia appropriate to the battle. 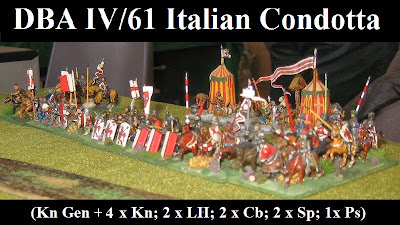 (Medieval Florentines mixing Mirliton, Gladiator, Essex, Peter Pig - to name but a few in the mix)

There were quite a few elephants around so I probably was fortunate to bookend my day with outings against Lindon P's Hittites (opening pool game and Plate final) - out of period, but a knight army vs a knight army.

So I didn't manage the knock-out phase of the Open but did take the final of the Plate competition to 4:4 (just failed to kill the all important next element despite having a 3:1 shot at a 'quick kill' combat.  But given my many lucky episodes during the day, that was nothing to  moan about!). 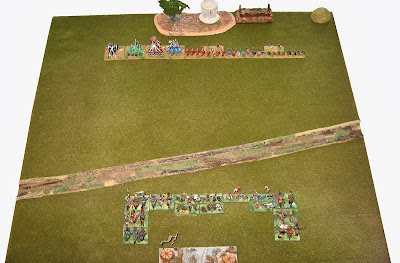 (Florentines vs Hittites on a bare Italian heath ... )

A full day of DBA wargaming (once I'd got going), and some entertaining moments as ever.   I was sufficiently engaged that I have to rely on Martin Smith to help with the eye-candy ... 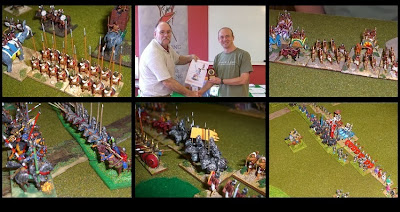 (a selection of pictures from Martin's collection: gets bigger if you click it) 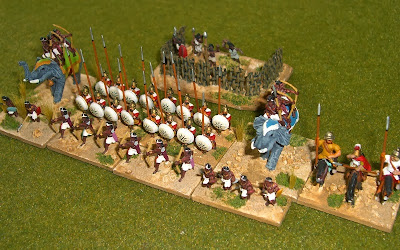 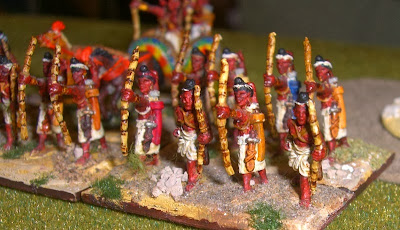 A great selection ... if you are members of the DBA Yahoo Group, you can see the Smith collection in the photos section there.

I will post up the full results, both for the Open and the UK League  ... but after the pool games and semis, the Open final was played between Myers and Smith, leader and second place in the League standings.

By this time Martyn M was too far ahead in the League but Martin S was able to ensure the 'Winners' trophies would be shared out by winning the last game. 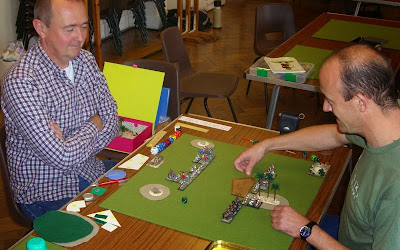 (English DBA Open sponsored by the Society of Ancients: final) 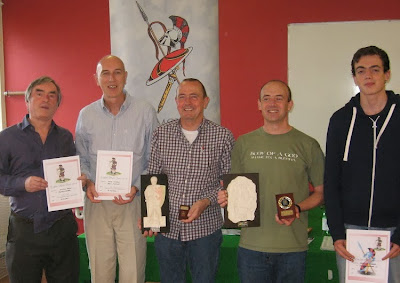 (some of the happy winners at the English DBA Open)

You can check the League standings on the UK DBA League page.  I will publicise the full results when I have them avaiable.

Thanks to PAWS for hosting the event with their customary efficiency and enthusiasm.

Thanks to everyone who played in the League events in the 2012/13 Season.

Thanks to Martin Smith for the additional photos. 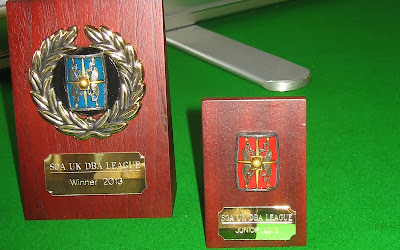