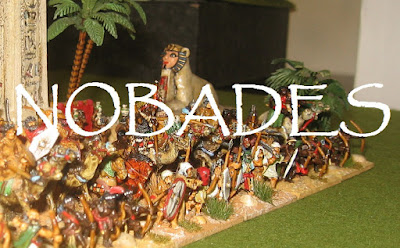 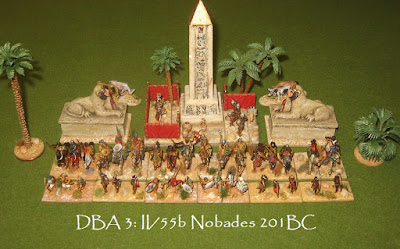 This is the army I selected for the 2016 English Open ...  part of the 'work in progress' project for armies on Rome's desert frontier (Axumite Abyssinian, Nomad Pre-Islamic Arab etc.) ...

For the event I have recycled some Abyssinian foot from my old DBM army but having played 6 games on the day, I'm happy this is a good addition to my collection of bespoke armies and will tailor make the requisite troops.   Look out for a future post.

Here's the army as it played at Portsmouth ... 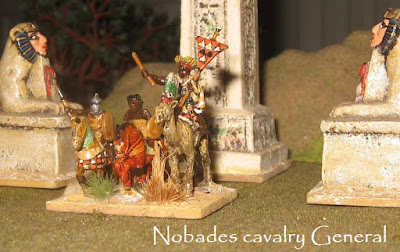 The general is a Cv element but I have put him on a camel to stand out. 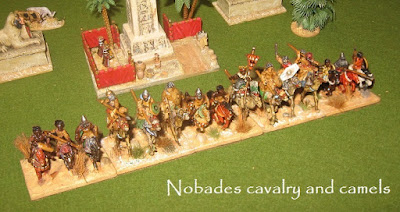 The cavalry are an imaginative mix of various components to give that desert frontier feel. 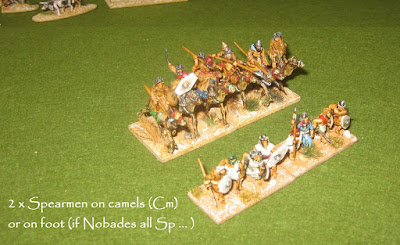 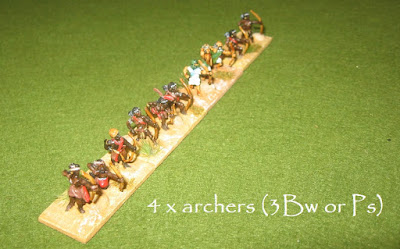 I have a large resource of African and Arab infantry and cavalry from that very large DBM army and should be able to populate all these armies with characteristic figures.

I favour taking the 2 camel mounted spearmen as the 'quick kill' against knights does give the army some deadly tricks. 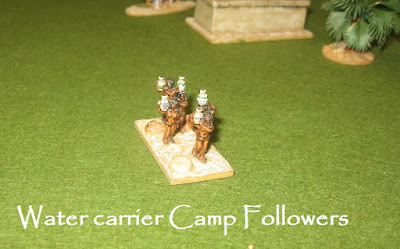 For the camp and table ornaments I assumed the Nobades had struck deep into the heartlands of the older Egyptian civilisations ...  it's a nice setting. 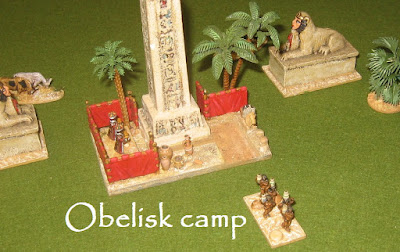 The Obelisk is the top half of a Hirst Arts model (I just found the full model too tall to be useful on the table) ...

The lovely water carriers are Chariot.  Otherwise it's a healthy mix of Museum, Essex, Falcon, Donnington, Gladiator, Chariot etc. I'm sure you can spot the various examples.

A report on the Open will follow shortly.
Posted by SoA Shows North at 4:37 PM

Sorry for the delay responding but thanks for commenting - positive feedback is always a special bonus ... cheers, everyone