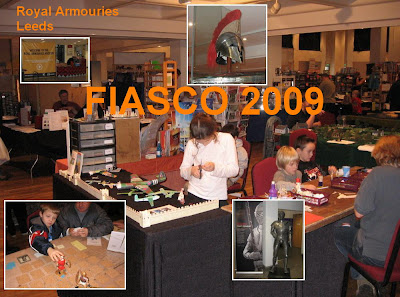 Great to be back at the armouries again - even if the coffee is as expensive as it is luxurious ... even if the way they manage the apron in front of the armouries seems designed to frustrate exhibitors. Excellent slot the organisers gave us this year ... I'd asked to be next to the ever helpful Steve and Dave of the Lance & Longbow Society - but I also hoped to get a chance to look at the Ilkley Lads' ancient naval game ... which turned out to be right next to us .... 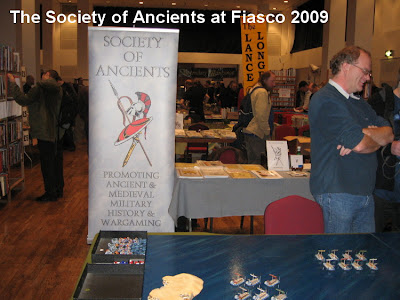 Ancient and Medieval zone at Fiasco 2009

As you can see from the photos, I was quite impressed with the deep gloss varnished 'deep sea' terrain boards they had borrowed for the event ... I hope you enjoy that reflective quality I tried to capture. 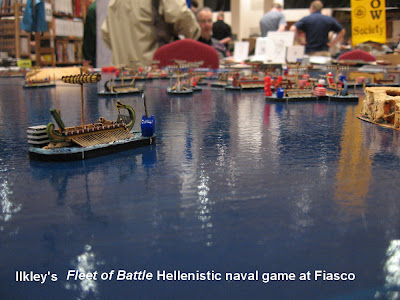 For a less 'arty' look at the game, and loads more pictures, you can try James Roach's blog ( here ...). The game is based on Piquet and features Xyston model ships. It seemed to work very well and looked splendid. Full marks, lads - and nice to be sited next to an ancients game. For another option, you might like to take a look at the Society of Ancients edition of Richard lee's Corvus (see it on the website's games page ...) ... If you get the chance to play either of these games at future shows take advantage. Always good to see the warships at work. 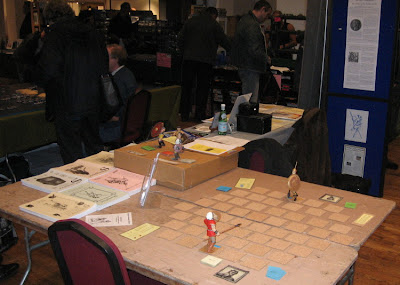 big figures Gladiolus from the Society of Ancients

Also available from the website, our own featured game was the gladiators classic, Gladiolus. An excellent participation game, and popular with kids and grown-ups alike. We had some fun with this, as usual. 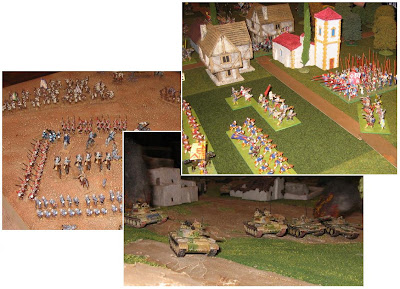 some of the other games round and about at Fiasco

Elsewhere, Fiasco had the usual mix of games, displays and traders ... I was particularly impressed by the range of dice the Dice Guys had on offer (yes, the do ... dice).

For some reason, Fiasco always seems a little smaller and less well-attended than some of the other Autumn shows. Strange, given the excellent added attraction of The Armouries making this a potential day out for the whole family ...

Although perhaps there are slightly fewer of them, the quality of the games at Fiasco is always good (I suspect you'll guess which impressed us this year, though), and there's plenty for the younger ones to do too. Put it in your diaries for next year. 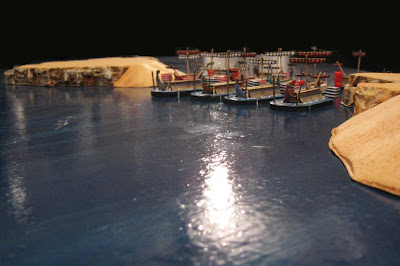 Twilight over the med. as the day ends at Fiasco ...
Posted by SoA Shows North at 11:31 AM