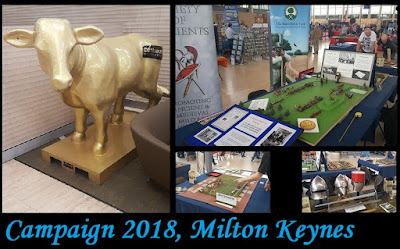 MEETING THE PUBLIC OUT SHOPPING

Yes ... as 2018 rushes by, last weekend was spent in the middle of a shopping centre meeting the public as exhibitors at MKWS's unique free wargames show. 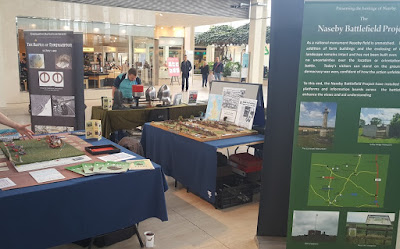 At this time of year we combine up as The Naseby Project, The Battlefields Trust, Northampton Battlefields Society and The Society of Ancients ... basically historical wargaming and battlefields history.   And we hope to get people interested.

Although politicians, news organisations, pundits and statisticians institutionally ignore it, this is the kind of thing that interests people.   People love their heritage and, in all the shows and events we do, I've yet to meet a member of the public that didn't care - and, where heritage is under threat, who didn't think 'something should be done'. 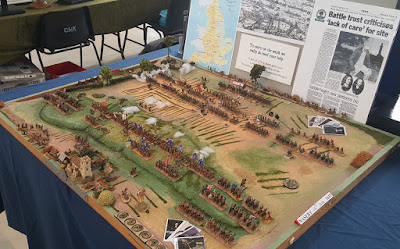 So it's important we get out there and let them know what is going on.  People care.  Mostly, though, they just don't know. 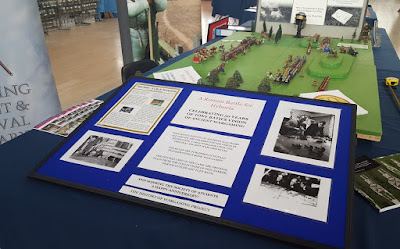 (The Society of Ancients display at Campaign 2018) 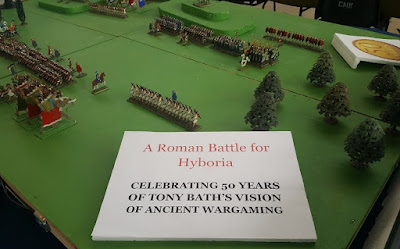 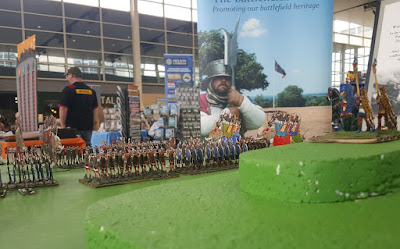 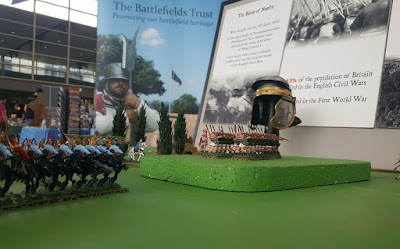 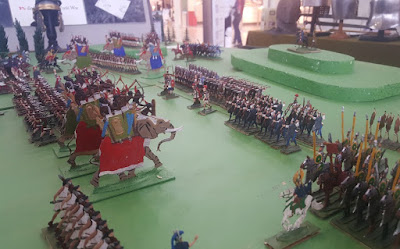 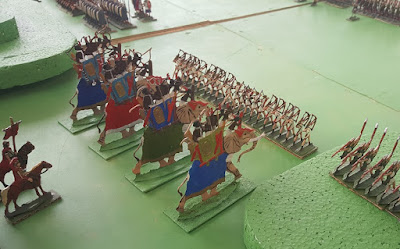 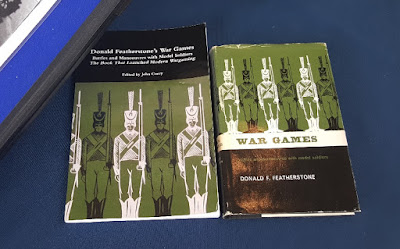 The best known version of the Bath wargame is, of course, in Donald Featherstone's classic guide - if you don't have a copy it is generally available second-hand (usually the prices are a snip) or John Curry has done a reprint.

For Northampton Battlefields Society we took along the 1460 Participation Game. 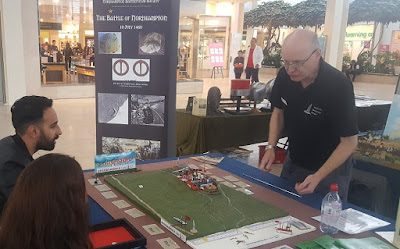 (Northampton 1460 at Campaign: Graham gets the shoppers wargaming) 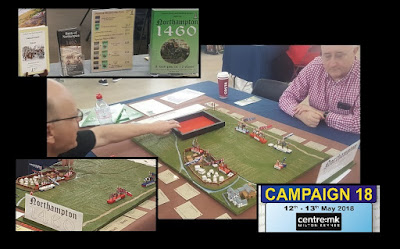 Of course a lot of what we do is getting people interested by encouraging them to handle reproduction weapons and equipment, pose for selfies (and, apparently, talk to Imperial Stormtroopers!) 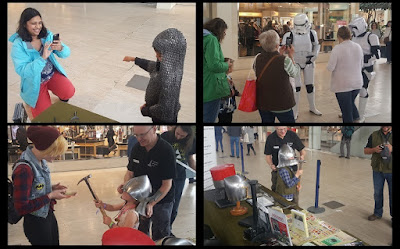 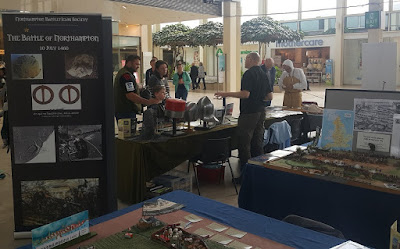 Mike, Peter (in the archer's garb) and Corin came along on the Sunday and increased our level of expertise 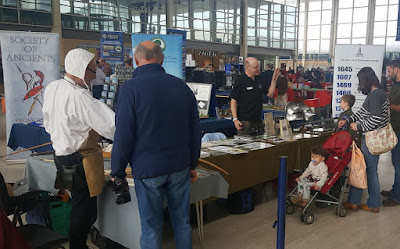 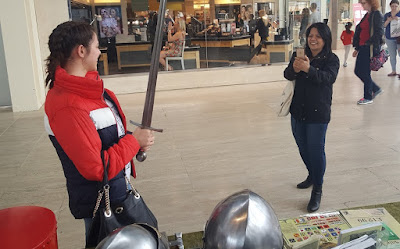 It's a nice event, and at times we were quite busy.  Which is encouraging. 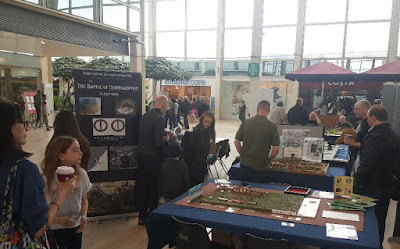 (the battlefields societies and Society of Ancients at Campaign 2018)

Out and about during my breal I caught up with some familiar faces ... 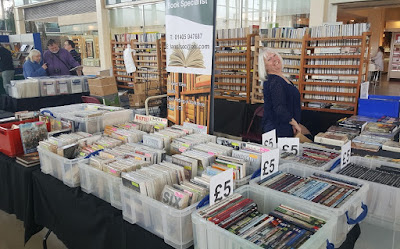 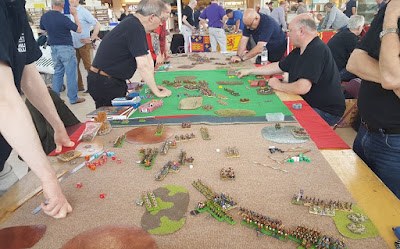 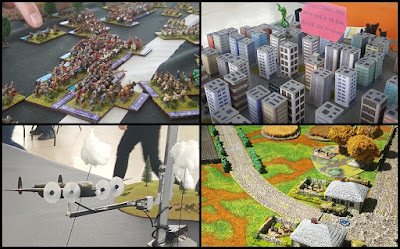 Well done to all of them.

Campaign is probably the most important show on the wargames calendar.  It is the only one I know which really tries, heat on sleeve, to get people interested.  Support them.  Come next year.  Run a game.  Meet and talk to people.

Here are some links: