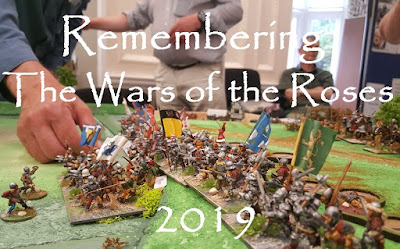 July is the anniversary month of the Wars of the Roses battles of Northampton and Edgcote.

And Edgcote was fought nine years later on 24th July 2019 (not, as you will see all over the internet, on the 26th - a tradition which dates to the following century and has no contemporary corroboration).   This year is therefore the 550th anniversary and sees the culmination of a 2 year project to reevaluate the evidence and to complete a wargame-able model of the encounter. 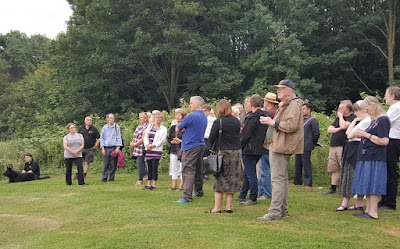 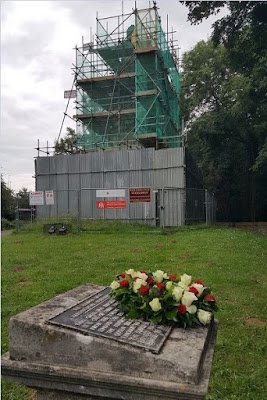 (the iconic symbol of Warwick's victory, The Eleanor Cross, is under conservation right now)

Earlier in the month we were still in recce mode at Edgcote. 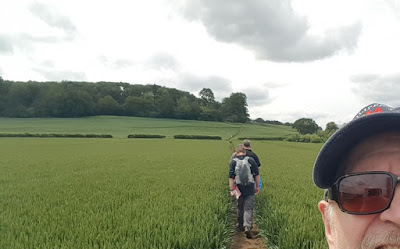 (NBS team Recce on the battlefield at Edgcote) 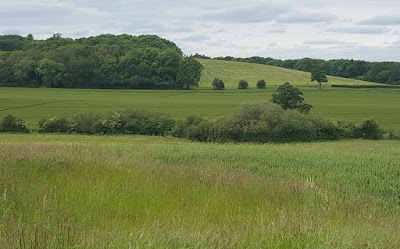 (Edgcote 1469: looking across Danesmoor at the Royalist positions)

A few weeks later we were showing the HS2 Oral History Team the lie of the land. 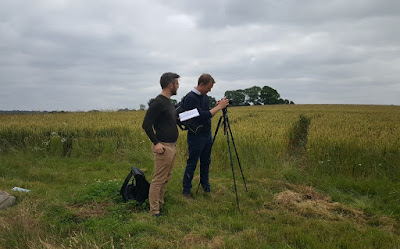 (HS2 with us at Edgcote ... reading the Welsh poems)

And we took the Wargame to the Conference of Wargamers 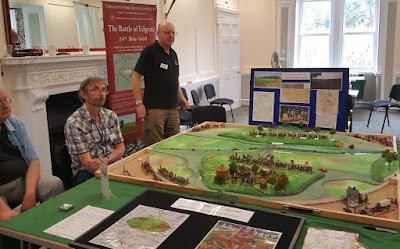 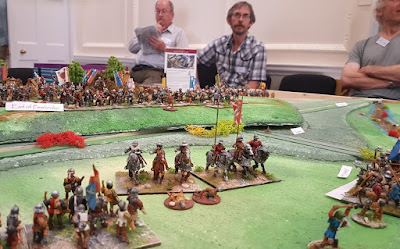 (Edgcote at CoW 2019 ... Clapham's cavalry attack falls back after doing its job) 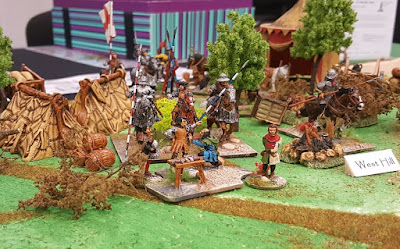 (Edgcote at CoW 2019: Henry Tudor awaits his escape options in the Royalist camp)

On the anniversary, the 24th, we led a walk on the battlefield ... note how the colour of the crops has changed in just a few weeks) 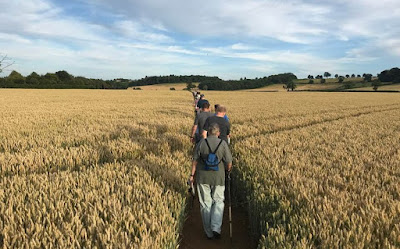 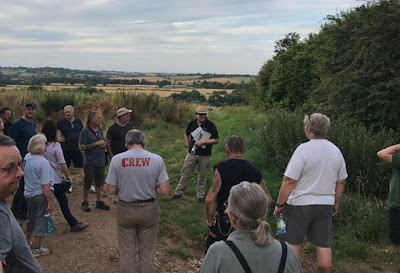 (Anniversary walk: Phil interprets the battle of Edgcote from the Royalist perspective)

... and at the end of the week we took the model to the Edgcote Study Day at Abington Park Museum (Northampton Museum) 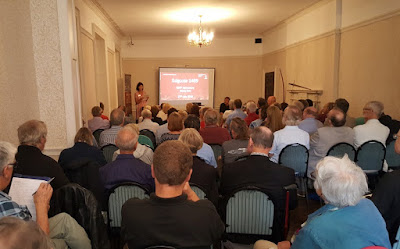 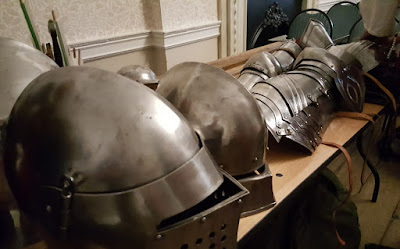 In addition to Ann's agenda setting discussion of Medieval Welsh sources on the battle, Graham analysed the documentary evidence and I looked for clue in the visual sources. 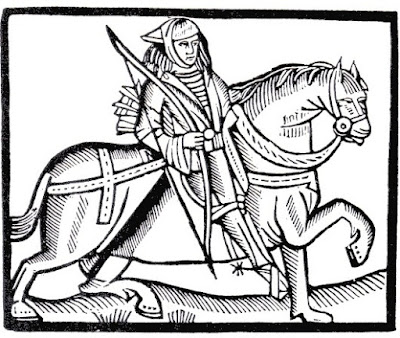 (Robin of Redesdale?: a contemporary woodcut of Robin Hood) 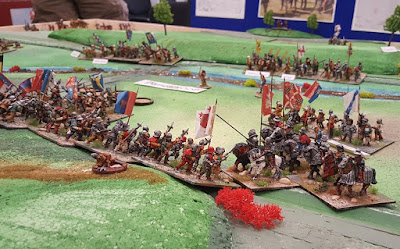 Next up, the game will go to the Defence Academy and then on to Partizan  at Newark Showground in August.

Great summary of what's been a busy month. Looking forwards to Newark, - hopefully we'll get some good traffic with the model.

BTW It is "Ann", not "Anne". At least you didn't spell her surname wrong, like I did.