This army reflects the Libyan armies from the great age of Egypt: from the earliest times to the age of the New Kingdom and the period of Kadesh.  The core of the army is auxilia or (fast) hordes and I have chosen to fill the ranks with a rag-tag of desert supporters. 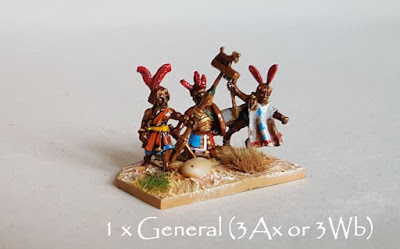 Most of the figures in this army are Chariot Miniatures (with the odd Essex and Falcon figure mixed in for variety).  I can't see this general wanting to deploy as a lone warband but it may be something to try at some stage. 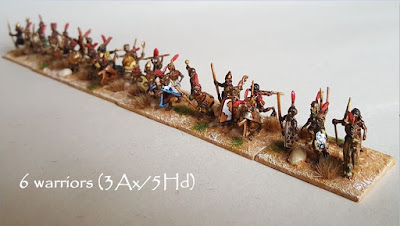 I have tried to incorporate a number of animal skin patterns (although some can be a little challenging in 15mm!). 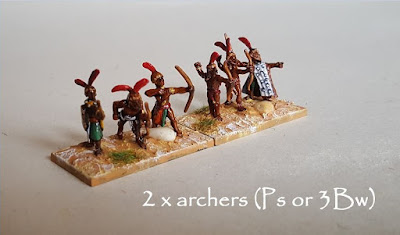 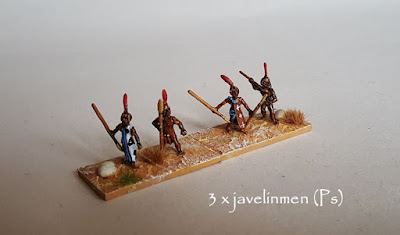 (one of these skirmishers seems to have wandered off!)

I can't say littoral as the army isn't (even though they allied with the Sea People and fought in the delta): you have to be a few hundred years later (Libyan Egyptian) to fight beside the water.  So this is any old inlet ... 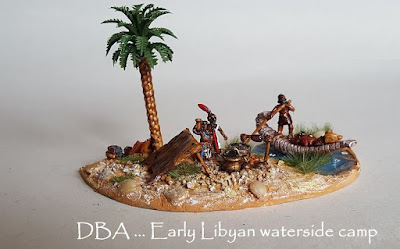 ... and a Chariot and an Irregular cauldron on the boil.

The removable boat is the CF, mounted on 'perspex' as that's how I generally do water.  But I have provided a spare javelin base (in addition to the camera shy ones!) ... so that if anyone baulks at the boat sallying out, I can provide a suitable substitute. 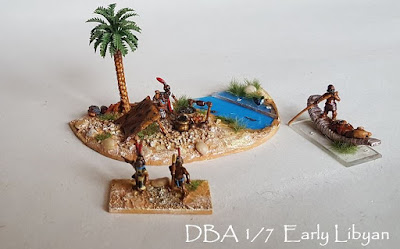 I tried to do one of those trompe l'oeil painted fish in the water.  You can see it through the boat's plastic base.  It is very small but sort of works ... and there are some lilies to give an illusion of depth. 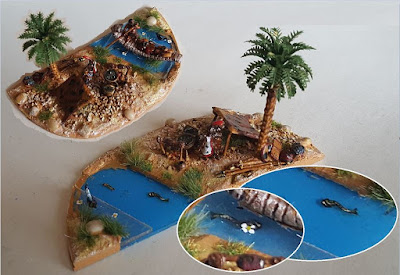 (15mm fish in the water ... water teems with fish in Egyptian pictures) 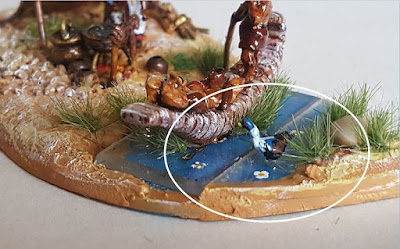 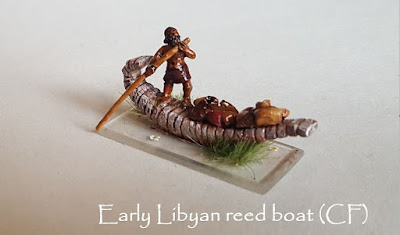 This army pairs with Nubian.

One of the things I love about DBA, is the way that the small size of the army frees people to do awesome and creative things. This this thing here.

Yes, I agree and thanks for that :)

Your army looks great and your camp is superb!

I am painting up a Kushite army (I/46b), and I am using several of the same figures you used for your Libyans, so it is nice to see how you painted them up and what kind of designs you came up with.

Always happy to share. I hope there is some inspiration, there, Christopher ...