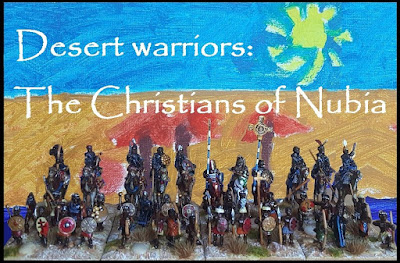 Another addition to the later ancient African group of armies (with Axumites and Nobades already available and Meroitics on the desk), this is another warriors and camels type army from the Middle Nile region and can ally with or fight against Beja and Nobades as well as fight against the Abyssinians and most of the surrounding Arab dynasties. 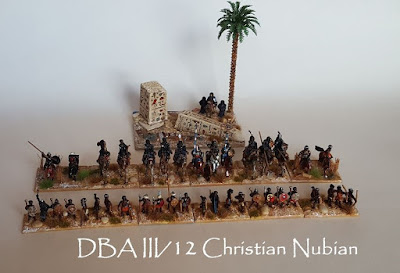 The camels are Museum Miniatures with the usual adaptations that are needed to fit them on the bases.    The spearmen and mace-men are Feudal Castings.  The balance are the usual mix of Chariot, Essex, TableTop (and there's a Grumpy and a Donnington in there too!).

The broken obelisk has been knocking around for ages in my terrain box, so I turned it into a Nubian camp (changing the Camp Follower element leaves it suitable for a number of armies/periods so it's a handy item) ... It was a Hovels model, I think.  It seems good to me for anyone who has a grudge against the Egyptians. 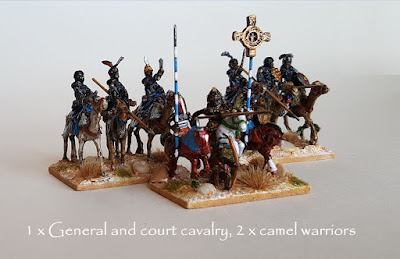 I put the King in an animal skin transplanted from a Roman Aquilifer. 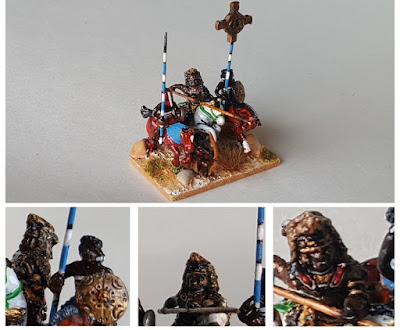 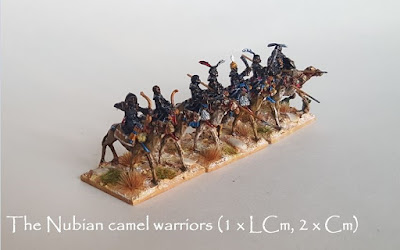 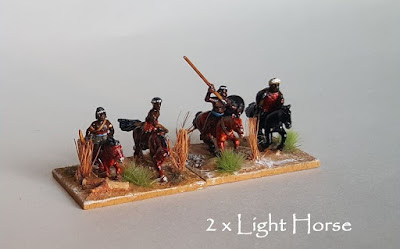 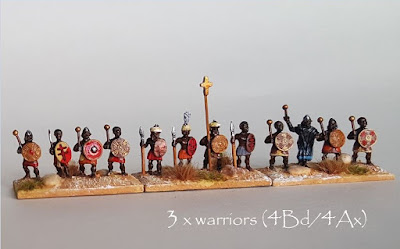 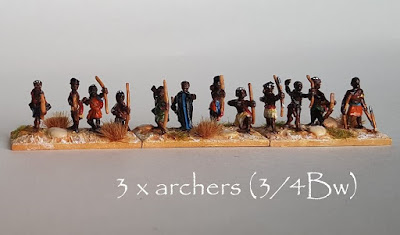 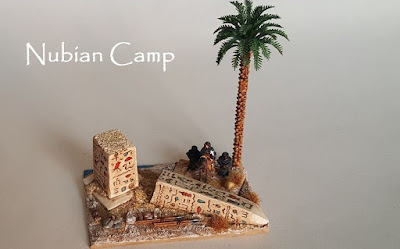 There are a number of Camp Follower elements that would be suitable for this camp but here I have tried to hint at the legendary figure of Prester John ... almost certainly nothing to do with Nubia or even Ethiopia (but nevertheless maybe a distant memory of a lost Christian Kingdom somewhere beyond Arabia) 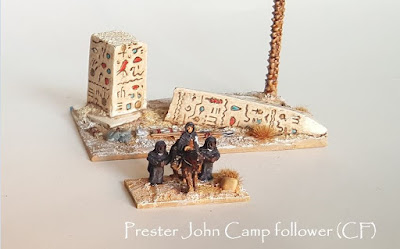 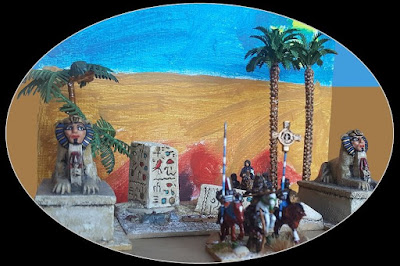 (Prester John and the desert kingdoms, sand dunes by Imogen)