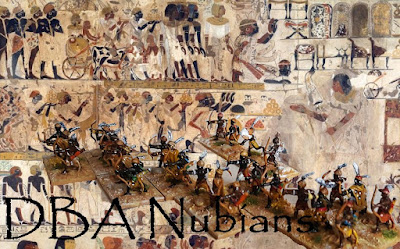 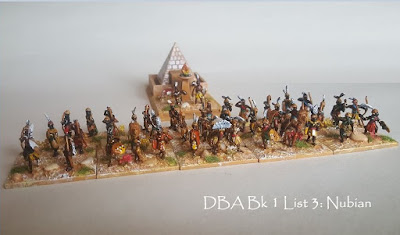 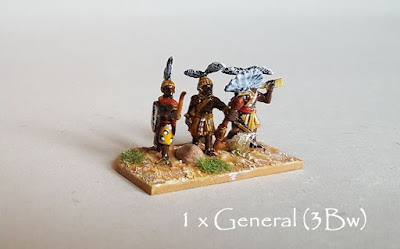 (the fan is borrowed from a Minifig ... otherwise Chariot Miniatures fom Magister Militum) 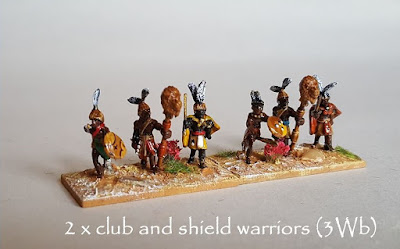 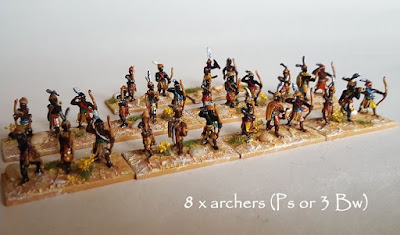 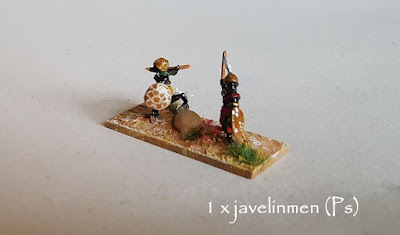 As with the Libyans, I've tried to do the best I can with the animal skins (as that's what these early desert peoples do - they don't have much to show off other than bits of wood, animal skins and some small bronze weapons)

The camp is inspired by images of Nubian tombs ... the pyramid is a piece of a child's toy I rescued from being thrown out.  Now it has a new life.  I added cattle as Nubians are often depicted with cattle in Egyptian paintings (see the header pic).  Probably it is how they paid tribute.  So the camp sort of says 'come and get it if you think ...'. 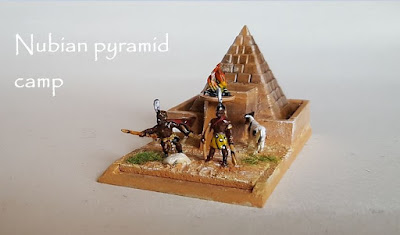 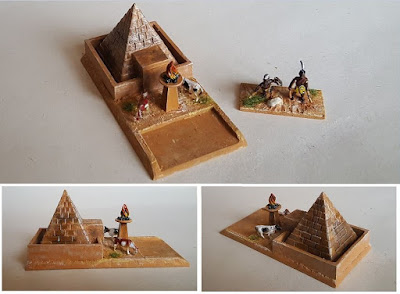 This army pairs with Early Libyan
Posted by SoA Shows North at 9:50 PM

Awesome Nuban army, and this camp is, once again, superb and unusual!