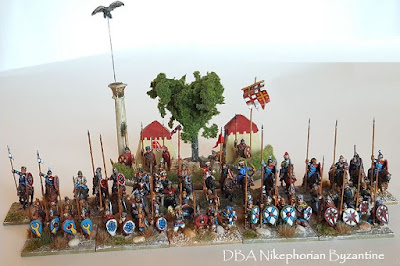 This is a fairly generic Byzntine force configured to list 65 and with an 'on campaign' feel: soft hats, cloaks, variations in equipment.  It has a lot of skoutatoi (8Bw) archers. 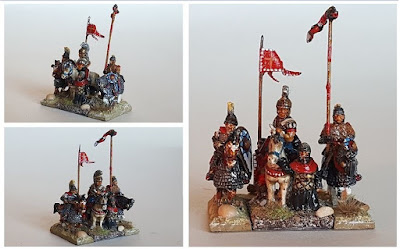 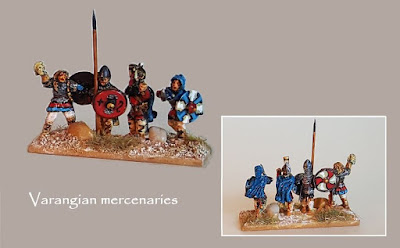 The Varangian mercenaries can be used to stiffen the archers

The general is one of 6 mounted elements elements ... 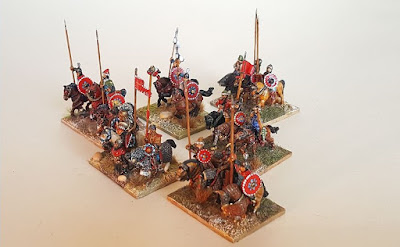 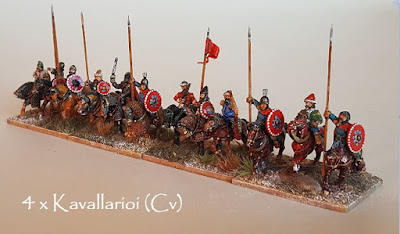 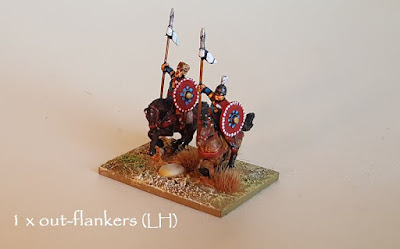 The main infantry force is a phalanx of archers protected by spearmen. 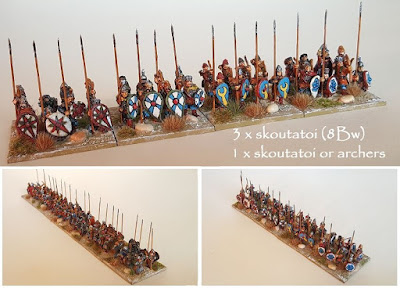 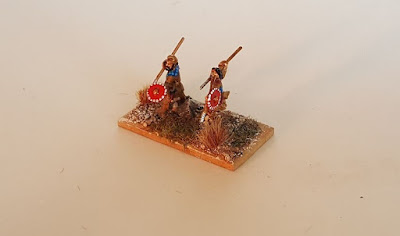 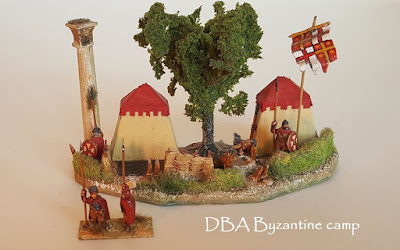 To achieve the necessary shallowness but still give the impression of a tented encampment, I have only used half depth tents.  They are home-made out of card and tissue so any easy illusion to try (and which I think works quite well. 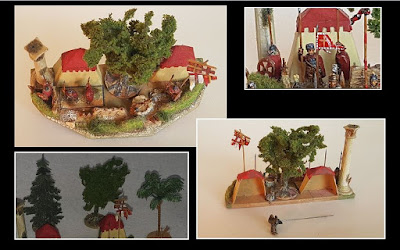 The trees are magnetised allowing a switch between theatres.

This army pairs against Early Lombard.
Posted by SoA Shows North at 1:28 AM

Thanks Phil and Phil ... appreciate your aupport!