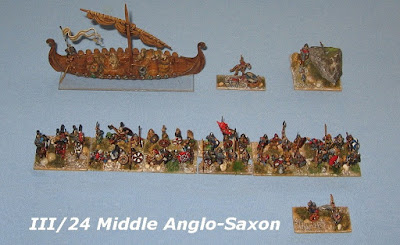 This army now gets a gallery after the reorganisation and refurbishment of a number of Dark Age components, Saxons, Goths, Gepids etc. formerly featured together (here and here)

So just a word about the lists ... this is 'middle' Anglo-Saxon and comes in an early and a late version.  Earlier Anglo-Saxons (the Hengist and Horsa folk) are covered by list II/73 and are basically all warband but for a single Ps.  'Later' Anglo-Saxons are covered by Anglo Danish (the Hastings period) ...

So this is the heptarchy period and the wars against the Danes ...

The core of these armies is 'select fyrd' (Sp) ... the earlier list (a) hird (household troops) are warband and have a cavalry option, the later hird are 4Bd but lose the cavalry option.  In 11th cent.armies we usually call them huscarls.  I can do either but have tagged the army (a) because of the cavalry. Some of the figures have long shields which does, of course, suggest a later date. 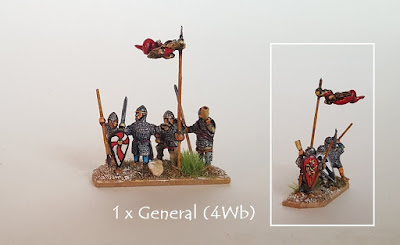 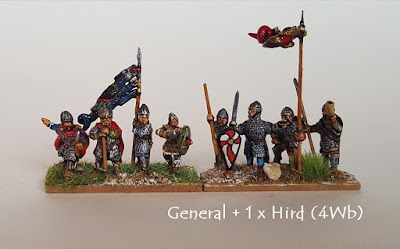 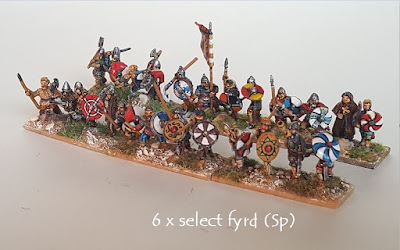 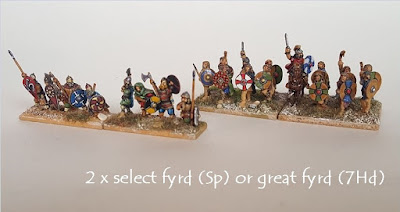 I suspect most people will take the Spearmen although a shield wall of 7Hd has a lot of period feel about it.  You can have 4 of them in the Anglo-Danish. 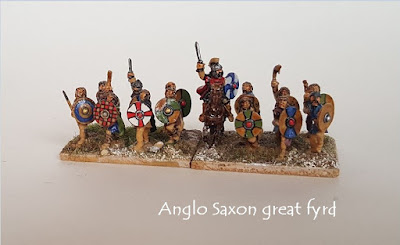 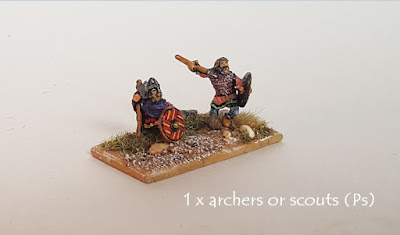 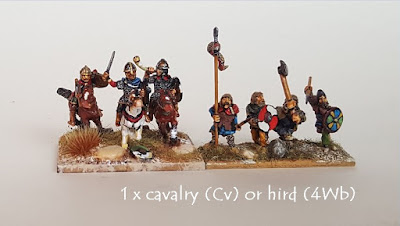 (cavalry are Chariot Minatures, the foot are: 2 Metal Magic plus a Two Dragons and an Essex)

The original Anglo-Saxons were, of course, 'boat people', invaders and migrants from Northern Europe, and although we think of the Danes as the archetypal longship raiders, the English were always seafarers and the great rivers were the highways of Dark Age Britain - so I decided to give these Angelfolc a longship camp ... beached on a river or inlet to the rear of the battlefield.  That would be just off the table in most games, of course, and the ship will have been dragged ashore (and so just on the table edge) - it all makes sense to me. 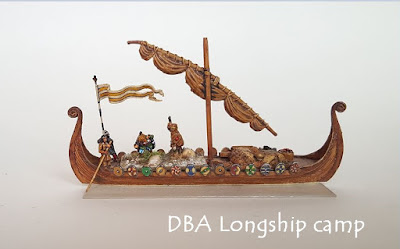 The ship is one of those old Revell ones (regularly re-issued under various brands)  and - judging by the shields - is a little under 10mm scale.  I swapped the plastic sail for a spare, furled, Essex one.  There's an Essex and a Hallmark crew figure and a miscellaneous heap of supplies. 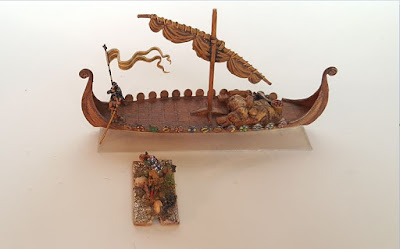 The camp follower, in this case, is just a Ps element with the base notched to accommodate  the mast structure.  I decided in this instance to match the basing to the rest of the land army (so it's just an army element sitting in the boat) rather than match it to the vessel - I guess a perspex base would be another option. 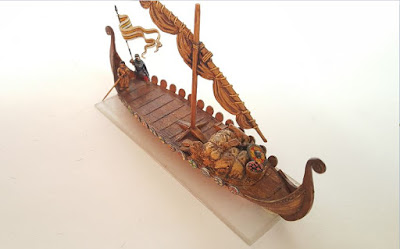 There's also a couple of basic 'baggage heap' camps which I recently added as we have a big game coming up and will need some extra baggage markers.  I bought these decades ago and I am sure they were from Peter Pig.  When Colours was at the Hexagon, anyway.  Drum roll: they have now been painted and have a job! 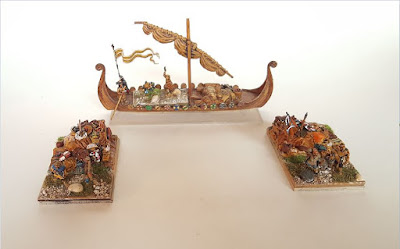 Also in the Anglo-Saxon box are a number of bua options which I will include in this gallery - a ring fort and some huts ... the huts can go in the fort or on my generic terrain templates to make hamlets ... 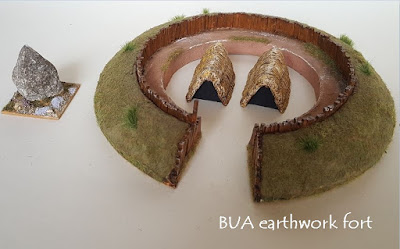 (scratchbuilt fort with a rock 'Barker marker' and some resin huts) 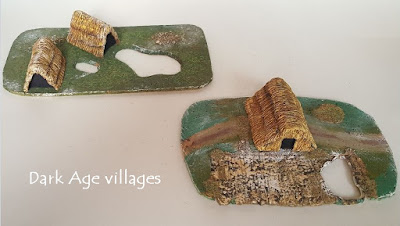 The gateway to the earthwork is an element wide. 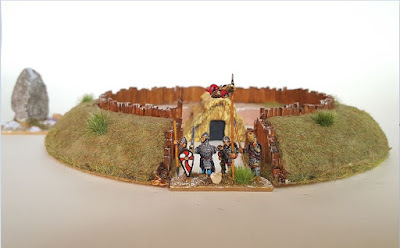