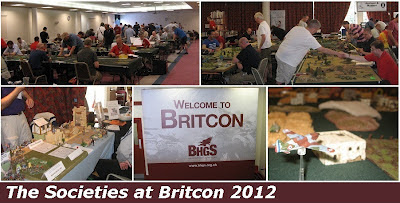 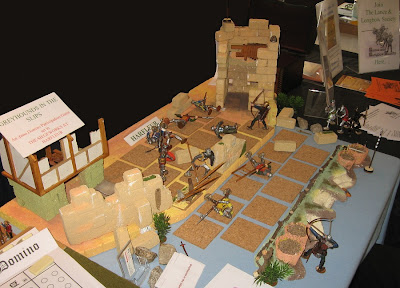 (Greyhounds in the Slips by the Society of Ancients)

Actually we got a number of games of Greyhounds in the Slips played on Saturday, the players all enjoyed themselves and the Society of Ancients sold a bundle of games.  Indeed it went very well. 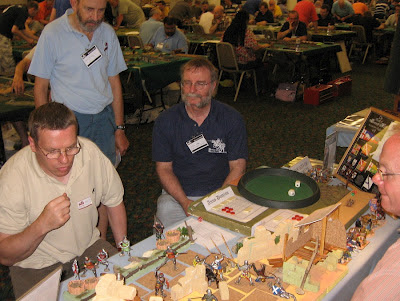 Two days earlier we still hadn't heard whether we were invited (whether they had space and tables for societies and show games), and, as it was, we only had a proper pitch for the Saturday ...

Well, the further atrophying of the show side apart, there was some chink of light shining through at Britcon.

Gone, thankfully, was the corporate overload of the Slitherine empire.  Although there was no show to see, gone was the public-blocking Slitherine hoarding and intrusive computer gaming 'play and sell' station. 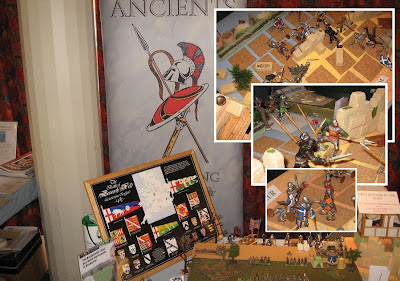 (the Saturday stand with snapshots from the games)

The event had been slimmed (just the ground floor) and the Bring & Buy (which seemed well-enough organised) was down in what had previously been the cafeteria - giving a more nucleated feel.   The upstairs food outlet was now the only one open other than the bar - and so there was much less of the food clutter and debris spoiling the look of the main areas. 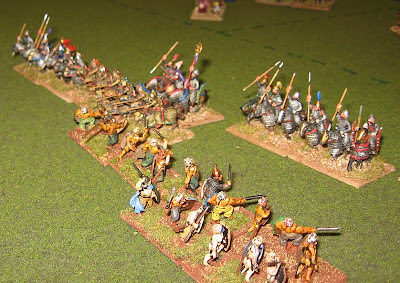 Many of the usual BHGS boys have retired, and Nobby's babes seem to have taken over.    They seemed to cope OK and were nicely turned out in the new polo shirts.  All good, then ... 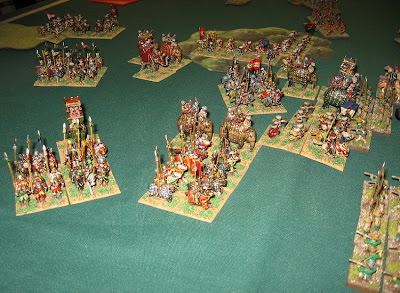 (the BHGS competions: Field of Glory) 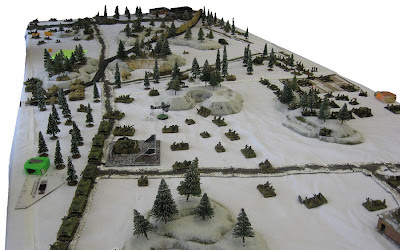 (the BHGS competitons: Flames of War in a cold climate)

All the important games seemed to be there (FoG, DBMM, Armati, WAB etc.) plus, outside our period, FoW and FoG-R.   It is a pity they never figured out how to get DBA included in the programme.  It needs two one-day-only items on the list, with DBA swapping for something else for a day. 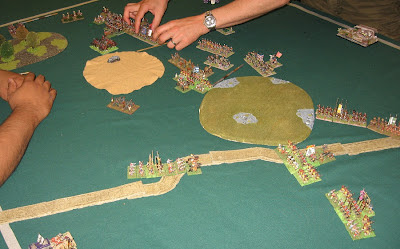 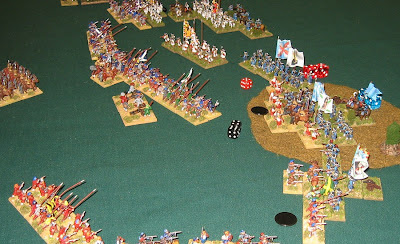 I was freed from playing the infernal 6 competition games this year so had an enjoyable weekend presenting games of Gits and Bosworth, and generally publicising SoA, L&L and the Battlefields Trust. 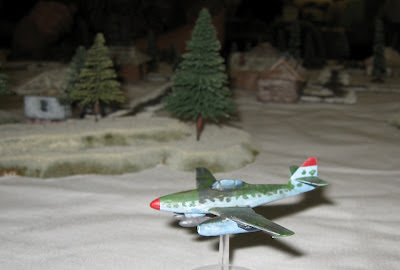 So ... on Saturday we ran a joint SoA/L&L stand and played half a dozen games of Greyhounds in the Slips with visitors.  Actually, the first game was between Will and Steve, who hadn't had the chance to play it at previous shows (they had been presenting games for L&L): they picked up the key points in the game and were running it themselves an hour or so later!

They trained up very well!   We had a couple of disasters for Harry, and a couple of near run things.  We also did a couple of play test runs through the 15mm 'test' version of the forthcoming Bosworth game. 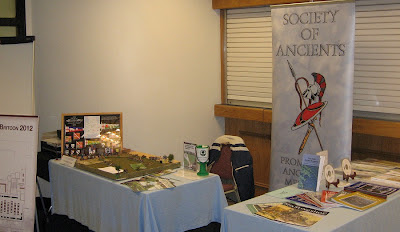 (all change: the Society of Ancients goes solo on Sunday)

On Sunday, although the joint stand was one-day only, I was able to take the offer of a spare table to give me base and ran through a few more games of Bosworth.  It still proves a tough ask for Richard though his army seems the stronger. 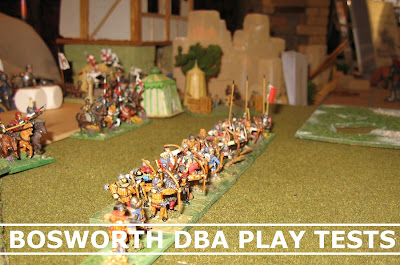 (play test Bosworth: the figures are standing in for their English counterparts - who will appear in the 54mm version)

The play seems to vindicate Mike Ingram's theories on the battlefield and deployment.. 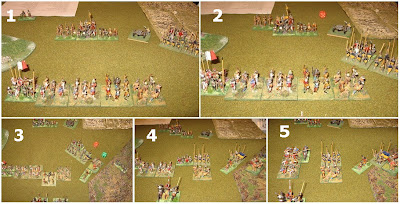 (the Bosworth playtests: a game in stages)

One of us, however, managed to get Henry V killed at Harfleur, and continued by dying as Henry Tudor at Bosworth.  In the latter case by frontally charging DBA bowmen in the open and not rolling 'up'.   I don't think it compromises the scenario, of course (I'm fairly confident that Henry would scarcely have done this in the real battle) ... 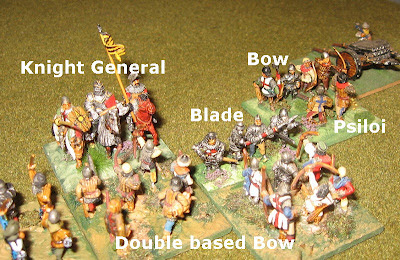 I didn't stay for the prize-giving - so can't give you my usual podium photos and event top lists.  I did see, however, that Scrivs got the Persian Helmet award.  A good winner, I think.  Best of luck.

OK - I enjoyed Britcon - it happened and, a little less flabby, seemed to be full of happy wargamers.

It needs good communications, good publicity (any/more publicity) and a show worthy of inviting the public to (i.e. a few club demo and participation games and some non-commercial content other than ourselves and Lance & Longbow).   That said, count me in, BHGS, if you want to keep this going as a show to visit as well as a competition. 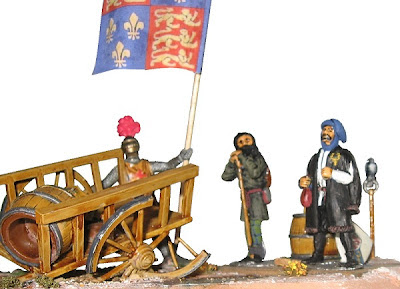 (some of the 54mm Bosworth figures: Lord Strange bides his time in Richard's camp - axeman at the ready! ... figures and cart by Irregular Miniatures)

My thanks to the Lance & Longbow Society for putting this combined enterprise together, and to will McNally and Steve Ayers in particular for their help and encouragement with the game.

The Other Partizan is on September 2nd.
Posted by SoA Shows North at 1:33 AM 2 comments: