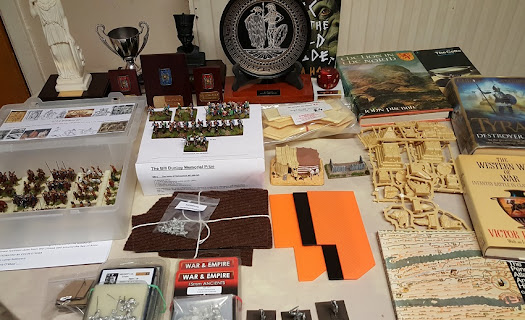 After nearly 2 years (since Tarrington 2019), with a trip down to Alton, we were able to wind up the DBA League's longest season ... the Covid Year. 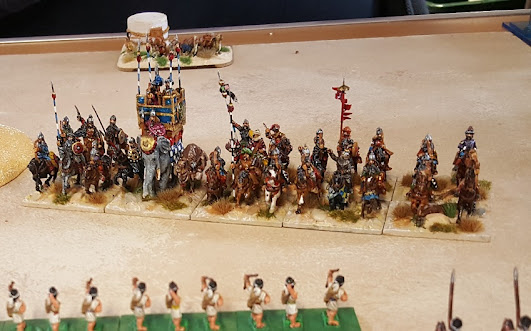 (Timurids at Alton)
The theme was My Own Worst Enemy ... and we had to select armies we would, alternately, play with and play against ... I took IV/75 Timurid. 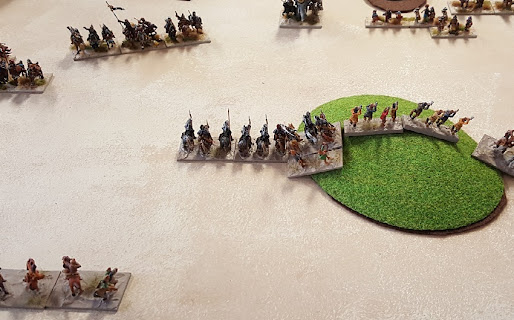 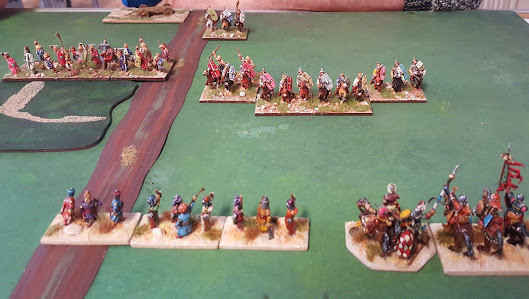 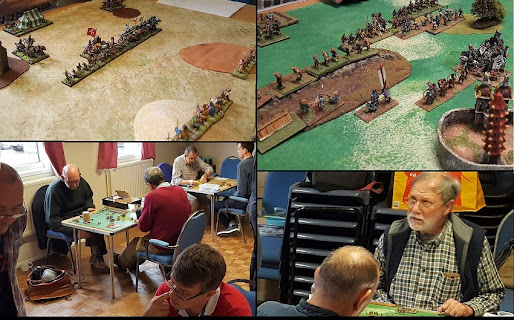 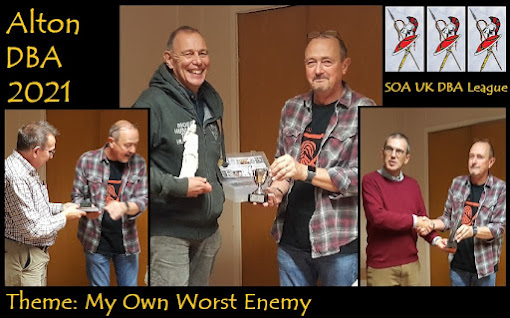 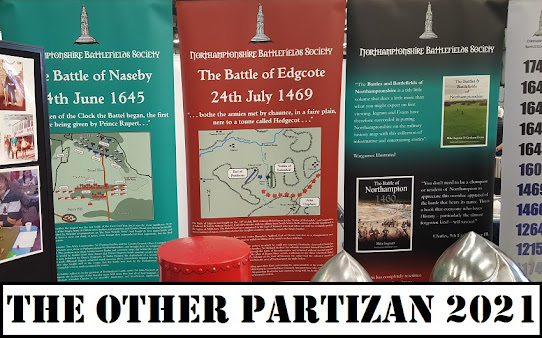 Properly back on the road, now - a real wargame show.  I had to pinch myself ... it was good to be back.  Meeting people.  Talking about battlefields.  Pushing toy soldiers.  Browsing and chewing the fat. Plenty of that! 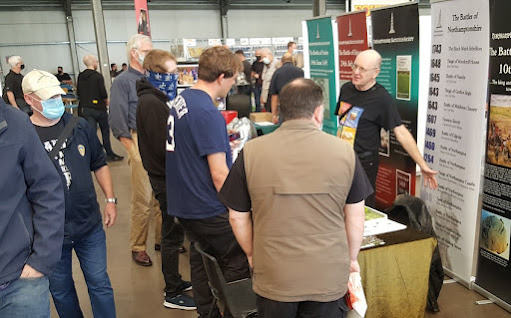 (The Other Partizan - talking to people)

To beguile the visitor, we took along The Battle of Northampton 1460 and a stand compatible 6mm version of Edgcote. 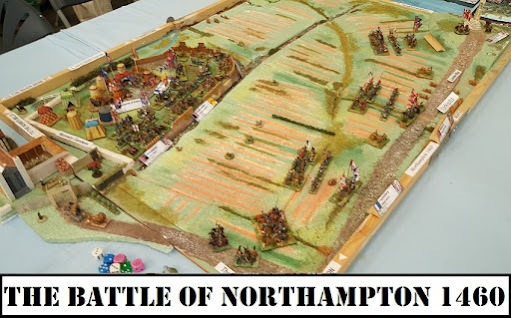 We were in good company - flanked by the Lance & Longbow Society and the Civil War Centre/Battlefields Trust, and opposite Wargame Developments. 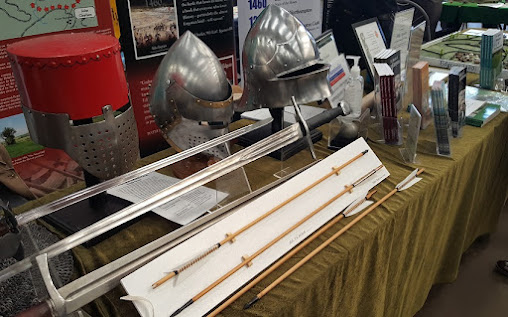 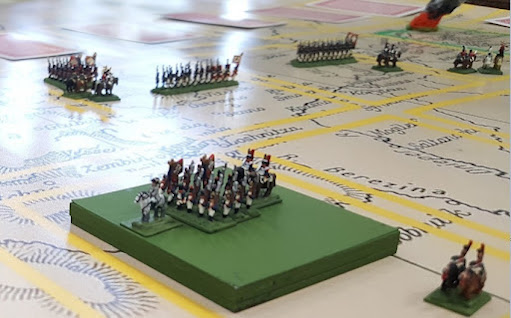 (WD's Moscow 1812 game: as the pic shows, I manage to get some of the Grande Armee home)

We joined forces with the Northamptonshire Battlefields Society and Naseby 1645.

As well as the Societies and the much-missed analogue shopping, there were some excellent Ancient and Medieval games ... 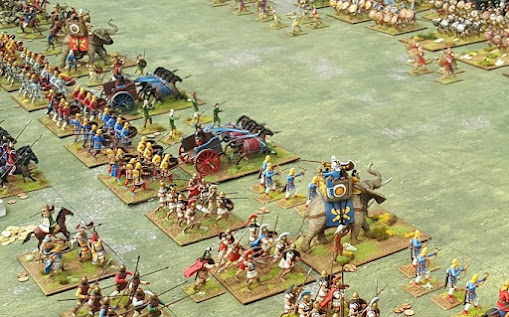 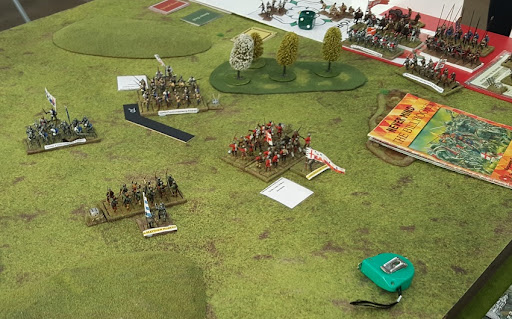 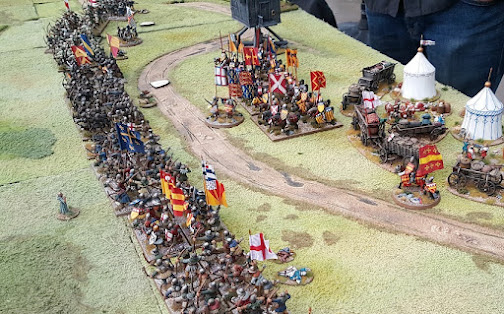 (the English lines in the much admired Crecy game)

And outsid our periods, there was also much to admire: 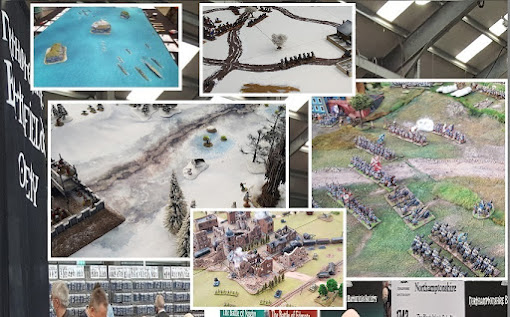 (more games from The Other Partizan 2021) 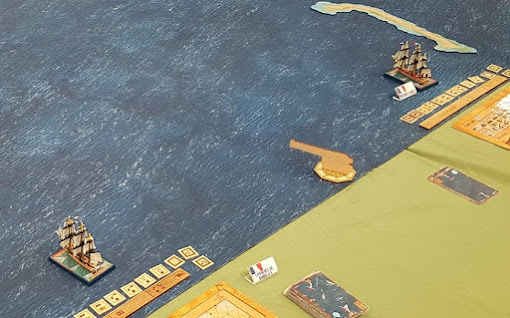 It was difficult to decide if this was one of the best Partizans ever, or whether it was just because it has been such a long time sinc we were all able to experience this games and display 'in the flesh' as it were.

We used Politics By Other Means to run through the key events of the Battle of Northampton. 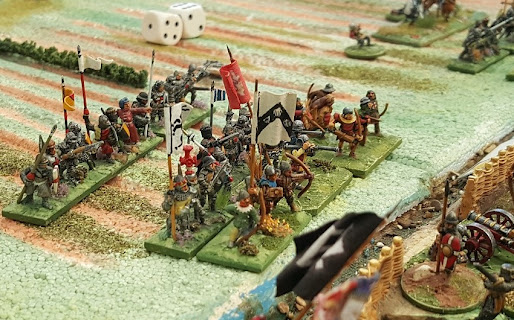 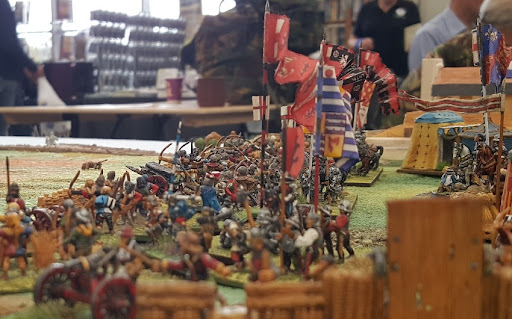 (inside the position: the calm before the storm) 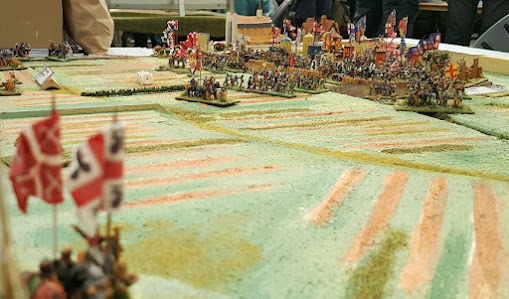 (the attack, as watched from the Eleanor Cross by the Archbishop of Canterbury) 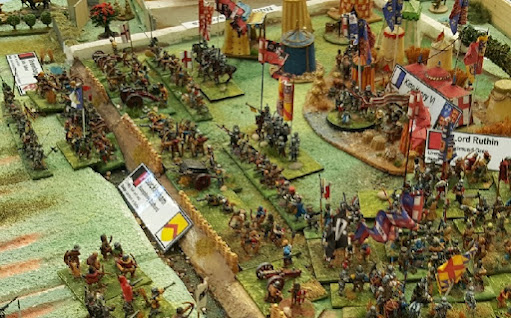 (NN1460: bottom right - the Earl of March's contingent breaks into the Lancastrian camp)
As so often happens, the dice steered us in a very historical direction!
It was wonderful to be back out on the road, and to be a a real show.  Many of us were pinching ourselves!
Posted by SoA Shows North at 12:00 AM No comments:

Originally, my Mongols and Timurids shared the same camp - but I had a number of camels surplus and an idea for scratchbuilding a yurt ... so the idea for a camp was born, and allocated to the Timurids: 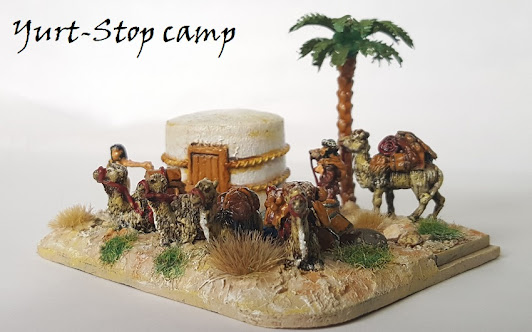 The model is therefore a very small part of camel stop-off or caravanserai, where a number of laden beasts are being parked next to a yurt.

The camels are mostly Gladiator with contributions from Irregular and Falcon ... the cameleer is Museum with a Gladiator head (the yurt is bottle top with s tissue covering and detailing in wire and miliput) ... As usual. the Camp Follower is separate and can be detached,
CAMP FOLLOWER 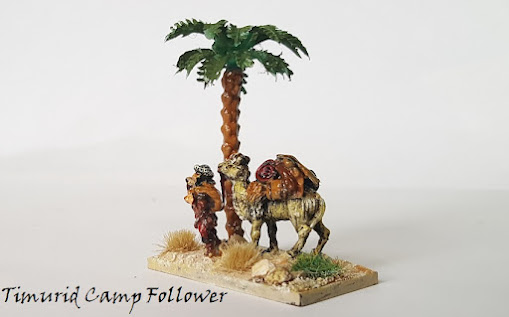 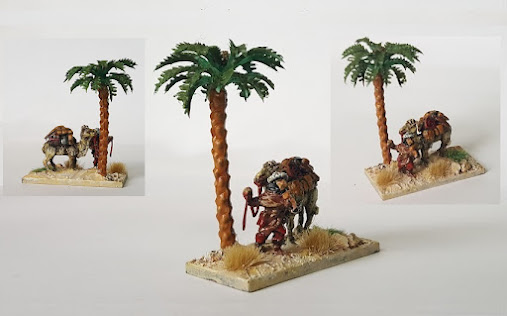 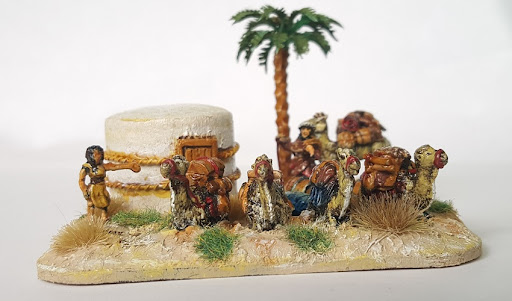