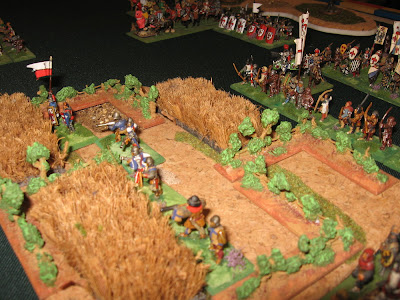 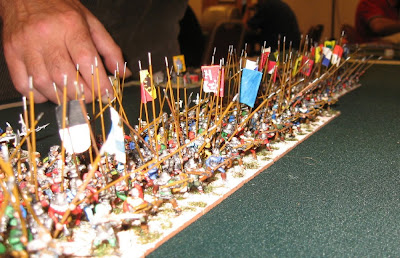 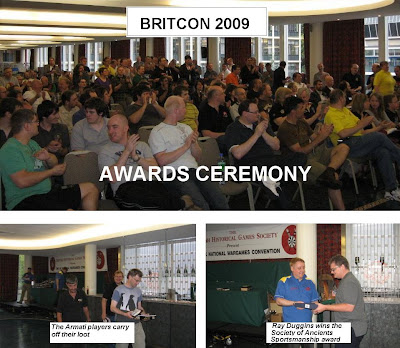 The rest of Britcon? Well sadly, I didn't get to see much of it because I was stuck at a table (and so apologies for the scarcity of photos, too - on site for 46 hours, but no time to dither around with cameras ... one must game, game, game ...). It was very hot and humid this year which probably added to the fatigue. Would that there was more to Britcon than the competitions, because it is such a great social event and a good chance to meet up with so many people ... but I guess you can just have too many queues for this and queues for that in an environment strangled by its own over-regulation. Lets see if we can't organise some kind of big participation game or similar next year (and maybe some fresh air too ...)...
Posted by SoA Shows North at 5:32 PM No comments: 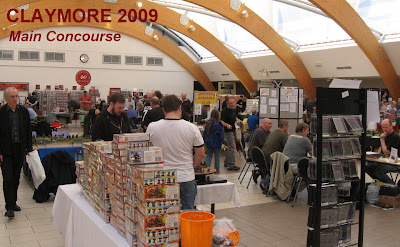 This was the first Claymore at the new venue– .