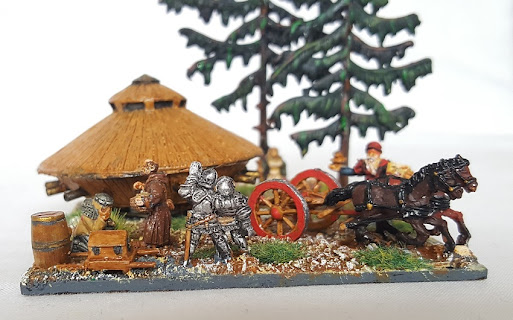 So this is an alternative baggage element for my Condotta Italians (specifically, it would be Milanese) and represents one of Leonardo's military devices.  There is, of course, no evidence that the machine was ever built*.

The plans show what look like cranks driving gears which directly turn the wheels.  Clearly it would have needed an engine of some sort to be viable.  I have shown a prototype machine being towed to the battlefield by horsepower. 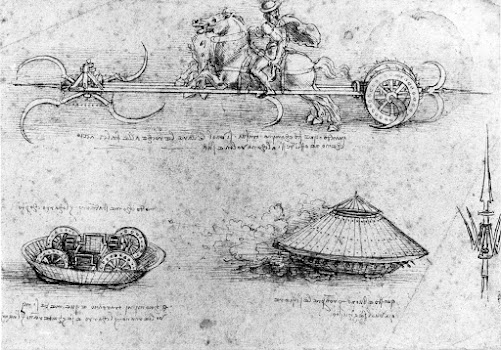 The model itself is resin, by Alternative Armies - and I got one for Christmas.  You could argue that it is 'Artillery' although it is a bit big for a DB Art base (it is 50mm across, so overhangs the standard base used with 15mm figures) ... so I have magnabased it, and provided alternative bases: a camp, which I would imagine would be its normal use; and a square sabot, which could see it as Art or, conceivably, WWg (as Leonardo clearly meant it to 'move and shoot'). 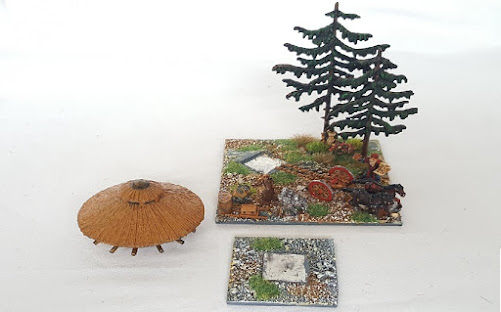 (the warmachine's options: camp base or Art/WWg base)
Clearly, the idea is that the camp shows part of the army rear area - injured soldiers are retreating from the battle, the great inventor is bringing up his wonder weapon to save the day.  Perhaps.  Or maybe this is all just made up.
The model also incorporates trial #2 of using flats scenery (in this case the fir trees) to create a bit of extra background without using up much in the way of depth.  The trees are from Berliner Zinnfiguren.
Detail 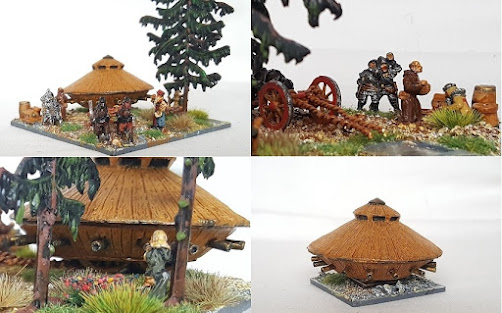 (Milanese DBA camp: in the rear, with the gear!)
Although it overhangs more than a little, crammed in with some contemporary soldiers (from my Yorksts) it does almost fit ... 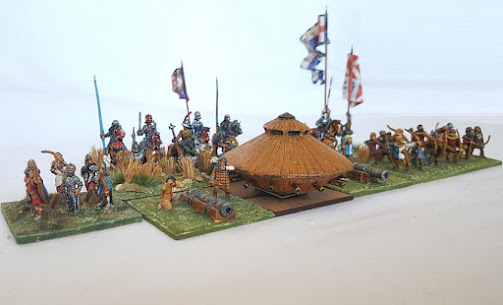 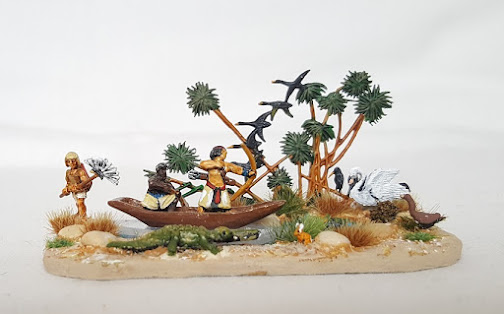 (Hunting in the Delta: mixed flats and 15mm 3D figures)
I recently added the 2D swan to the mix of birds, populating the scene. 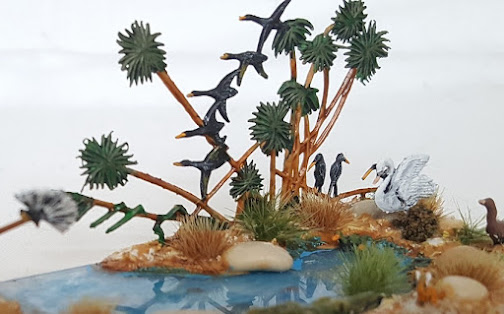 (with the Camp Follower removed: a view of the flora and fauna)
Also receiving its finishing touches, the Sea People's Ship has been tidied up and photographed for the Camps and Baggage page. 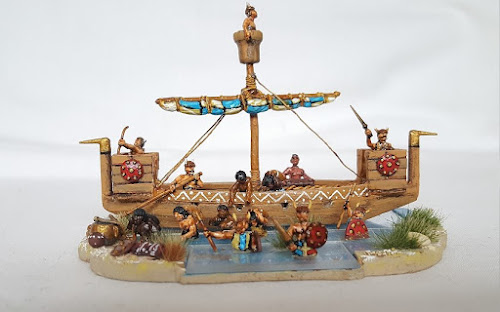 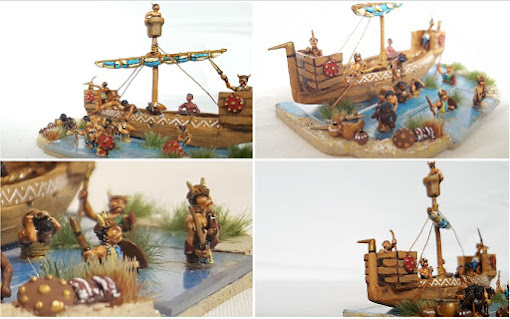 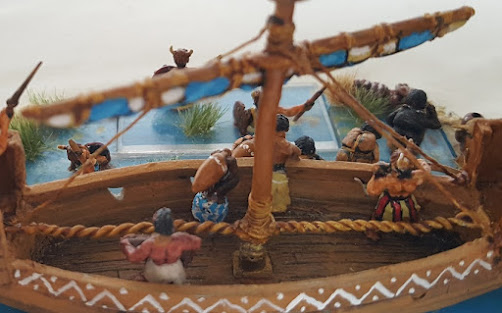 (Unloading: figures by Essex and Falcon) 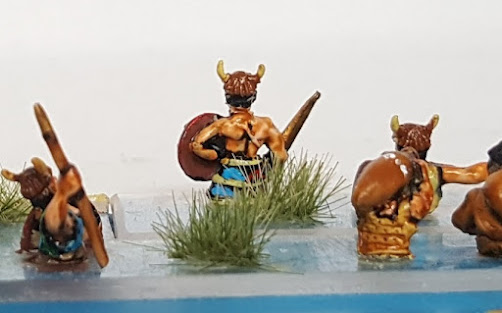 (Wading ashore)
All three camps are newly added to the Camps and Baggage page.  There are now over 30 camp vignettes featured, with some 70 photos - hopefully to both entertain and inspire.  Feedback always appreciated! 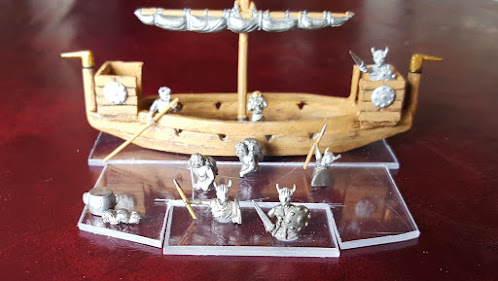 * of course, that is us being sensible: in some earlier periods or sphere's, evidence in this sort of detail would seem quite compelling (and things have ended up on army lists with much less to support them!)
Posted by SoA Shows North at 12:32 PM 1 comment: