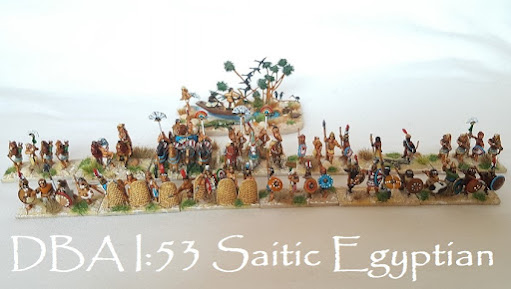 Another army from the rich Nile region, this time Egyptians from the Assyrian and Persian periods.

A splendid little army, built around spearmen rather than the chariotry that so characterises the New Kingdom.  The army is a mix of Chariot (Magister Militum) and Essex miniatures, with the odd Falcon and Peter Pig figure for good measure. 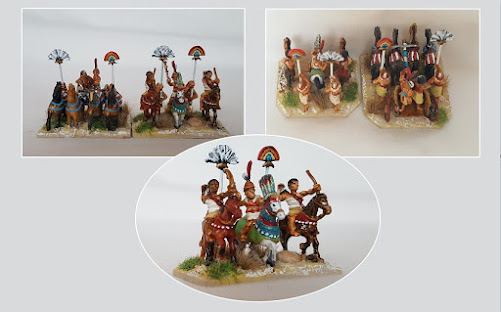 (Saitic Egyptian General ... either HCh or Cav)
For this army, I am providing both options.  Cav is much more the sensible option but I will probably mainly use the chariot for its destructive power (which, unfortunately can be a two-way thing!) ... 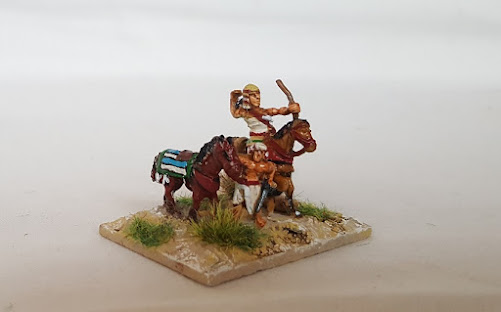 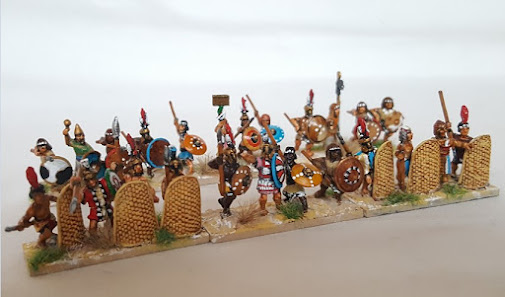 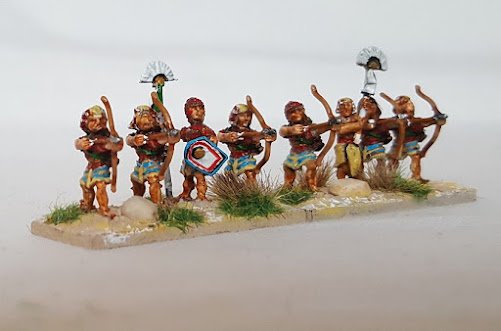 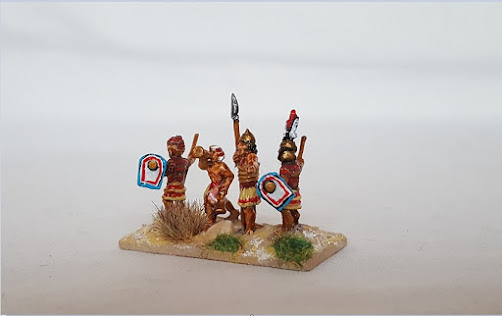 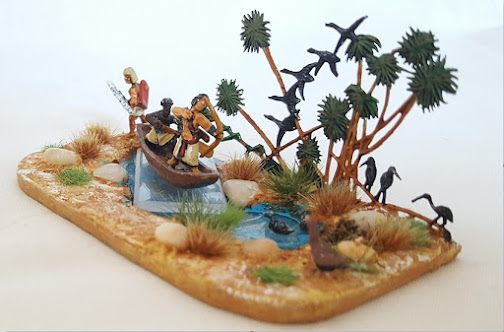 (Egyptian littoral camp)
Hunting water fowl in the delta .. or 'foraging for food' ... the birds departing from papyrus plants are traditional German flats - I think they do a good job of enabling me to make a (relatively) convincing scene within the shallow space of a DBA camp base. 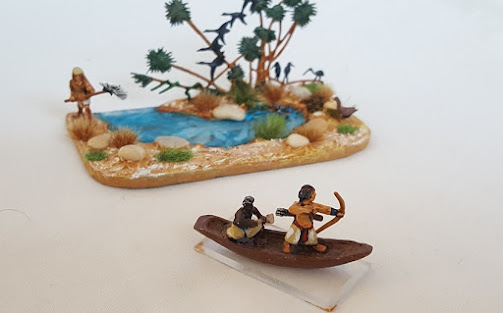 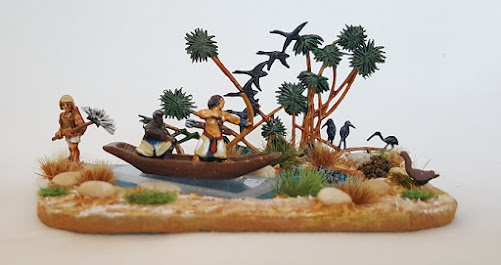