Welcome to another 'end of term report' and Happy New Year to all my fellow enthusiasts and visitors. 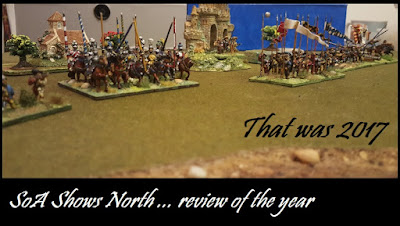 (for a header I have chosen a DBA army ... in this case some late medieval Germans)

2017 started what seems a long time ago and although I know I have slimmed my commitments down significantly, still seems remarkably full of activity.  Late in the year I suffered a close family bereavement which swung my attention away from wargaming ... and equally I guess I am more active as a military historian who wargames than as a wargamer that does some history.

Things change.  We used to do around 2 events per month as Shows North, as a team of, say four ... these days it's maybe half that - and seldom are there more than a couple of us.   Diversification has undoubtedly benefited historical wargaming (but does mean people are always doing different things in different places.)

That said, the continued success of DBA v3 and the popularity of the UK League I brokered with the Society of Ancients means I still get to play quite a lot.

Ancient and Medieval, we did 9 tournaments or events (1 ADLG, 8 DBA) ... 7 shows in addition to 2 that I attended principally to play in a tournament (so 9 shows really) ... and 8 other events (conferences, battlefield anniversay events etc.)*

Tournaments (click on the pictures to go to the report) 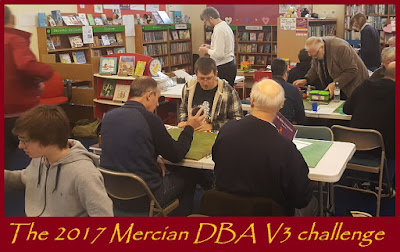 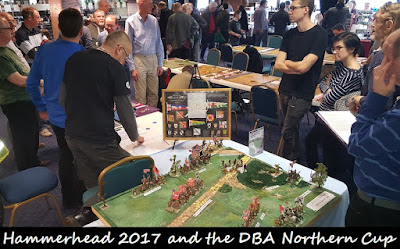 Hammerhead and the Northern Cup 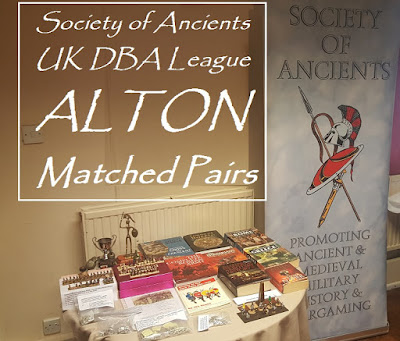 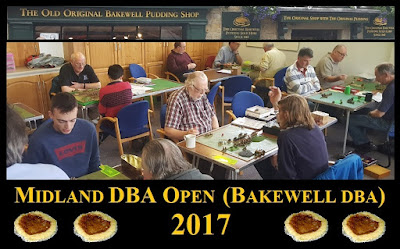 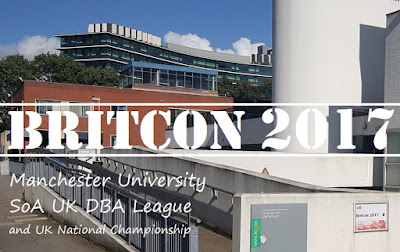 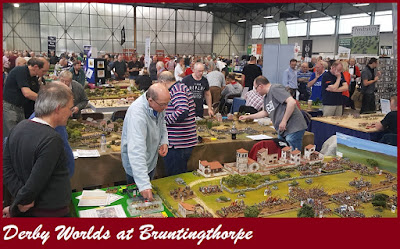 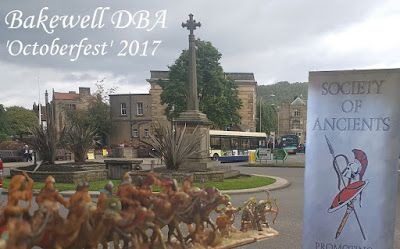 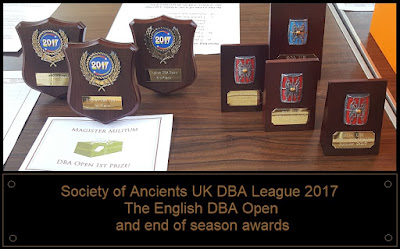 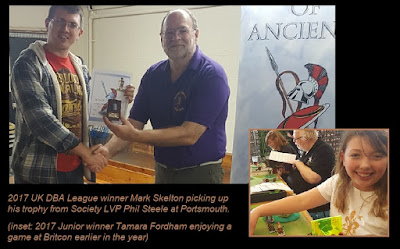 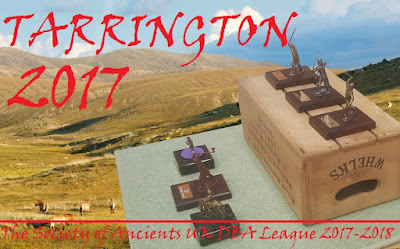 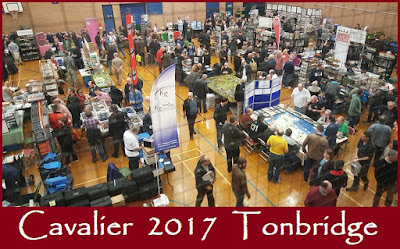 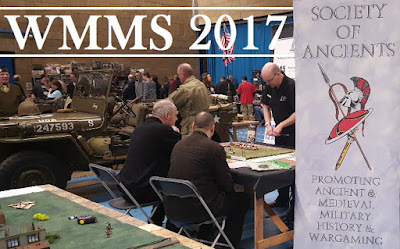 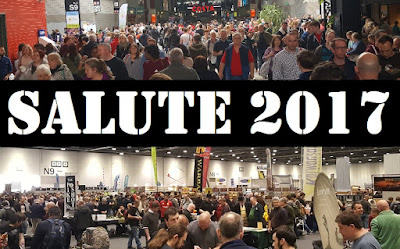 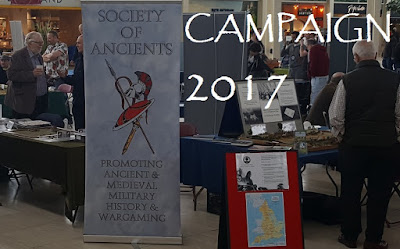 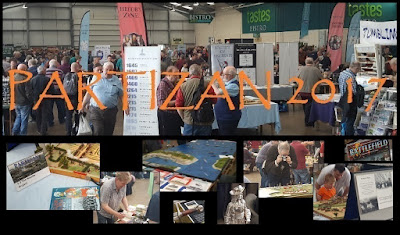 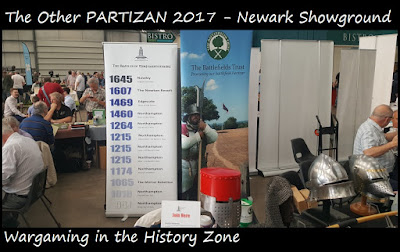 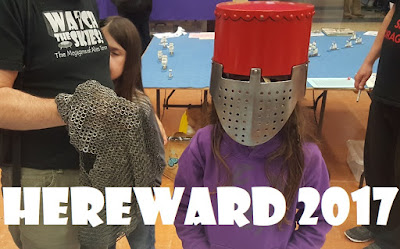 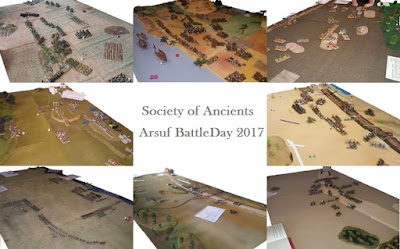 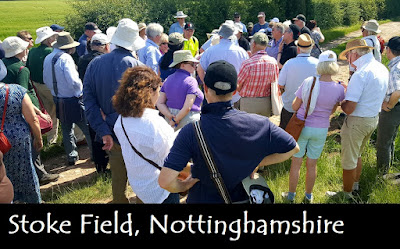 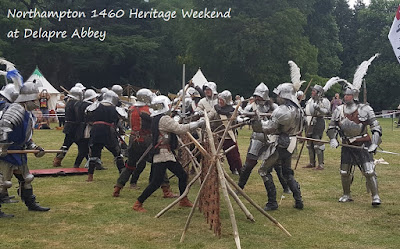 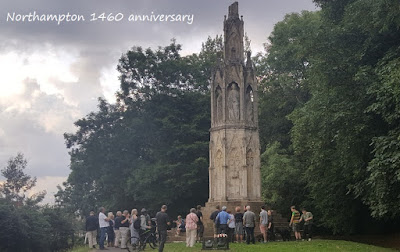 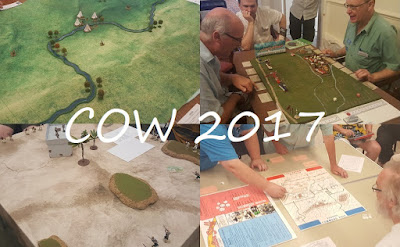 The Conference of Wargamers at Knuston Hall 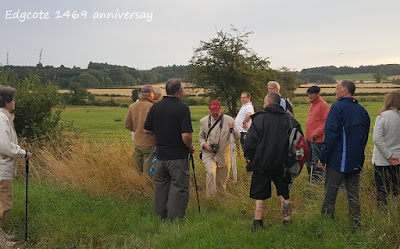 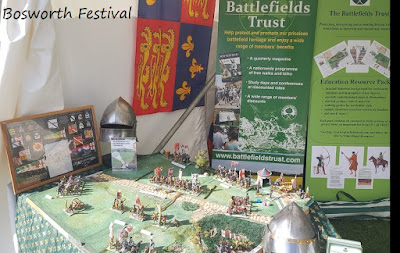 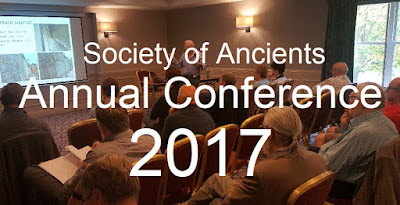 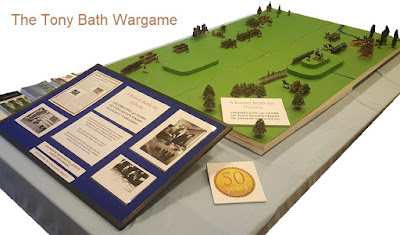 The vast majority of those 76 games were ancient or medieval and quite a few were DBA.   We also played some AMW, some ADLG and some home grown ... plus the odd game of Saga, Lion Rampant and Dux Bellorum.  At SOAC I ran the 1960s Tont Bath wargame.

*I'm excluding events that are exclusively later history - so ecw etc. - which do fill in some of the rest of my calendar ...
**compared with 22 last year
Posted by SoA Shows North at 6:11 PM No comments: