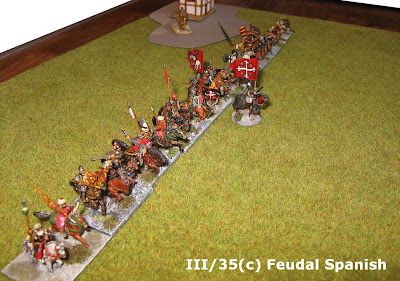 Following up on a couple of requests, here are some more pictures of my 15mm Feudal Spanish DBA Aragonese army. The figures are mostly conversions originally done 20 years ago and recently refurbished. There are Essex and Black Hat (Gladiator) figures, mixed and matched with TableTop, Museum, Peter Pig and Outpost. The characteristic Spanish shields are actually Chariot (NKE) Egyptian ones upside down. Flags and banners are hand made ... all the artwork is hand done, mostly inspired by the illustrations in Ian Heath's 'Armies of Feudal Europe', and the famous Cantigas de Santa Maria of the mid 13th Century. Nimble but packing a punch, the army wins more games than it loses. The year is notionally 1212. 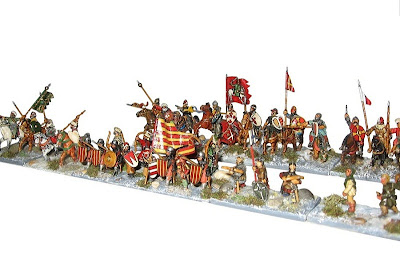 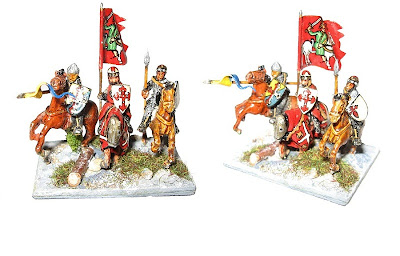 GENERAL (3Kn)
(carrying my interpretation of the banner of St. James, two views) 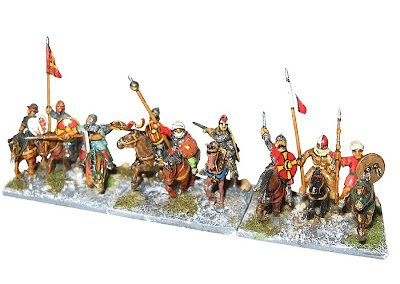 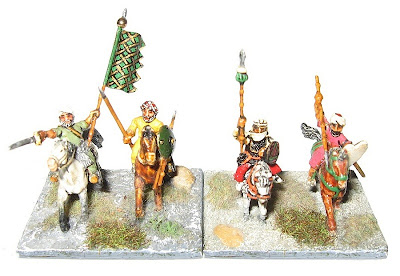 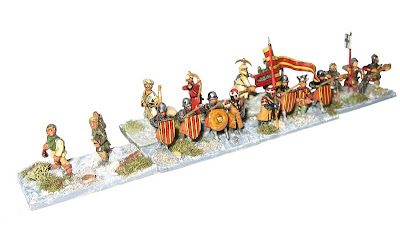 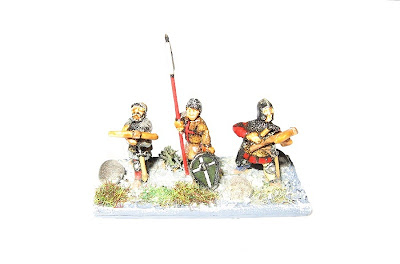 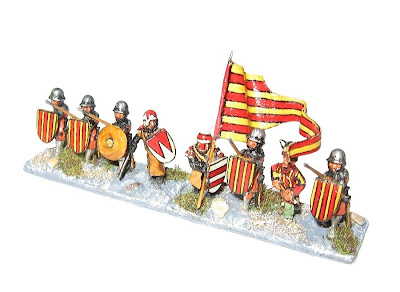 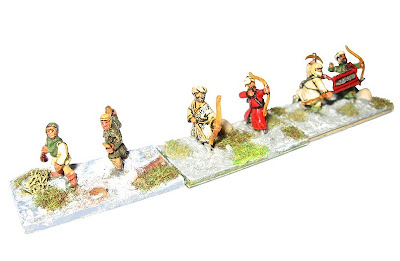 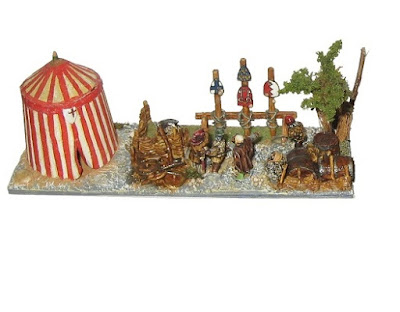 In this scene from an Albigensian rebel encampment, they have impaled the arms of St Denis, the Pope and De Montfort and are using them as a target for rotting fruit. 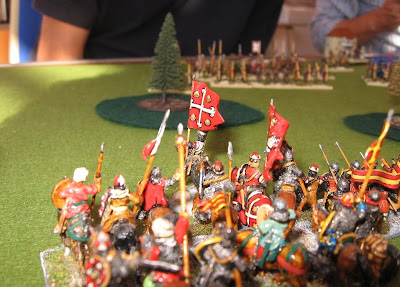 WHAT THE ARMY DOES BEST .... ADVANCE!

Phil - v nice job but I still contend they're too small :-)
Mark

Hi Phil,
Do you recall who does the figure of the standard bearer you have with your ginetes? He's splendid.
Cheers
P.

All Essex parts, he is a 'cut at the waist' conversion from a foot figure ... I guess from one of the older basic Arab packs (because this army is from a while back) and probably is just a swordsman ...

He certainly looks the part.
I wish more companies did standard bearers with the standard in the left and a sword in the right.