Some new additions to the camps and baggage page 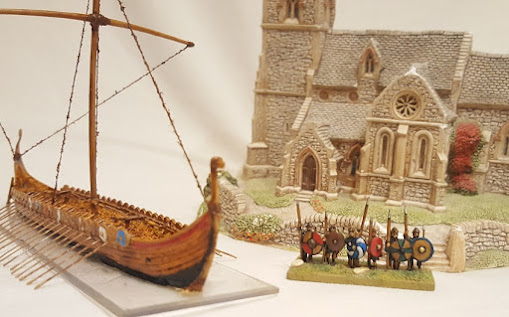 Apologies to anyone who got just the picture sent in a 'post' email: I inadvertently published after just uploading the first picture.  OK, I can edit and update the post (as I have done) but as far as I can see, I can't 'take back' that initial email circulation if I've published in error.  Hopefully, people will click to visit the blog anyway (and will see this explanation and see the full blog entry).

As 'ancients' continues to be 'stuck at home', I have made some new additions to the Camps and Baggage page.

The Viking longship is a notionally 10mm piece by my friend Stephen at The Baggagetrain.  It is bigger than the ones I have generally used with my 15mm figures (the base of figures in the picture is a 40mm frontage with 10mm figures on it). 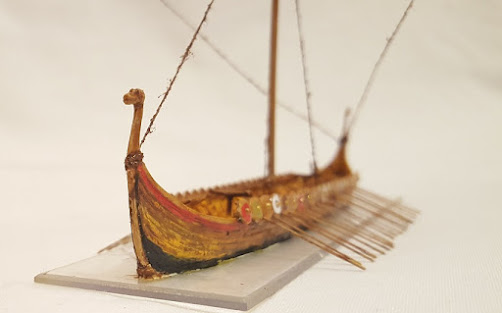 (Viking longship from The Baggagetrain)
The clear plastic base is 160mm in length (so might suit smaller figures on the 60mm frontage - which is, indeed, what I am using for some new 10mm medieval armies) ...
The model is cast in resin and is very finely detailed.  I found fitting the oars quite a challenge, and haven't decided how best to do the sail.
Next, optimised for DBA but not at all a scale model, I have completed a littoral camp model for the Sea Peoples, using the Essex 'Biblical' boat. 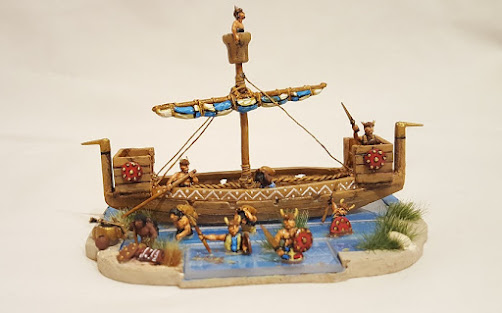 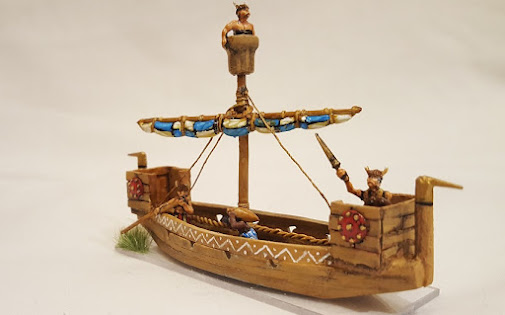 (The ship is a modified Essex model)
The crew and figures are a mix of Essex, Chariot and Falcon.
The CF shows a landing party just about to emerge up the beach (again a mix of Chariot and Essex, with Sherden heads from the Chariot Shardana figure). 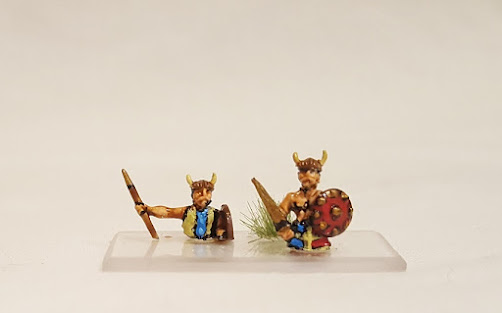 Other than these soldiers, the other figures are unloading supplies. 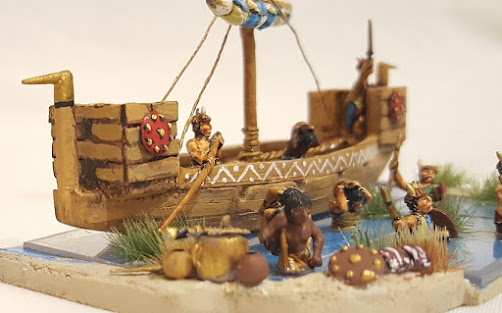 And then there's a slightly smaller Egyptian piece based on hunting scenes.  It will eventually sit behind the Saite period army I am completing next.   Another littoral army. 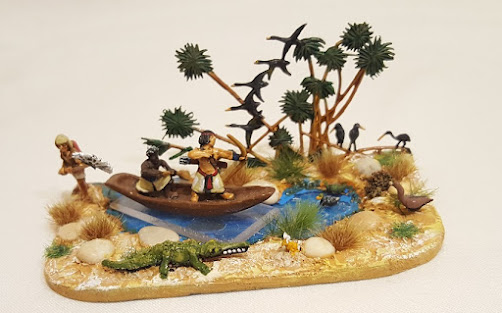 ('Hunting in the Delta': Egyptian 'littoral' camp for DBA)
Just for amusement, I have added a crocodile stalking a rabbit in the foreground.  The rabbit is by Pendraken and is quite the smallest 15mm figure in my collection. 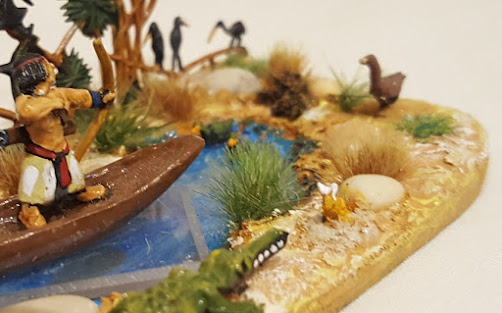 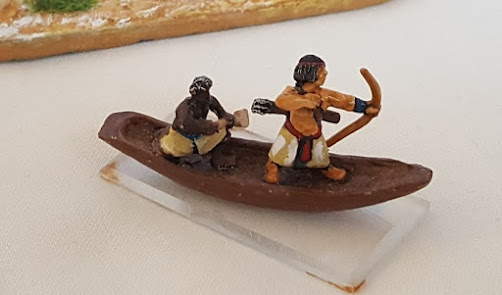 (Hunting in the Delta)
Once this is all updated, I will add these items to the Camps and Baggage page. 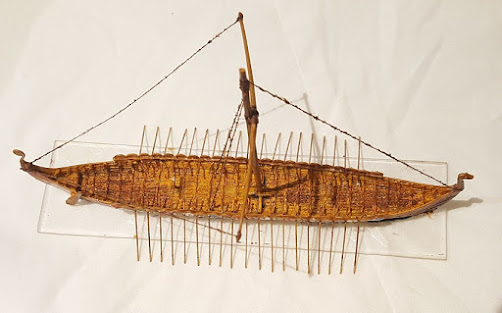 (a look at the interior of that highly detailed longship by The Baggagetrain)
Posted by SoA Shows North at 11:59 PM

Your camps always set the standard. Hope to see them in Bakewell this year!

Thanks, Simon ... (hope you saw the full version of the post, rather than the false-start/single picture!) ...

Yes to Bakewell. I can't wait to get back on the road. By the beginning of next month it will be a year without any shows or wargame event (other than on line).

OK, it's a big up from me to the people who have moved remote wargaming and events on, and where would we be without Zoom? But it still doesn't beat the real thing. Face to face wargaming and moving the figures in a real 3D space.