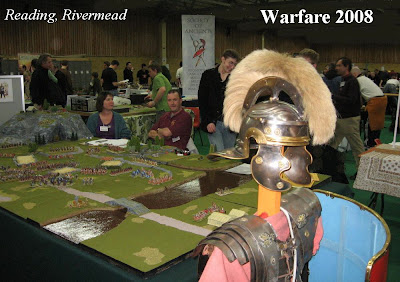 The Society of Ancients pitch at Warfare followed a pattern now familiar for shows in the south of England - A Sabin/Cruttenden 28mm historical battle fought as a participation game on the Saturday, changing over to a different game offered on the Sunday. This year was exceptional in that both games were published 'alternative' games, both being run for the Society by their authors (SoA members, of course, as you'd expect ... but seldom are we fortunate enough to get both helping the show team over the course of the same weekend).

On Saturday, Philip Sabin ran a Lost Battles Issus game. This looked superb and attracted many a compliment. It is also an excellent battle to put on using Lost Battles - huge, and difficult to balance using 'old fashioned' table top systems, it can easily be fought to a conclusion with beginners at the helm, twice in a normal show day. 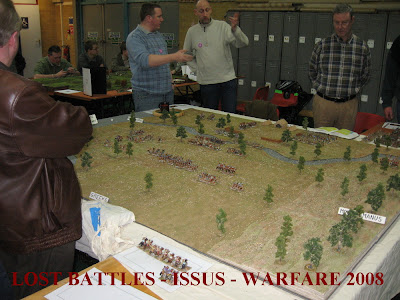 The handicap scoring system enables a fair game to follow the historical script but with plenty of chances to win and change history on both sides. Lost Battles has an interesting way of factoring in the effects of linear features which seems uniquely effective at capturing the essence of these typically Persian battles across the banks of a river. Whilst making the defensive position work challenges the Persian player, Alexander has an absolutely crucial role to play in making the Macedonian army tick ... 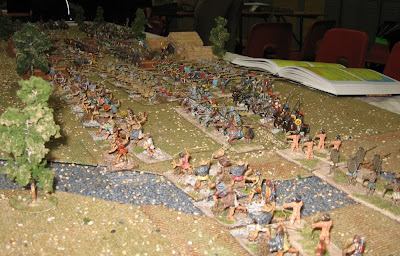 As well as chatting to a good number of interested spectators and visitors, I was fortunate enough to take a limited part in the second of the day's encounters, and the battle rattled through with its usual smoothness. I really do recommend this system for refighting historical battles of the Classical and Hellenistic period. I believe the paperback is now available. 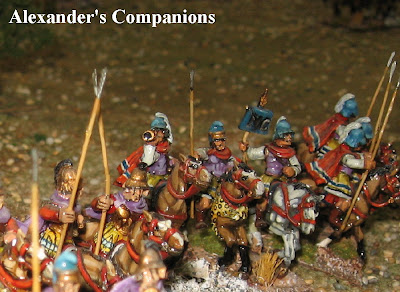 (Alexander has an absolutely crucial role to play in making the Macedonian army tick ...)

On the Sunday, Neil Thomas helped us run a participation game of his Ancient and Medieval Warfare 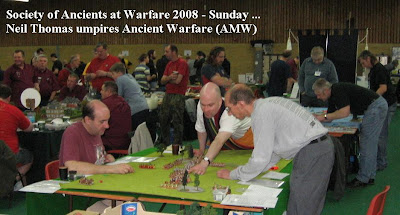 Neil's 8 unit battle system and elegant combat mechanism is an increasingly popular option for fast playing and relatively simple ancient battles. These rules have been quite well covered in Slingshot, and have been the basis for the beautifully presented participation games recently from the Graham D Evans stable (Derby, Milton Keynes etc.) ... 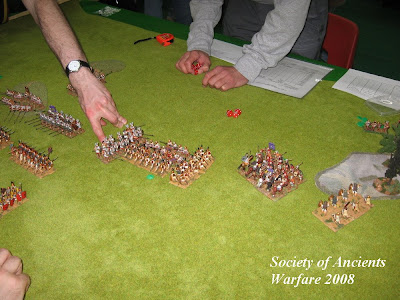 However, this year's Warfare was the first time I have been able to watch the system played through by the author, rather than as interpreted and put on by my local Northamptonshire club mates. There is quite a fascinating difference (particularly issues such as wheeling, lining up, flank attacks and such like) ... The good news is that both versions of the game work because both are attempting to get to the same overall effect (and this certainly demonstrates the strength of the underlying mechanisms ...). 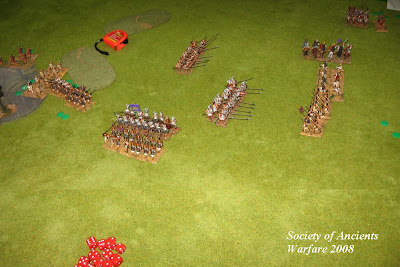 Looking around the show, as well as the massed of tournament categories, there was an above average selection of display and participation games. The Lance and Longbow Society were offering a Wars of the Roses game based upon RFCM's Bloody Barons from Peter Pig ... 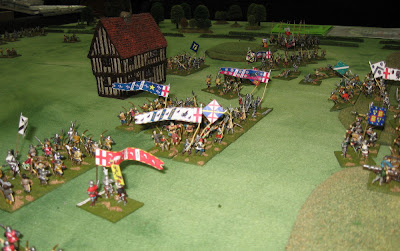 Meanwhile, just along from from the Society's pitch, a Roman invasion scenario was nicely depicted with 28mm figures (and prominently dressed with the reconstructed Legionary gear) ... 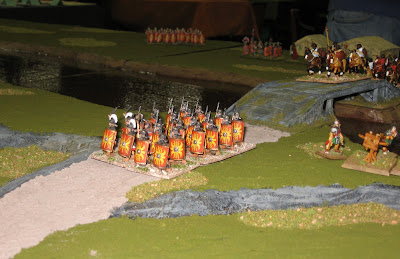 The 'hugely impressive terrain' prize must have gone to the vast 28mm Soviets in Mongolia game (1938, I guess) featuring that currently popular fluffy way of doing long grass - 'fake fur' I think it is made from - which done as well as this, does indeed look very good (and quite Mongolian, I think - I recall there wasn't much to hide behind except dried up river banks and tall grass!) ... Good figures and vehicles too (and - authentically - bi-plane fighters with rocket armament ...)... 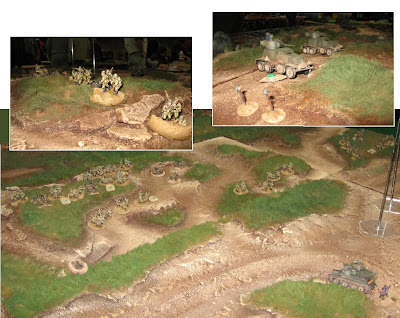 And another worthy mention goes to the (sadly static) 54mm plastics display .. very inspiring and good to see so many big but inexpensive figures in a simple but effective presentation. 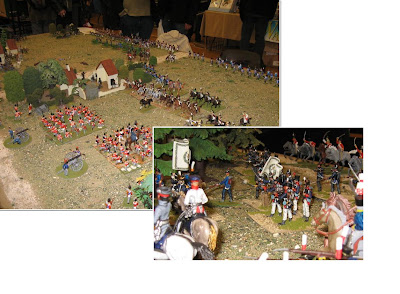 (54mm plastic Napoleonics - click on the picture for a larger version)

I was able to do some good shopping at this show, too.

See you next year? Thanks to everyone for giving us so much to do.
Posted by SoA Shows North at 2:17 AM