This is the Arab army that was part of the pair I took to Alton under the title of The Axumite Invasion of Arabia.  Encouraged by the Byzantines, the Axumites waged a long series of campaigns in Yemen and the Hejaz culminating in a storming of Mecca ... so any of the Arab options might oppose them (DBA suggests a or c - Nomad or Yemeni) ...

I chose Nomad as, with all those camels, it just looks typically Arab ... 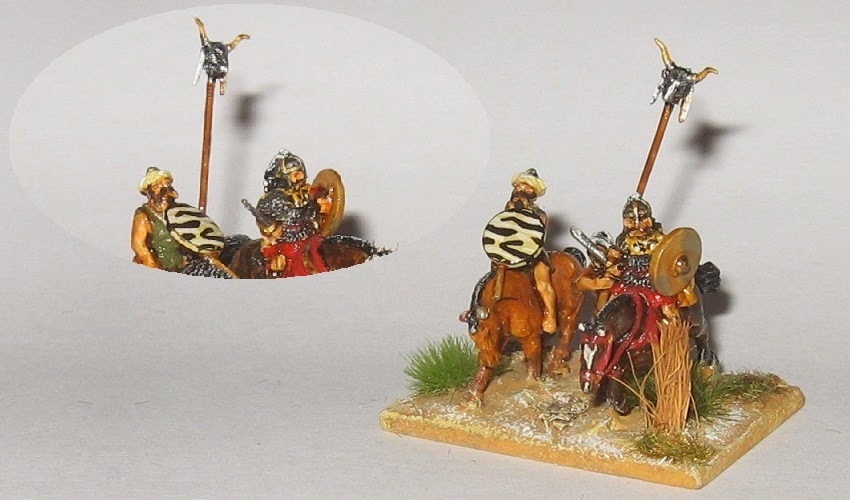 The bull (from some plastic Germans) reminds me of the biblical golden calf ... I have allowed the General some fancy armour (he is a Gladiator Goth .. the rest is Essex ..) ..

The camel riders ... for Alton I substituted a Blade for one of these to help balance the armies.
These are mostly Museum Miniatures with some Essex, Tabletop and a Minifigs camel ... (plus an assortment of head and body swaps)

Here with a fourth element (from the camel riders allocation) ... again a mix of figures including some Venexia figures and some Xyston shields (many of the heads are Peter Pig separates) 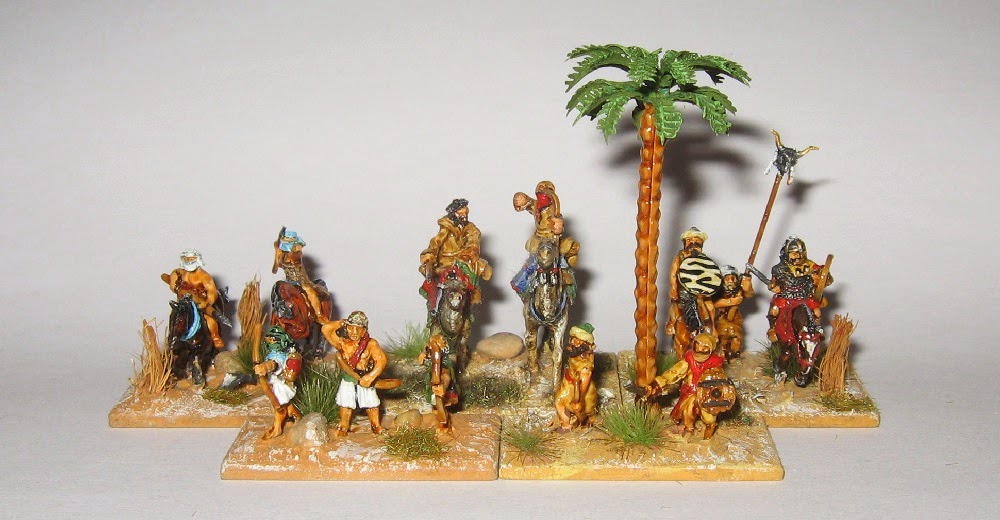 A cluster of light troops complete the force.  The skirmishers seem to have brought there own palm tree along, just in case ...

The Camp vignette features a scratch built tent and some palm trees, plus a detachable Camp Follower element who has been around a bit (I'm sure he was once caught trying to sell that carpet at the siege of Jerusalem!) 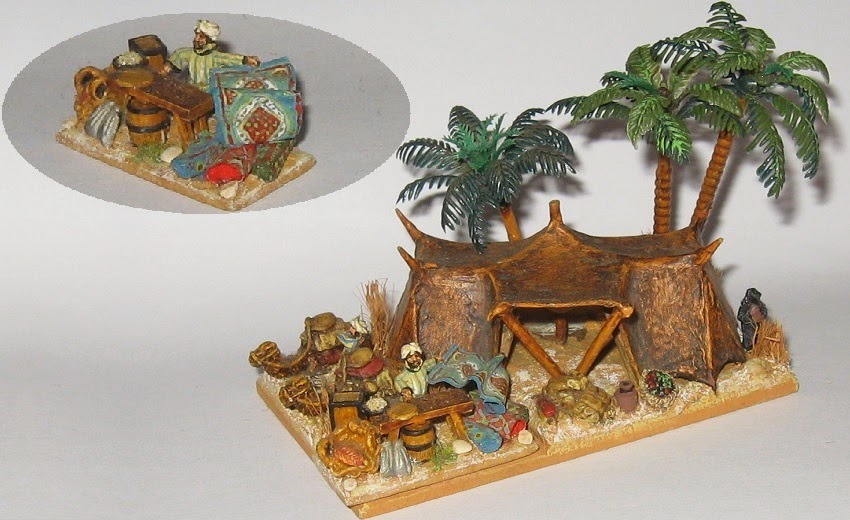 Truth said, this is not a powerful army (except, perhaps, against some mounted types) but seems well matched against the equally unfancied Abyssinians.  It quite likes Sand Dunes but they do slow the game, and on Aggression 3 you won't always get them.

All that said, I think it looks right, and it is in my good books ...

This is a great looking army, and the camp is awesome, love it!!

They look great- I really love the carpet!

Many people have enjoyed the carpet seller (whom I originally made many years ago) - indeed, you'd have thought he'd have sold the bloomin' thing by now :)

When I was a youngster visiting the Middle East, just about everywhere I went there was someone trying to sell me a carpet ;)