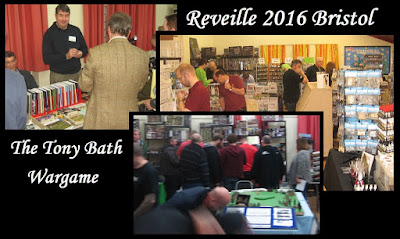 I hadn't been to the Reveille show in Bristol for something like 20 years ... Long before they moved to the current venue (I took over the Shows North patch when I moved to the East Midlands so the focus had to shift) ...

But John Curry (History of Wargaming) asked me to take the Tony Bath game to what is his home club's show. 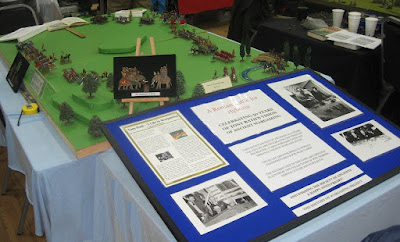 The set up was pretty much as in previous outings although we changed the deployments somewhat.   And we played to the version included in Featherstone's War Games. 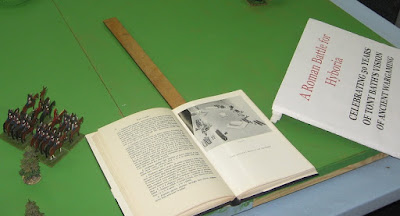 The two opposing armies drawn up for battle: 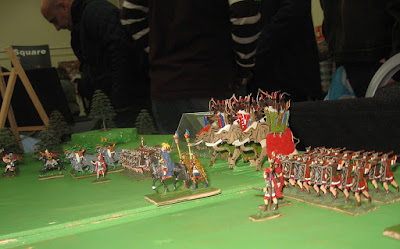 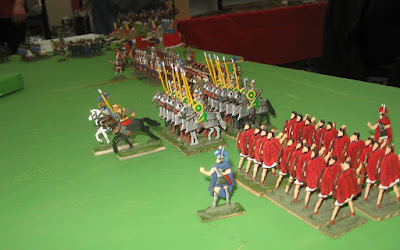 Plenty of elephants ...  actually I took some more along as examples of collector standard (ex Guyler) rather than the wargame standard Phil and Tony used ... 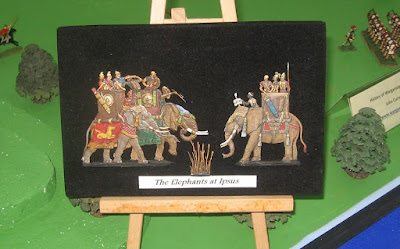 (you can click on the pictures for larger versions) 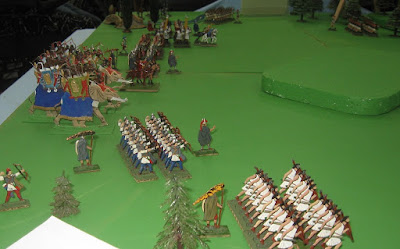 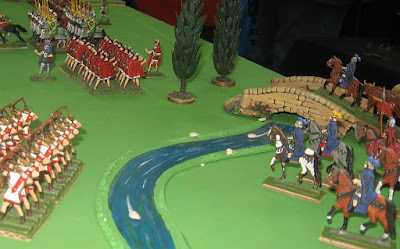 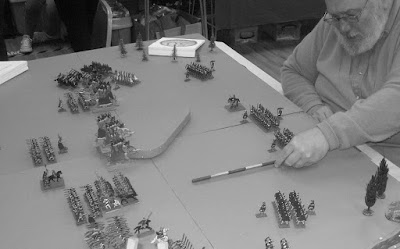 The cataphracts double moved and charged into an unequal melee which seesawed as both sides lost men ... 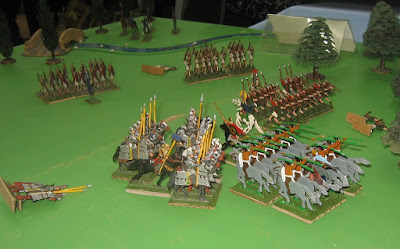 My elephants took multiple hits from massed archery as they tried to dominate the centre of the table ... They survived but were unable to move ... then one of them went berserk - right at my lone stone-throwers. 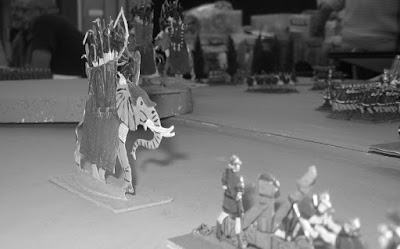 Wayne's, however, ploughed through several as I did hits but they didn't fail to save.  One of my units, indeed, failed to stand (and got trampled). 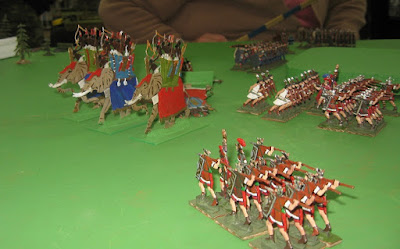 Although we had some flights and breakthroughs on both sides, the elephants decided the day however (well, that Wayne did well with his saves and I didn't meant I could not stop the rampaging beasts) ... Very much the flavour of the Bath ancients game. 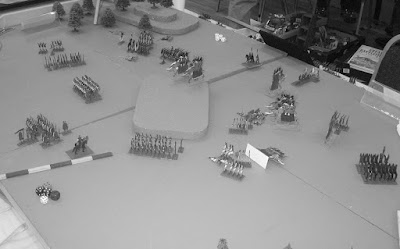 Well I confess I am a bit rusty so the game needed a lot of looking up (and there were some bits we didn't do quite right) - but it was quite a good run through and fascinating to see the progenitor of so many ancients sets.

The rules are a bit clunky by today's standards but you can see the start of so many of the debates around how the battle game plays (all new problems back then) ... 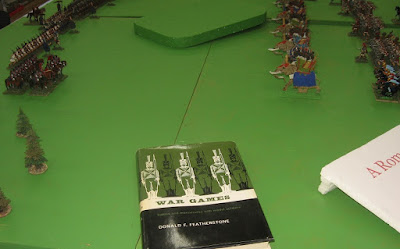 Many thanks to the Lincombe Barn club ... to JC for setting it up ... Wayne for volunteering to help me play the game ... and all those fellow enthusiasts who share my nostalgia for this traditional soldier and for Tony's original ancients game.
Posted by SoA Shows North at 9:35 PM