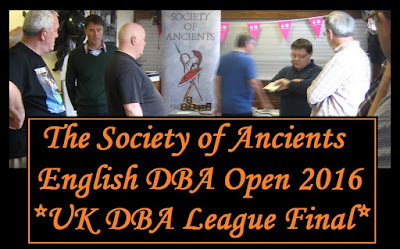 The final round of this year's DBA tour was, once again, in sunny Portsmouth, and many of the contenders were present with some placings still to be decided.

I went along for the games and to help with the presentations (I was, of course, not in contention - it is a long season and I can get to very few of the rounds).

I took along the Nobades (or, at least, prototype Nobades) 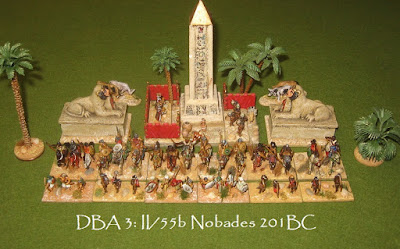 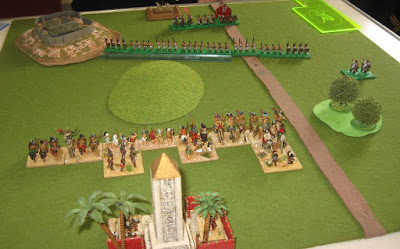 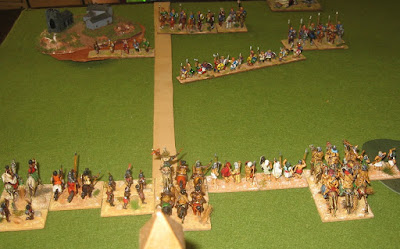 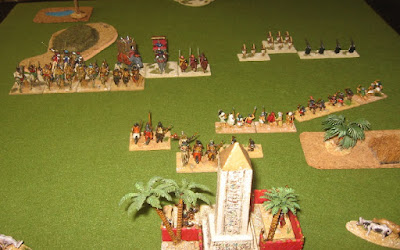 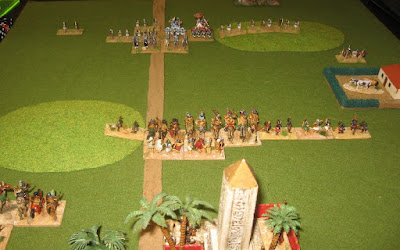 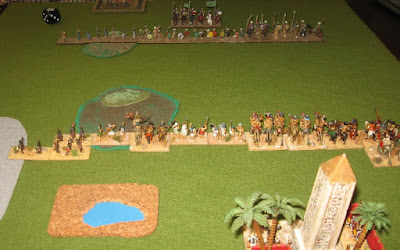 We played off in groups of 6 (playing 5 games) to generate 2 semi finals and an optional plate competition (for which, one day, I will donate an actual plate as I make such regular appearances) ...

The semis and finals were played with themed armies which allegedly tests the players better (though I am not so sure about that) - here's the list: 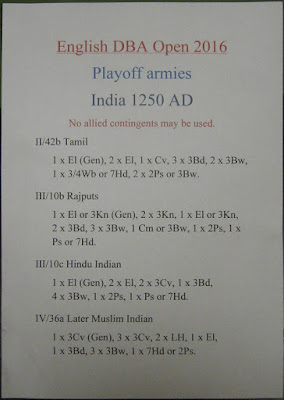 Players get to pick in order of qualifying, and select their option for the 2 remaining games. 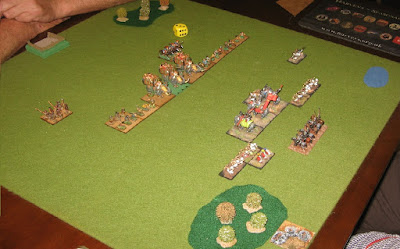 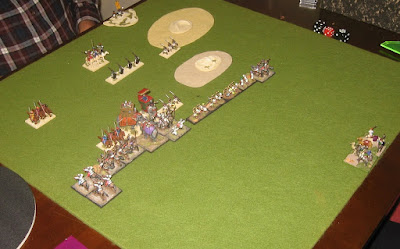 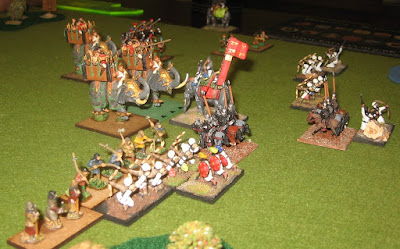 There were 14 tournaments altogether ... Premier events, The Welsh Open, English Open and Northern Cup plus qualifying events at Great Bowden, Tarrington (both the Scramble and the Midland Open), Coventry, Alton, Bakewell, Manchester (Britcon) and the 4 seasonal events at Portsmouth,

And then we lined up for the photos ... 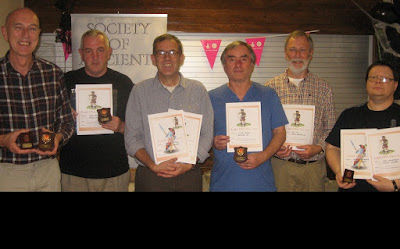