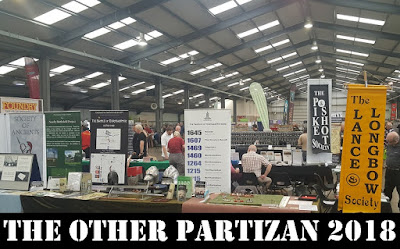 The second Partizan show of the year - which used to kick off the Autumn season - has migrated into August and is now a Summer show on a busy weekend of events.   Unfortunately that meant I could only do the morning shift.

Still, the History Zone was full of good stuff and familiar faces.   And the show was good. 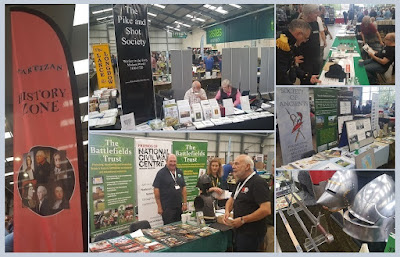 Wow!  Great to see all those key Societies taking centre stage ... they make this show a first class event.  And yes, maybe I am biased. 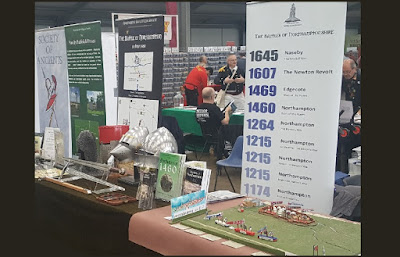 At the heart of the ancient and medieval periods, NBS were reprising the fast play Northampton 1460 historical game which was, in turn, much praised (and a number of punters picked up copies) 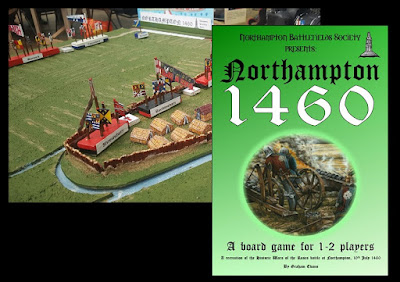 (Get your copy from Northampton Battlefields Society)

Ancient?  There was also a splendid 15mm (and other) scale presentation of Magnesia, refought by Simon Miller and friends using To The Strongest.

... and a Participation/promo game of Gangs of Rome ... 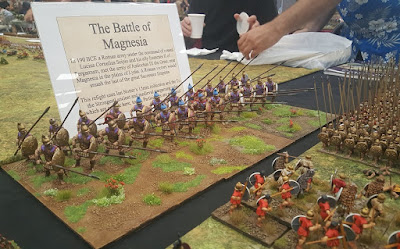 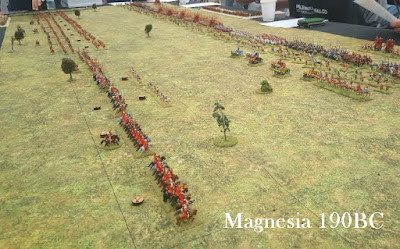 (the splendidly panoramic 15mm scale - good to see at Partizan) 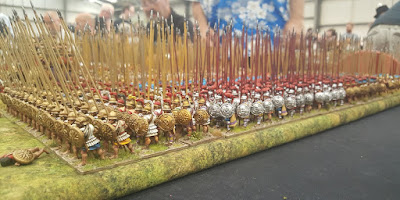 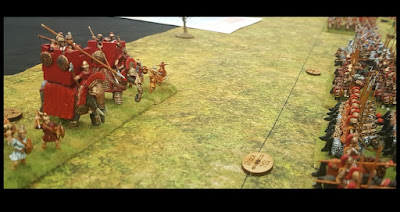 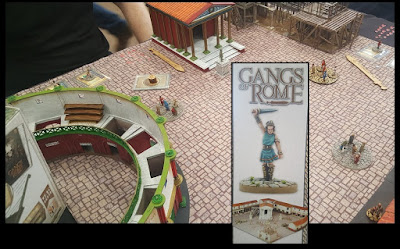 Medieval?  In addition to Northampton, you could play Hedgeley Moor ... 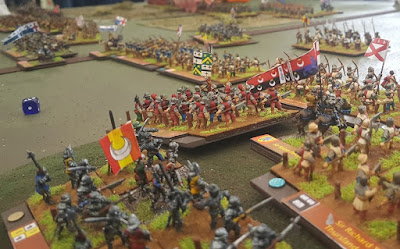 Otherwise here were some nice offerings amongst the predominantly 28mm demo tables .. 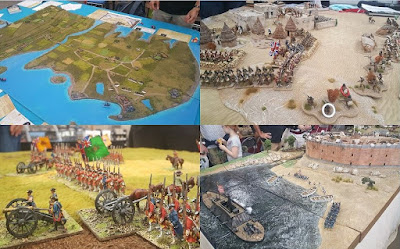 People seemed to be enjoying themselves and I did like that big ACW naval/riverine one. 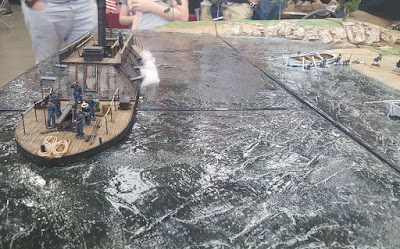 ... and we're kind of doing a 'lace wars' thing at the moment so this year's trends (well 'pre-modern' anyway) are quite attractive ... 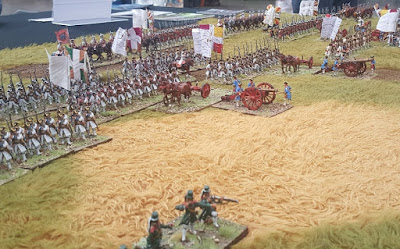 Stand out amongst the Participation Games, of course, would be WD's Cliches of the Great Patriotic War and (naturally) anything using Playmobil ... 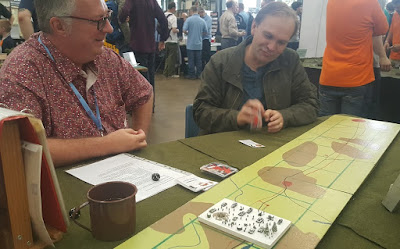 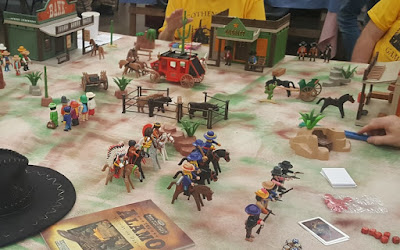 Apologies for such a rushed synopsis ... there was much more than this.

This rather nice waterfall caught my eye, though ... I have long wanted to do some 'Last of the Mohicans' style terrain for Quebec/Montmorency - and this is the sort of thing (will just have to be bigger though ... ) .. 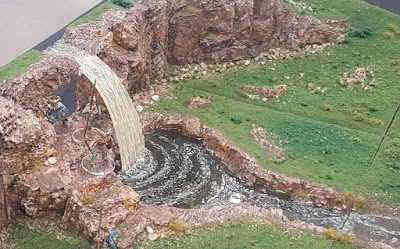 But I am straying off topic.

By the time you read this, we will have done the Hereward show and I will be behind again.

Next up I will look at some of the heritage events - especially the battle of Bosworth where the battlefield is now threatened by development.  Keep reading and think about signing the petition.  Every supporter counts.