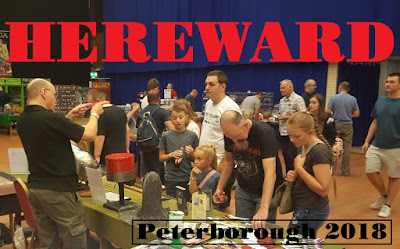 We really enjoyed this show last year and were pleased to be invited again.   The Peterborough Club have contributed a number of innovative participation games over the years and have a nice little regional show on their hands.

They had a no-show on the day, plus, for my preferences, a 10 or 15mm figure trader would be a bonus ... then again, the guy selling brushes was an unexpected addition and I filled a number of upcoming requirements at his stand.

We were there as the Society of Ancients and Northampton Battlefields Society and we took along the participation version of the Northampton 1460 game. 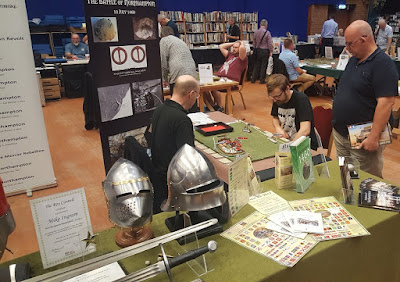 We spend a good part of the day meeting wargamers and family visitors, explaining medieval battle, weapons and equipment, and encouraging (the youngsters, at least) to try the weapons for size .. 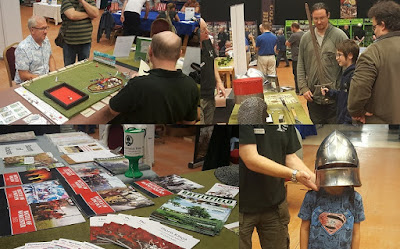 It is all part of our project to raise the profile of ancient and medieval warfare and awareness our local battlefields.  People are always very interested and supportive.  Like the problems at Bosworth, however, they are not always aware of the issues.  The news agenda is not controlled by historians and heritage activists (or by ordinary people at all) - so people only tend to be most aware of what the media chooses to put before them.  This is often very partisan and not at all reflective of people's real interests and concerns. 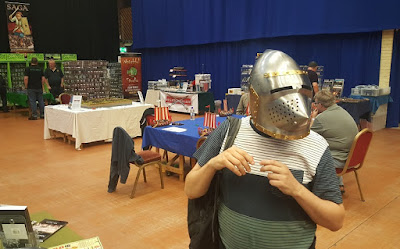 In addition to 1460, there were a good number of other ancient and medieval games, mostly participation. 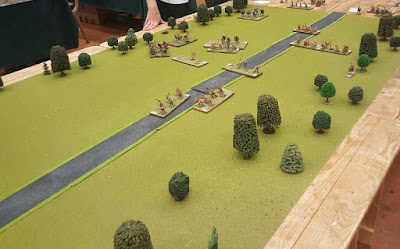 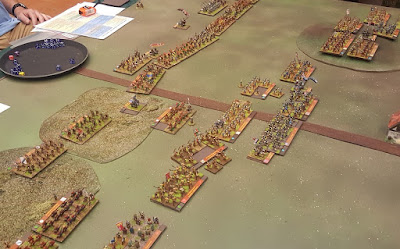 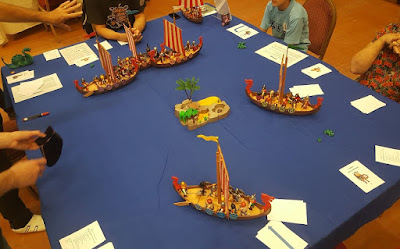 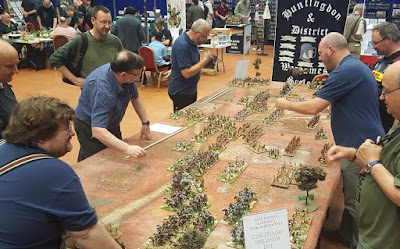 This was a 54mm Big Battle DBA Punic Wars battle which I think went to Salute a few years back ...  anyway, it was good to see it again and kept a lot of players engaged during the afternoon.  Good also to see a DBA participation game at a show. 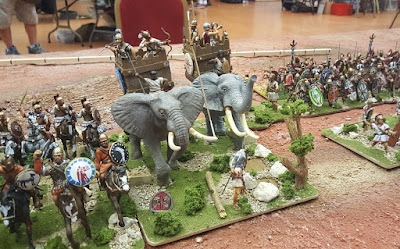 (eye-level with the 1:32 plastic warriors ... Punic Wars DBA at Hereward)

... so a big thumbs up to the Huntingdon Club for this one.

In addition to the ancient and medieval games, there were one or two there things to look at, a fair few traders (including the brushes guy) ... and Harry Sidebottom was signing copies of his latest book. 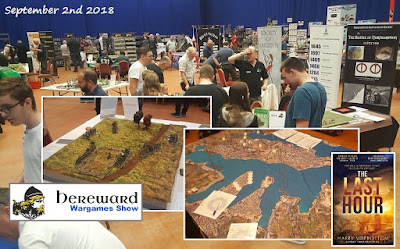 All in all a pleasant day out and just a short distance up the road for us.  Given it looks like nothing is happening at Bruntingthorpe, this is now our local show.   Please look out for it next year on the first weekend of September.

I guess it is now officially Autumn.  It used to be a season of wargame shows but with Colours shrunk and Derby gone, we'll mostly be out and about supporting the DBA League. 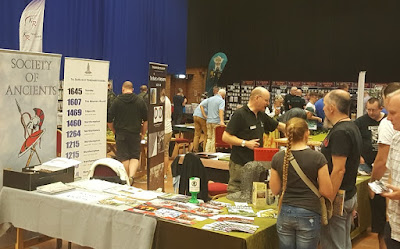