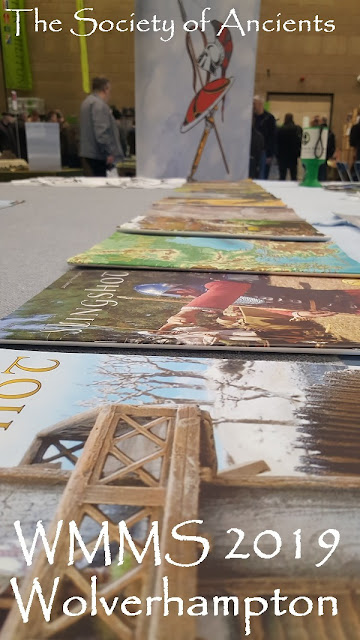 The following weekend we were off to the West Midlands for the Alumwell show ... this time as the full Society of Ancients/Northampton Battlefields Society roadshow - giving a first trial outing to the new Edgcote game. 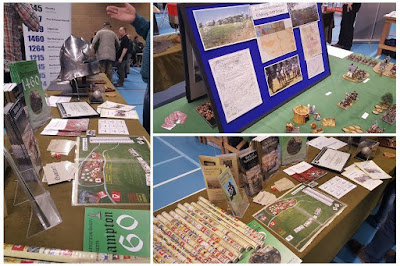 Yes, 1469 meets 2019 for 550th commemoration.  Yes, we've been working on this for a while and have still a number of aspects to complete - but we wanted to try out the basic game, and the figures have been ready to base up for a while. 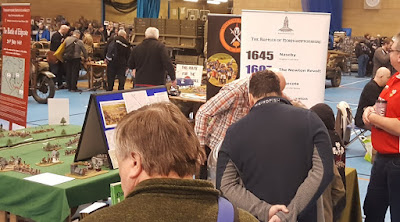 So, next we need to landscape the bases and build a shows standard battlefield.

The game is Hail Caesar and the scale, unusually for us, is 28mm.  The figures are Wargames Foundry, supplied in an exclusive arrangement with the manufacturers.  The flags are fabric ones made for us by Graham at Fluttering Flags.

Here's a taste of what is to come from this project ... 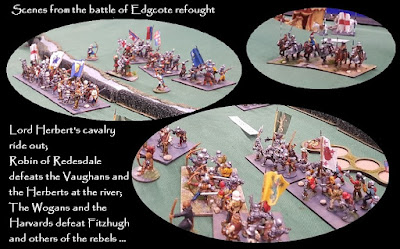 (there are a number of historical options embedded in the scenario) 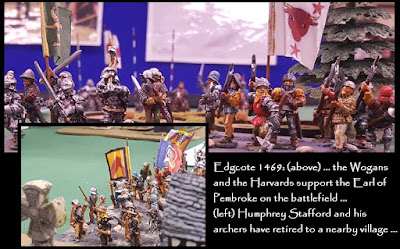 (they don't all include Humphrey Stafford, the newly created earl of Devon) 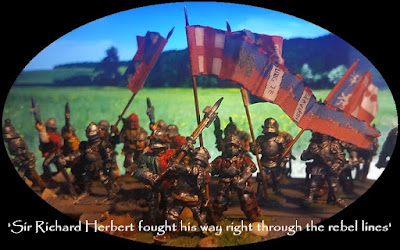 (twilight for the Herbert clan) 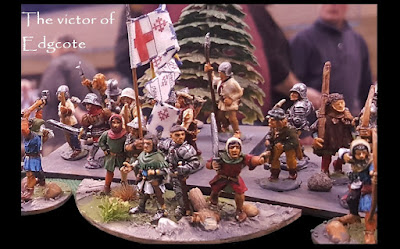 This was the beginning of Warwick's rebellion and the Yorkist civil war.  In July, some of the forces mobilised for battle met in a fair plain between three hills in South West Northamptonshire, just outside Banbury.  It was not a good day to be Welsh.

Catch up with us as we tell the story around the shows over the Summer (Campaign, Partizan, CoW and hopefully our nearest, Hereward ... plus Autumn bookings tba) ...

Additionally, tickets are still available for our Edgcote Anniversary Study Day in July.

As always at Alumwell, the other games were great and there was a good mix of things to look at. 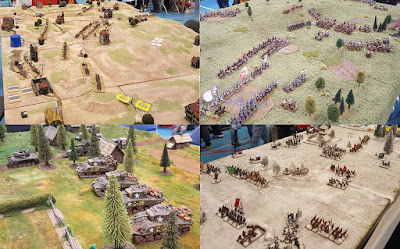 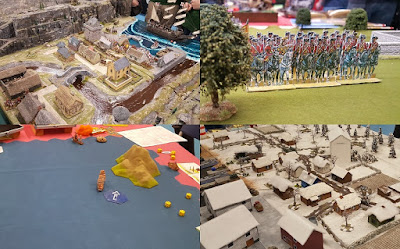 (there's paper soldiers in there and Peter Pig's Pirate game)

The Military Show side of things is represented by an extensive modelling display and competition and a wider than usual range of reenactors. 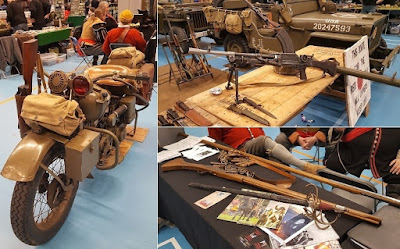 I really do like this sort of thing (though a bit more ancient and medieval stuff would be good) - I like the traditional mix of all things military (I prefer it to the endless shopping stalls type of show where everyone is selling the same stuff*) ...  That said, starting up the motorcycle inside to ride it out wasn't such a good idea and left a largely uncleared hall choking on the fumes.

Thanks to the organisers for a nice show and giving us plenty of space.  I suspect we'll be back next year with the fully developed version of the game. 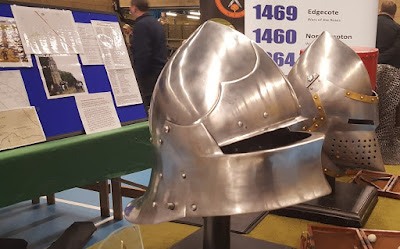 (a replica of the Coventry sallet ... very much the style that would have been popular at Edgcote)

*then again, I would say that as few of these traders seem to sell anything I want.
Posted by SoA Shows North at 3:36 AM