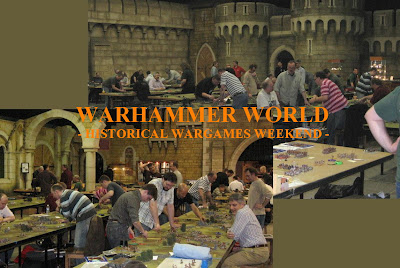 Many thanks to the Warhammer Historical team for inviting us along to the October ancients weekend. The main purpose was to call in and distribute some complimentary copies of the glossy new style Slingshot (to counter the half chance that we had somehow missed getting the message out!) - and to just get a feel for what goes on. For me, it was also the first time at Lenton since it got its medieval makeover. It can look a little unusual in pictures but I must say it does work. Many thanks to the punters. Yes, Mark has done a great job with Slingshot - thank you appreciating it and I do try to pass all the compliments on ... 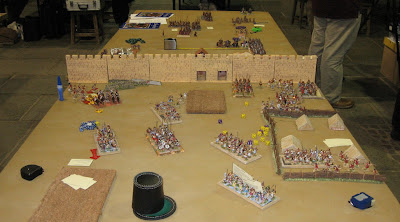 There were two main themes to the WAB 'competition' going on ... the Punic Wars and the Normans in Britain, in addition to which there was some playtesting/sampling going on of the siege game variant. I say competition, but I must say the impression I got was that the competitive element was little more than a device to get people involved in a series of related games around the theme. That said, it looked like there were plenty of prizes being given away. 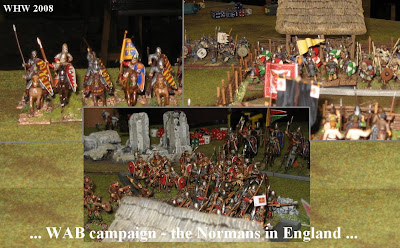 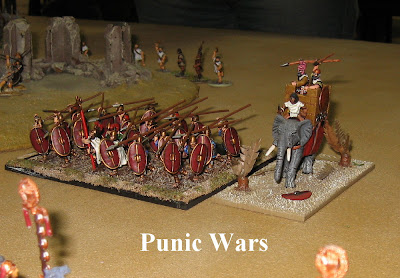 I then noticed, over in the back corner, Rick Priestley and friends engaged over another group of tables playing Warmaster Ancients and got myself coached through another few turns. The Warmaster enthusiasts have given Society of Ancients events a lot of support of late - the BattleDay, the AGM - and the game is giving an extra dynamic to these events. So, a lot going on up here, and a very warm welcome for us. Sadly, I wasn't able to take up the offer of getting more involved this year (there was the Fiasco show to go to on Sunday in Leeds ...)... but I'm quite tempted to book in for one of these events and get some playing time in! 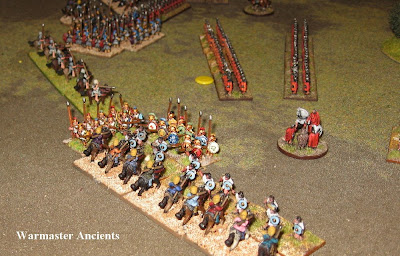