Round 4 of the NDBML (Northern Doubles League) 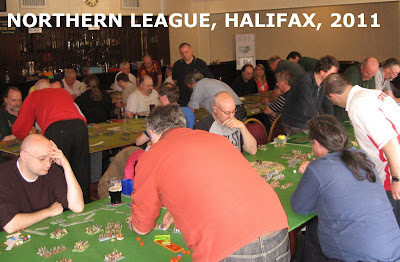 Did I finish the Stoke Challenge report on a winning note? What a good link to the Halifax round of the Northern League.


Halifax is northern cloth town of imposing stone buildings set dramatically in West Yorkshire's rugged Pennines.
Surprisingly, I had never been to Halifax before. Less surprisingly, perhaps, we saw rather more of Halifax than we had intended as we navigated our way somewhat circuitously to the venue.
We got to Halifax on schedule but were grateful to our opponents in the Field of Glory event for indulging us not getting to the Belgrave Social Club on quite the same timing :) We had entered the Feudal Spanish army which had last seen action at Burton last year (and had had to scratch after 2 wins on the Saturday due to our cars getting iced in). 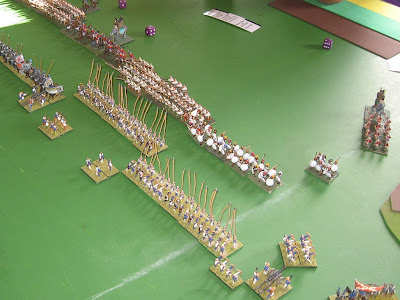 (DBMM action from the Halifax Doubles) 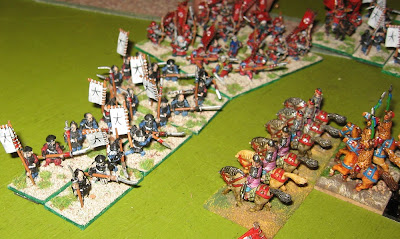 (Japanese and Chinese armies clash in the FoG event)
Fortunately, our closely fought and engaging game turned decisive within the allotted time frame, so nothing was lost by a late start. Our opponents had one of those mornings, so we ended up with a very big score. 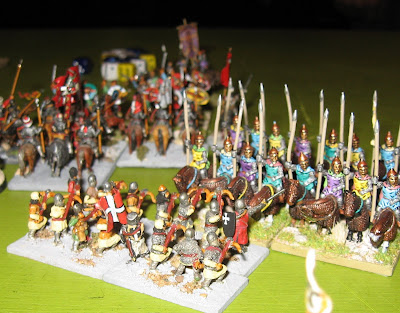 (Aragonese crossbowmen tough it out against disrupted cataphract cavalry)
In the afternoon, our superior armoured knights came up against Central Asian average Lancer Cavalry. Just about their ideal opponents. I had a sense that we ought to be able to win the game, but again, some bad dice runs meant we did so by a big margin.

The implications hadn't occurred to me until our opponents graciously offered a handshake with the comment 'and you take our camp, which wins you the game and probably first place'. Hmmm ...

They were right, and although there is a handicapping system which might have boosted some of the other contenders, our 48 points out of 50 proved unassailable. 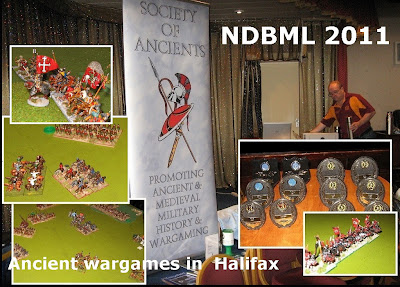 Back-to-back wins - with a good army - always ought to be within our reach, but, frankly, die rolls were what determined they should be such big wins.
As I said at the time, it just goes to prove that old saying about a monkey randomly being able to type the complete works of Shakespeare given an infinite amount of time.
It also just goes to show what a great series the Northern Doubles is.
Thanks, Colin and Geoff ...
And what a nice town Halifax is. If you are not convinced, I might add that beer was £1.65 a pint. Yes - you may like to read that again. It goes some way to explain why local wargamers moan about the price of a coffee at the Royal Armouries! 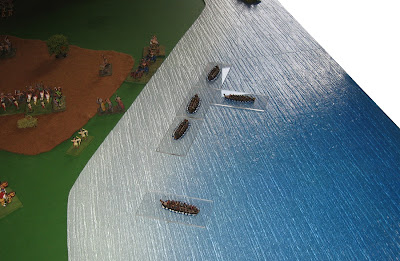 (waterways and sprawling BUAs: some attractive features from the DBMM tables I now miss) 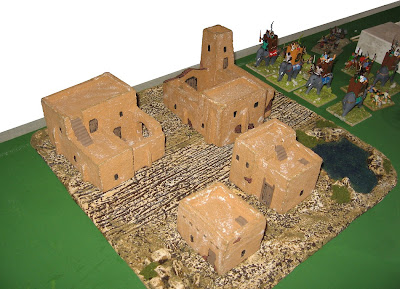 I'll provide a link to the NDBML information page (MAWS/NDBML), but as you may be lazy, I'll download the picture you are bound to be after.
I usually get a snap of the winners at these events, but I was busy this time. 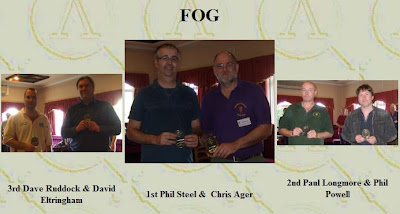 I very rarely publish my lists, but this one must be good as it has won its last 4 games and with commanders who are not atop those ranking thingies.


The list is actually Feudal Aragonese from Oath of Fealty, and we selected ...
TC Commander + 2 sub TCs and 1 French allied TC;
2BGs of 6 ave unprotected LF with javelin/Light Spear; 1 BG of 6 ave unprotected LF with slings and an allied French BG of 4 ave unprotected LF with bows; 3 BGs of ave unprotected LH with javelin/Light Spear;
1 BG of undrilled, protected, ave HF defensive spearmen; 1 BG of drilled, prote
cted, ave HF defensive spearmen and 1 BG of drilled, protected, ave MF with crossbow (both Military Orders).
3 BGs of undrilled, armoured, superior Knights; 1 BG of drilled, armoured, superior Knights (Military Orders); and 2 BGs of allied French undrilled, armoured, superior Knights. (16 Battle Groups, exactly 900 points)
There are many, many reasons why this might not be the perfect army, but it plays very well when it goes into action.
Followers of this blog will know we go to lots of places on our Shows North travels. Halifax is one of those places I think I rather like.

Next up? See you in Derby over the weekend.

(looking forward to Derby with the Society of Ancients)

In amongst the other events, there is a random armies Armati event (good luck, Will), but I will be forgoing that to run the Society stand whilst Graham entertains you with The Elephant In The Room.

We will also have the September issue of Slingshot, hot off the press (arrived here yesterday).
Those FoG Generals you all like 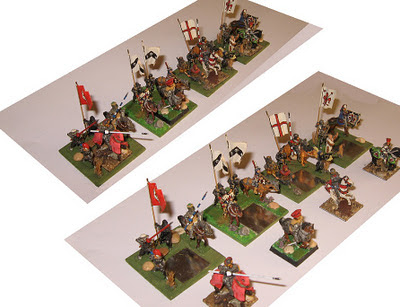 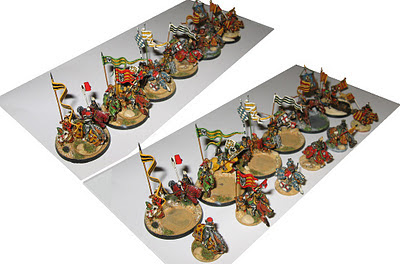 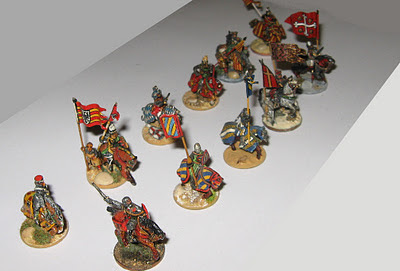