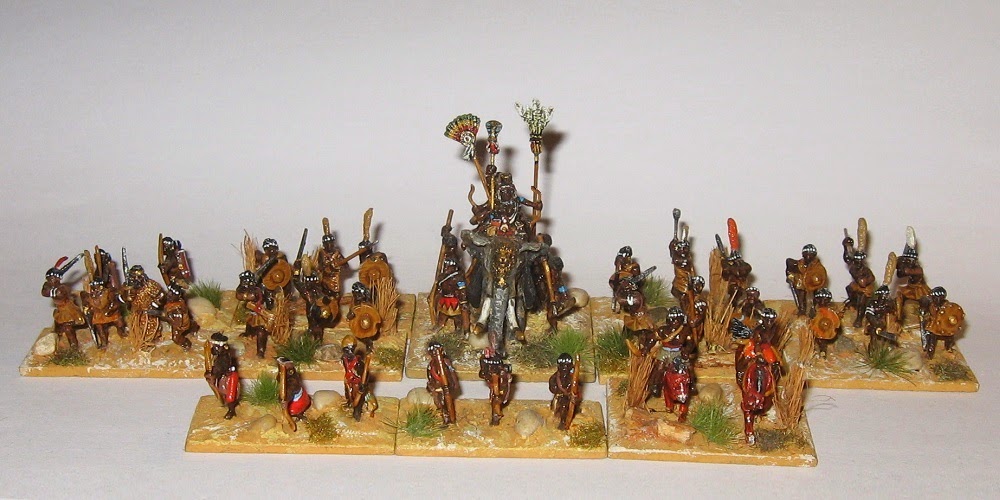 This is the other half of The Axumite Invasion of Arabia pairing: the Axumites.   Although it notionally represents king Kaleb's 6th Century expeditionary force, I have included numerous other potentially anachronistic references from the Ark of the Covenant to the Rastafarian colours of modern Ethiopia. 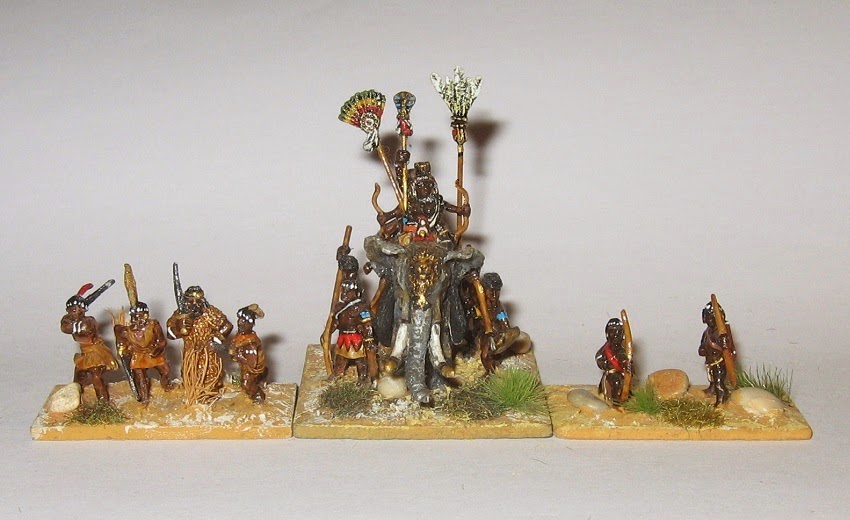 I put 4 figures on the Blade to distinguish it from the Warband elements that make up half the army. 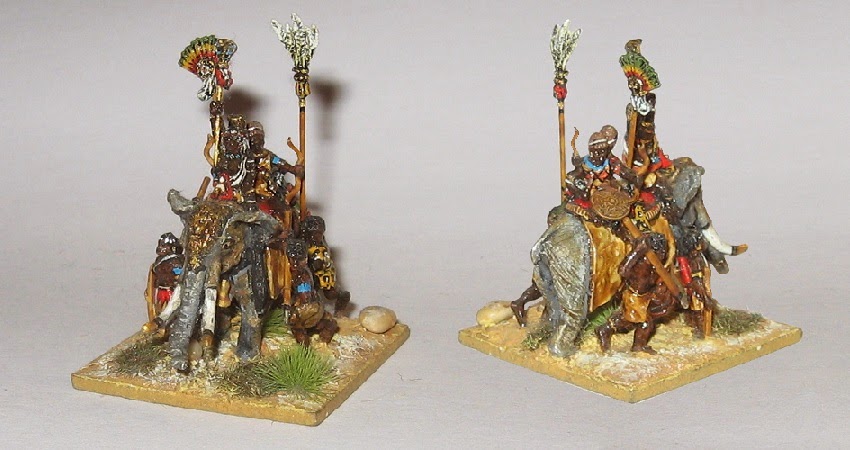 The Elephant General is a characteristic for this army, and I have alluded to a much earlier period by having the beast ridden by a warrior queen - maybe a descendant of the legendary Queen of Sheba.  She holds aloft a cobra mace and is cooled by ostrich fans ...

A mix of figures but predominantly Lancashire Games (Colonial period) Sudanese warriors ... I thought they looked suitably up for it. 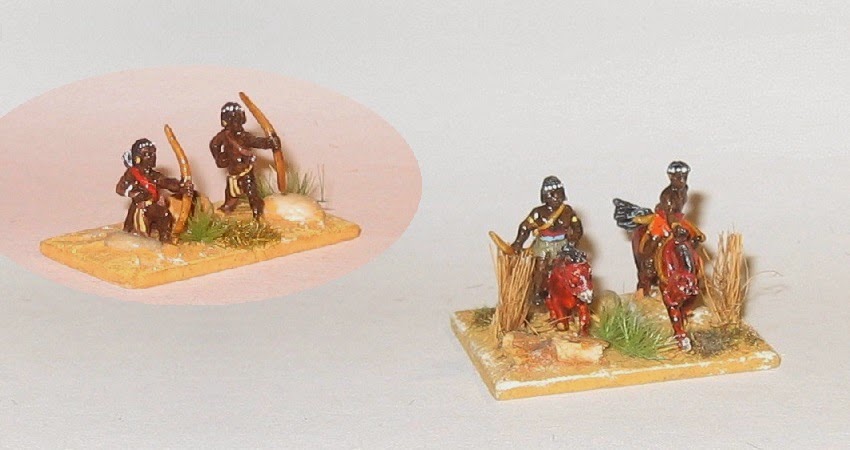 All Essex in this case I think.

The army's camp includes a screened off mobile Ark (you will be instantly struck down if you touch the Ark of the Covenant ... mind you it was lost after the battle of Aphek - some say it found its way to Ethiopia), and a Barker Marker obelisk ... 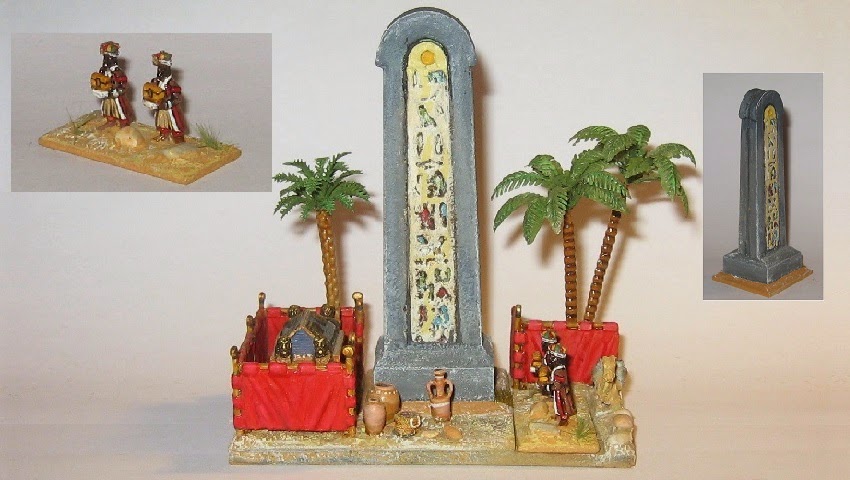 The priests are Museum Miniatures, the lovely earthenware jars are Baueda (and the screens are actually adapted from Two Dragons Samurai equipment ...) ...

The obelisk is covered in Egyptian hieroglyphs in a clear message to the conquered people of Meroe.

The Warband make this engaging army brittle: in a single rank it is hard to win ... doubled up, you can lose the game in a single turn of combat.

I like these better than the Arabs....more fun to play with.

Which may explain why they won more when we used them.

A great looking army once again...and a beautiful camp, once again!