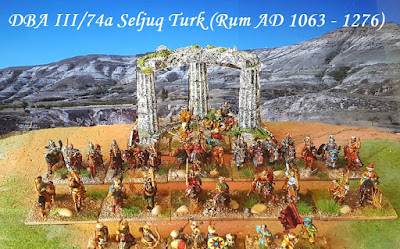 Seljuk (or Seljuq, as DBA has it) Turks ... this is a refurb of a number of oddments that accumulated during the genesis of numerous Crusades games ... put together with a brand new Camp (courtesy of a ruined temple which I won at Partizan last year and which now has a use) ..

The figures are by Museum Miniatures and Essex, with a little help fom Camelot, Outpost (the cataphracts), Irregular, Battle Honours, Tabletop and Donningon (the Snake Charmer set) ... 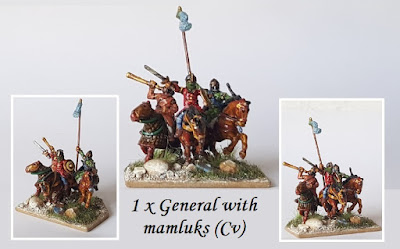 The bulk of the army is a mix of armoured and skirmishing horse archers. 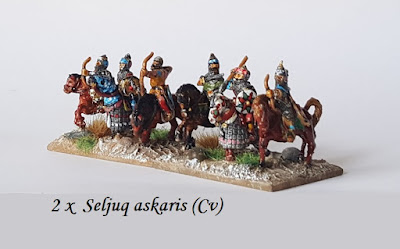 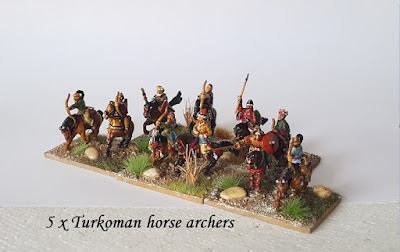 Indeed, all of the rest of the optional troops can, instead, be Turkoman LH. 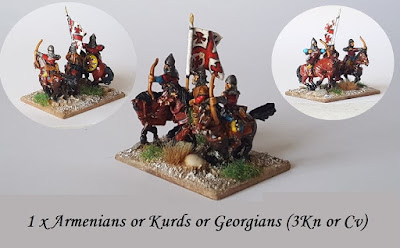 Or Turkomans ... I've gone with the ever willing Georgians (as 3Kn) 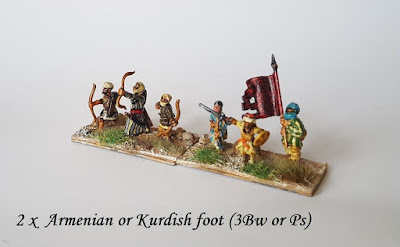 Or Turkomans ... I find a couple of Bw elements always good value in a DBA army. 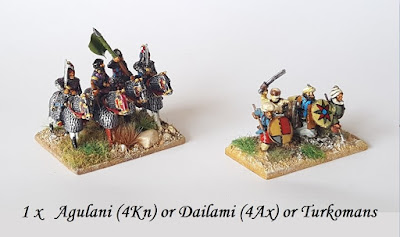 Or Turkomans ... ordinarily I take the Agulani in order to boost up the strike power of the army.

The camp features a snake charmer and a man who has a performing monkey on his shoulder.  My idea was something like 'the fall of Rome in the East' with a touch of Aladin ... There's a little audience gathering ... maybe some of these are pilgrims ... 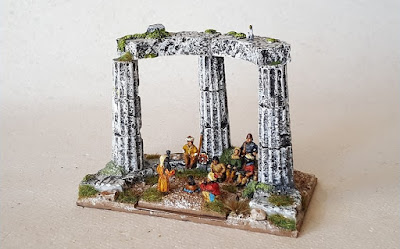 As usual, the Camp Follower detaches for those rare occasions where this makes sense in a game ... 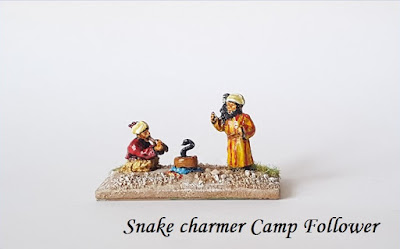 This army sits in my collection paired with Mongol Conquest. 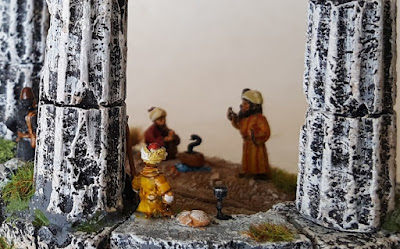 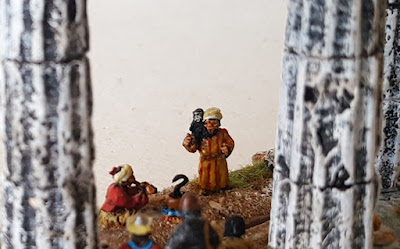 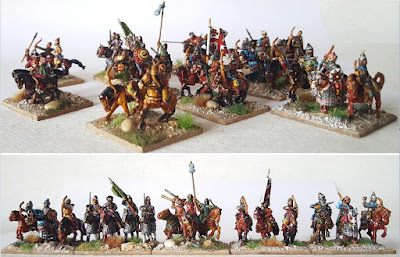 Interesting army and nice brush work. As always your camps are that bit different which is a source of inspiration. I do wonder where you find some of the weird and wonderful bits and bobs for those, or perhaps more why did the manufacturer think there would be a need for snake charmers and monkey handlers in someones army.

I'm always on the look out for such bits and bobs and there are quite a few around these days: I think DBA and the other DBs have created a market for idiosyncratic baggage curiosities - they can attract 'window shoppers' to a range (and I think the manufacturers then hope you will buy an army and 'tell your friends' ... purchases for my DBA armies will never make a manufacturer rich but I do do my best when it comes to 'telling my friends')

Anyway, who doesn't need snake charmers and monkeys? Irregular Miniatures do a monkey climbing a tree ...