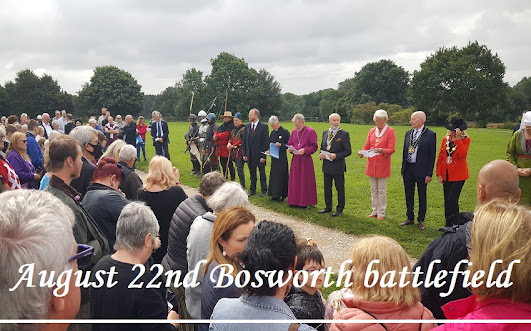 (commemorating the battle anniversary at the Heritage centre)

Much affected by Covid uncertainties, the annual Medieval Festival at Bosworth went ahead in a reduced format this year ... a Living History and Commemoration, but without the big reenactment and Medieval Fair. 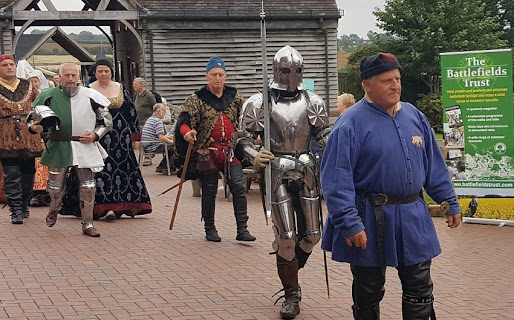 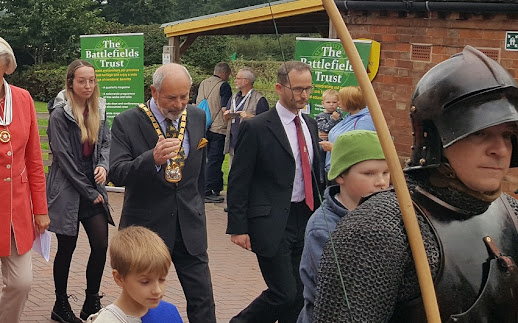 (this year, the Battlefields Trust stand was strategically placd on the commemorative procession route) 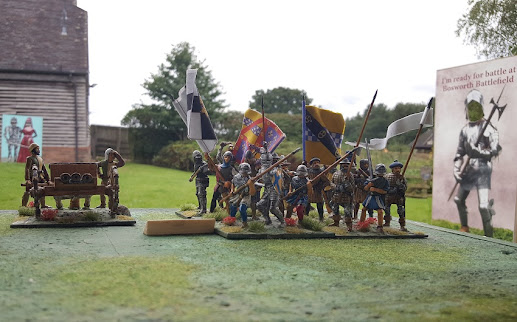 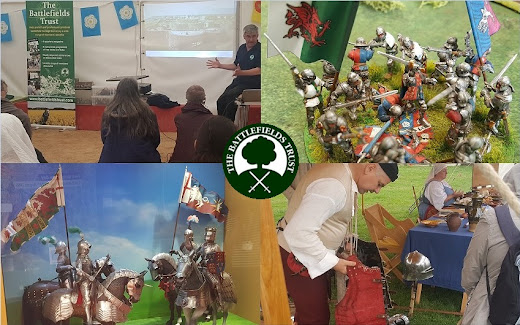 (scenes from Bosworth 2021 ... including the lecture pavilion, Richard in battle and Living History displays) 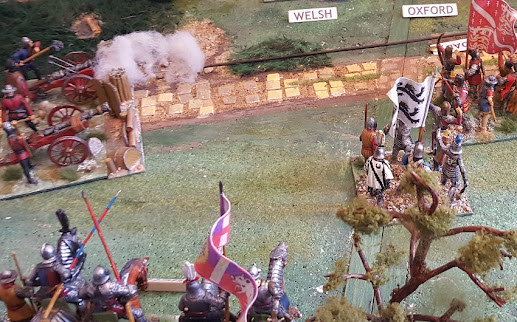 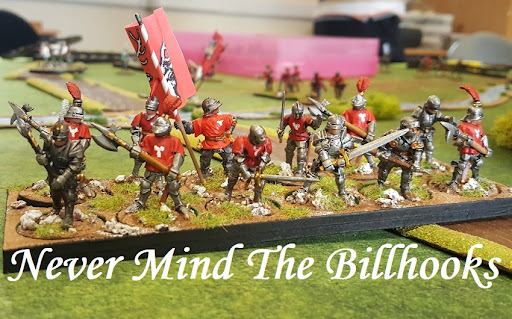 (miniature action at Bosworth: Never Mind the Billhooks)
So a lower key event than usual at Bosworth, this year, but more time to meet people, forge links and reflect on the tumultuous events of 1485.  A place-holder for the return of the big battle next year - and a rare opportunity for me to do both days ... usually the Sunday of Bosworth is Partizan in Newark (which, this year, again fell victim to the pestillence) ...
The good news, however, is that the Autumn version of the show The Other Partizan is confirmed for October - and things are looking good.  Ancients is back on the move, you might say.  Our odyssey continues. 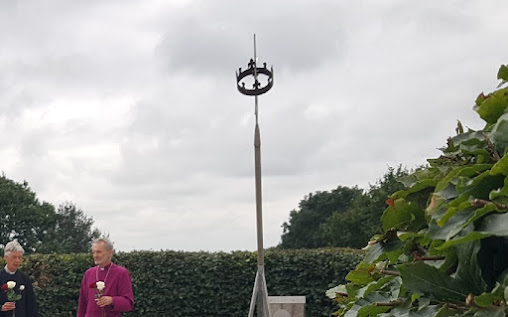